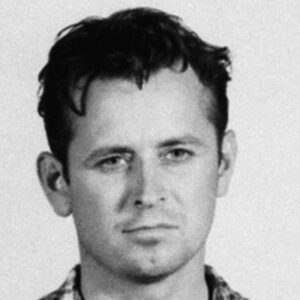 James Earl Ray was an American assassin who killed Martin Luther King Jr. He spent the rest of his life in prison. Ray grew up in an impoverished family because his father couldn’t support them. His father was implicated in a cheque forging case and had to relocate to avoid the cops. Ray got involved in a lot of crimes when he got out of the military. He was convicted several times and escaped once. Ray reportedly had significant anti-black prejudice and volunteered for George Wallace’s presidential campaign, a noted opponent of integration. Despite his conviction, questions remain about his role in King’s death. Even King’s family suspected he was the assassin and asked for a retrial in his final years.

James Earl Ray was born in Alton, Illinois, on March 10, 1928. His parents were George Ellis Ray and Lucille Ray. He was Irish, Scottish, and Welsh. Ray had 7 siblings.

James Earl Ray grew up a Catholic with conservative religious convictions.
Earl Ray’s family had issues with the cops when he was a kid. Ray’s father falsified a check and had to relocate his family to Ewing, Missouri. He even changed his surname to Raynes to dodge the cops.
Ray dropped out of school at the age of fifteen due to family finances. After the war, he joined the US army and served in Germany.

Early Ray had a criminal record dating back to when he left the US Army. He was first convicted of a burglary in 1949 in California. Authorities suspect he started committing crimes because he couldn’t afford to live.
In 1952, he was sentenced to two years in jail for armed robbery. He was convicted of mail fraud in Hannibal, Missouri, and served three years in the Leavenworth Federal Penitentiary.

He was arrested stealing $120 at a St. Louis Kroger in 1959. He got 20 years in prison. He fled prison in a truck carrying bread from the prison bakery.

Early Ray moved across the USA, Canada, and Mexico after his escape. In 1967, he returned from Mexico to Los Angeles and enrolled in a bartending school.

He was drawn to George Wallace’s presidential candidacy while taking dance classes. Ray was a racist who believed in white supremacy. Having volunteered for Wallace’s campaign, he was devastated when Wallace lost.
Ray wanted to move to Rhodesia (now Zimbabwe), where a white minority regime declared independence from England in 1965.

Ray had a cosmetic reconstruction surgery in 1968 to mask his identity in Los Angeles. Confident he wouldn’t be identified, he set out for Atlanta, Georgia.
Ray’s hatred for Martin Luther King Jr. began with his support for Wallace’s presidential candidacy. He saw King as a significant threat to white supremacy in America and sought to stop him at any costs.

He informed the clerks at Aeromarine Supply Company in Brimingham, Alabama, he was going hunting with his brother.

After buying the rifle, he returned to Atlanta, where he learned King was preparing a return to Memphis. He drove to Memphis after reading the news in the papers.

King came to Memphis to end a garbage strike. Earl Ray, a diehard segregationist, despised King’s integration ideas. He assassinated him to prevent blacks from attaining parity with whites.
Earl Ray shot King from the balcony of his motel room. Early Ray fired a single shot from his shared room’s bathtub, balancing the gun on a window sill.

Ray fled the scene and was never found by the cops. A two-month manhunt spanning five nations was undertaken to apprehend him. The FBI’s greatest and most expensive manhunt ever (at that time).
Ray was discovered in February 1968 in London. He was promptly extradited. Ray pled guilty to murder and received a 99-year sentence.

Ray fought to overturn his sentence even after pleading guilty to King’s murder.
Ray then said he wasn’t the only one involved in King’s murder. He claimed that a man he met in Canada named Raoul planned and executed the murder.

In the early 1990s, he began to suspect the government was behind the murder. The 1978 special congressional committee agreed that Ray may not have acted alone in the assassination due to the detailed planning necessary.

Ray escaped from the Brushy Mountain State Penitentiary near Petros, Tennessee, alongside six other inmates in 1977. The seven prisoners who escaped were apprehended and returned to prison within two days.
After his arrest, his sentence was increased to 100 years. After his capture, Ray engaged attorney Jack Kershaw to help him prove he wasn’t the one who killed King.

Kershaw and Ray gained authority from the US House Select Committee on Assassinations to conduct ballistics testing. Ray stayed in prison after the ballistics tests came up empty.

Kershaw forced Ray undergo a polygraph test for a Playboy interview. Playboy claimed Ray had committed the crime alone in a story based on the test.
Ray fired Kershaw after discovering that Playboy paid him $11,000 to facilitate the interview.

Dexter King contacted Ray in prison in 1997 and questioned if he had killed his father. Ray denied committing the crime. Dexter and his family believed he was innocent and begged the government to retry him.

A new trial was denied. However, a Memphis restaurant owner was charged with murder conspiracy in 1999. He was judged legally guilty and King’s family accepted $100 as restitution.

Ray was then given a pretend trial by Dr. William Pepper to attack the government for refusing him a trial. Ray was never suspected by King’s family.

Ray spent the remainder of his life in prison and had renal and liver problems. He was moved to the Lois M. DeBerry Special Needs Facility in Nashville, which had hospital facilities.

Ray died of Hepatitis C on April 23, 1998 at age 70 at Columbia Nashville Memorial Hospital. He did not want to be buried in America since he felt unjustly treated by the American government.

His ashes were flown to his ancestral homeland, Ireland. Ten years after his death, John Larry Ray co-authored ‘Truth At Last: The Untold Story Behind James Earl Ray and the Assassination of Martin Luther King Jr.’ with writer Lyndon Barsten.

James is one of the richest Criminal & listed on most popular Criminal. According to our analysis, Wikipedia, Forbes & Business Insider, James Earl Ray net worth is approximately $1.5 Million.

For being drunk and resisting arrest while in the military. His lack of discipline disqualified him from military service.