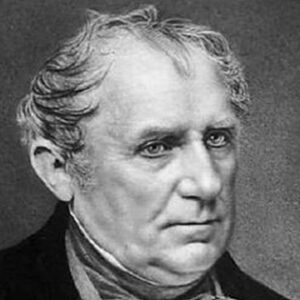 James F. Cooper was an American novelist of the nineteenth century. He is best known for the ‘Leatherstocking Tales,’ which include ‘The Last of the Mohicans,’ which is widely regarded as his opus. His historical novels depicting frontier and Indian life in early America shaped an unmistakable subgenre of American literature. Prior to writing, he served as a Midshipman in the United States Navy, and his experiences were reflected in a number of his works and books. While many of his works were admired by a broad range of people throughout his lifetime, certain segments of society criticized his works for his approach. Among his other significant works are ‘The Prairie’, ‘American Thoughts’, ‘A Letter to his Countrymen’, ‘The American Democrat, and ‘The Pathfinder’, among others. He was better respected abroad than he was in his own country at the time of his demise. Although he was out of step with his compatriots, he influenced a number of European writers, including Leo Tolstoy and Honore de Balzac. His compositions frequently dealt with bigotry, didacticism, and romanticism.

James Fenimore Cooper was the eleventh of twelve children born in Burlington, New Jersey, to William Cooper and Elizabeth Cooper. His father was a member of the United States Congress. Many of his siblings perished when he was still a youngster or in his infancy. The family relocated to Cooperstown, New York, shortly after his birth.

He enrolled at Yale University at the age of 13, but his mischievous disposition caused him to be expelled in his third year, preventing him from completing his degree.
After abandoning scholastic pursuits, he began working as a sailor in 1806 at the age of 17 and joined the crew of a commerce vessel. He was commissioned as a midshipman in the United States Navy a few years later.

In 1819, following the deaths of his father and brothers, he became the leader of the Cooper band. As a result, he assumed entire responsibility for all the affluent Cooper manors, which were seriously in debt at the time.
In 1820, he released his first book, ‘Precaution,’ which was a modest success. The next year, he published ‘The Spy’.

This book became more popular than the previous one, propelling him to international fame and renown.
In 1823, he wrote ‘The Pioneers,’ the first of the stories that would later appear in the renowned ‘Leatherstocking Tales.’ This novel became known as the ‘first authentic American novel’.

In 1826, he published ‘Last of the Mohicans,’ which is usually regarded as his masterpiece, and became one of the nineteenth century’s most widely read books. He relocated to Europe the following year in search of a better life for his children.

In 1827, he followed up on the preceding story with a third installment in the ‘Leatherstocking series’ titled, ‘The Prairie.’ He subsequently published ‘Notions of the Americans,’ which established him as a very contentious figure due to the book’s failure to satisfy both the British and the Americans.

In the 1830s, his writings took on a political tone. In 1831, he published the novel ‘The Bravo,’ in which he denounced European anti-republicanism. In 1832, he defended the United States against a number of charges leveled against them by the Revue Britannique in a series of letters to Le National, a Parisian publication. In 1833, he returned to the United States.

He released ‘History of the Navy of the United States of America’ in 1839, a book he had intended to write for a lengthy period of time.
In 1840, he wrote ‘The Pathfinder,’ the fourth book in the ‘Leatherstocking’ series. This also achieved some success. The next year, he wrote ‘The Deerslayer,’ the fifth and last installment in the ‘Leatherstocking’ series.

In 1850, he released his final book, ‘The Ways of the Hour.’ The novel was intended to be a parody of American social life.

His most renowned novel, ‘The Last of the Mohicans,’ was the second installment in the pentalogy ‘Leatherstocking Tales.’ This work is often regarded as his magnum opus. It was widely recognized as one of the ‘best English novels of the day’ upon its debut and remains one of the most often read novels in institutions’ ‘American Literature’ courses. The novel has been adapted numerous times for film, theatre, comics, animation series, radio, opera, and television.

James Cooper was a devout disciple of the Episcopal Church from an early age and remained an active member throughout his life.
In 1811, at the age of 21, he married Susan Augusta de Lancey. The couple had seven children, five of whom made it to adulthood.

He spent his final years in Cooperstown and died of dropsy, a type of ‘edema.’
He became well-known as the first American writer to include influences and characters from African-American, Native American, and African cultures in his works. He was also well-known for his significant contribution to ‘Romantic’ works.

In 1940, the United States of America recognized him with a memorial stamp in the ‘Famous American’ series.
Numerous dining halls at the State University of New York at Oswego bear his name.

In modern times, the ‘James Fenimore Cooper Memorial Prize’ is given to students at New York University who have excelled in the subject of ‘journalism.’

James is one of the wealthiest novelists and is ranked as one of the most popular novelists. James Fenimore Cooper’s net worth is estimated to be $1.5 million, based on our analysis of Wikipedia, Forbes, and Business Insider.

This eminent American novelist eventually became a vestryman and made religious contributions to an Episcopal Church, even taking on the task of providing the church with ‘oak’ from his own funds.