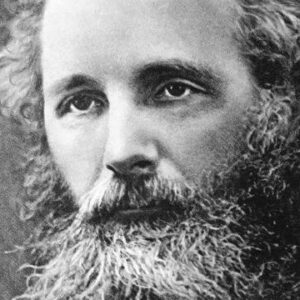 James Maxwell, a Scottish physicist who is widely regarded as one of the greatest scientists of all time, is credited with developing the classical theory of electromagnetic radiation. His discoveries are regarded to be on par with those of eminent scientists Isaac Newton and Albert Einstein in terms of physics relevance. He established that electric and magnetic forces propagate through space like waves back in the late 1800s. He was instrumental in the development of the phenomenon known as the Maxwell-Boltzmann distribution. He was one of the first contemporary physicists whose work laid the groundwork for subsequent research in the domains of special relativity and quantum mechanics. Maxwell had always had a natural curiosity about the world around him, even as a child. His mother encouraged her son’s desire to learn, but she died when he was only eight years old. The small kid grew up to be a brilliant and intellectual young man whose contributions to physics in the twentieth century would have a significant impact. He made substantial contributions to mathematics, astronomy, and engineering, and was regarded as one of the greatest brains of his day. This outstanding scientist’s life was sadly cut short by cancer when he was only 48 years old.

John Clerk and Frances Cay had a son named James Clerk Maxwell, who was born in Edinburgh on June 13, 1831. His father was an attorney, and his family was wealthy. His parents had met and married in their late forties, and a baby girl had died in infancy. His mother was 40 years old when he was born.
As a child, he was a bright and inquisitive child, and his mother supported him in his search for knowledge. His mother, however, died of cancer when he was only eight years old.
James’ upbringing was taken care of by his father and an aunt. His early schooling was provided by a tutor. His tutor, on the other hand, was not very helpful, so his father sent him to the Edinburgh Academy.
At the academy, he met Lewis Campbell and Peter Guthrie Tait, who would go on to become notable scholars in the future, and the three remained lifelong friends.
When he was 14, he published his first scientific paper. Because Maxwell was too young to present his work, ‘Oval Curves,’ a professor presented it to the Royal Society of Edinburgh.
After graduating from the academy in 1847, he enrolled in the University of Edinburgh. Sir William Hamilton, who taught logic and metaphysics, and Phillip Kelland, who taught mathematics, were his professors.
He experimented with chemical, electrical, and magnetic equipment in his spare time. He found photoelasticity while experimenting with polarized lights.
He was a skilled mathematician and had published numerous articles while still in his teens. In 1850, he enrolled in the University of Cambridge and graduated in 1854 with a degree in mathematics. In 1855, he was elected a Trinity fellow.

In 1856, he obtained a position as physics professor at Marischal College in Aberdeen. At the time, he was only 25 years old! He became a professor of natural philosophy at King’s College London a few years later.
He experimented with color photography throughout the next few years, as well as developing his ideas on gas viscosity and proposing what became known as dimensional analysis.
He made numerous notable discoveries in the electric and magnetic domains during the late 1850s and 1860s. In 1861, he released a paper titled “On Physical Lines of Force.”
In 1865, he resigned from King’s College. In 1870, he published a paper titled “On Reciprocal Figures, Frames, and Diagrams of Forces,” and in 1871, he released the textbook “Theory of Heat.”
He was appointed Professor of Experimental Physics at Cambridge in 1871 and led the newly established Cavendish Laboratory, where the next generation of physicists carried on his work for the next several decades.
In 1871, he established Maxwell’s thermodynamic relations, and in 1874, he built a plaster thermodynamic representation based on Josiah Willard Gibb’s thermodynamic writings to explore transitions.
He oversaw the laboratory’s development, including the procurement of the equipment. He edited Henry Cavendish’s research and contributed some useful original remarks to it. Unfortunately, because he was afflicted with cancer in the 1870s, this would be one of his final big compositions.

The classical theory of electromagnetic radiation, developed by Maxwell, unified electricity, magnetism, and light as manifestations of the same phenomenon. After Isaac Newton’s first great unification in physics, his electromagnetic equations are regarded as the “second great unification in physics.” The existence of radio waves was predicted as a result of the unification of light and electrical phenomena. One of his most important contributions to physics was the invention of the Maxwell–Boltzmann distribution. This distribution describes particle speeds in idealized gases in which particles flow freely and only collide briefly.

For his essay ‘On the Stability of the Motion of Saturn’s Rings,’ he received the Adams Prize of £130 in 1859.
In 1860, the Royal Society awarded him the Rumford Medal for his color work.

In 1858, he married Katherine Mary Dewar. His wife, a college principal’s daughter, assisted him in his investigations. The couple had no children but were extremely attached to one another.
He developed stomach cancer and died at the age of 48 on November 5, 1879. His mother died of the same ailment at the same age years before.
Maxwell Montes, a mountain range on Venus, and the Maxwell Gap in Saturn’s Rings are both named after him.