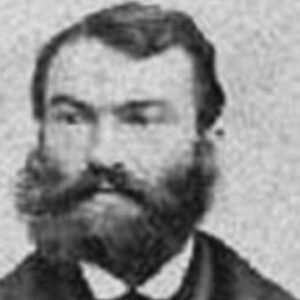 James Parkinson was an English doctor who wrote about a disease called “paralysis agitans,” which became known as Parkinson’s Disease later on. Famous for his work “An Essay on the Shaking Palsy,” in which he said that shaking palsy was a disease of the central nervous system and gave detailed descriptions of six people who had the disease. He was born into a family where his father was an apothecary and surgeon. When he was young, he decided to follow in his father’s footsteps. He was naturally interested in medical science and genuinely cared about the health and happiness of other people. He was smart and worked hard, so it was easy for him to get into the London Hospital Medical College. He then went on to study more at the Royal College of Surgeons. At first, he worked as an apprentice in his father’s practice. When his father died, he took over the practice. Even when he was still a young doctor, he became interested in mental illnesses. John Hunter, a researcher who was interested in biology, pathology, and medical science, had a big impact on him. He was a surgeon, but he was also a geologist, a palaeontologist, and a political activist who fought for many causes. Every year on his birthday, April 11, World Parkinson’s Day is held.

James Parkinson was born on April 11, 1755, in the London neighborhood of Shoreditch. His father, John Parkinson, was a doctor and pharmacist who worked in London’s Hoxton Square. William was his brother, and Mary was his sister.

From a young age, he was interested in medicine and knew he wanted to become a doctor like his father.
As a student in medicine, he learned Latin, Greek, natural philosophy, and shorthand. He was smart and worked hard. In 1776, he went to the London Hospital Medical College to study medicine. Later, the Royal College of Surgeons gave him a diploma.

He cared a lot about how people were doing and were especially interested in the different mental illnesses people had and how those illnesses affected their lives. The work of researcher John Hunter, who was interested in biology, pathology, and medical science, had an effect on him.

In 1777, the Royal Humane Society gave James Parkinson an honorary medal for helping his father bring a man back to life after he had hanged himself.
In 1784, the Corporation of London gave him permission to work as a doctor.

He first worked as an apprentice in the office of his father. After his father died in 1794, he took over the business.
As a doctor, he worked hard to improve the general health and well-being of the people and cared deeply about their welfare. He wrote a number of medical doctrines that showed not only how much he knew about medicine but also how much he cared about people.

He was interested in many things, and mental illness was one of them. He was worried about how the mentally ill were treated back then. He fought for the mentally ill and their doctors and caretakers to be protected by the law.

He was a surgeon, but he was also very interested in geology and paleontology. He put out the first volume of “Organic Remains of a Former World” in 1804. The second volume came out in 1808, and the third came out in 1811. He also did the illustrations himself.

In 1807, he went to the Freemasons’ Tavern in London to see a group of important men get together for the first meeting of the Geological Society of London. Sir Humphry Davy, Arthur Aikin, and George Bellas Greenough were among the other well-known people who were there.

In 1812, he and his son wrote an English account of appendicitis. It was the first time the disease was written about in English and the cause of death was shown to be a perforation.

In 1817, he wrote “An Essay on the Shaking Palsy,” in which he described in detail the symptoms of the disease shaking palsy, which is characterized by long-term shaking in different parts of the body, especially the hands and arms. A few decades later, the French doctor Jean-Martin Charcot gave the condition the name Parkinson’s.

He had many sides to his personality, and he was also a social reformer and political activist who spoke his mind. He was very critical of British Prime Minister William Pitt and wrote several pamphlets calling for direct citizen representation in the House of Commons and universal suffrage.

He was an active member of the London Corresponding Society for Reform of Parliamentary Representation, which was one of several secret political groups he was a part of.

“An Essay on the Shaking Palsy,” which he wrote in 1817, is what most people remember about him. After seeing six people with the disease, which was called “shaking palsy” at the time, he wrote an essay about how it made them feel. After a few decades, the disease was given a new name: Parkinson’s Disease.

On May 21, 1783, he married Mary Dale. The couple went on to have eight children, but only six of them grew up. Two of them died when they were young.

In 1824, he had a serious stroke that made it hard for him to talk. He died on 21 December 1824. At St. Leonard’s Church in Shoreditch, he was laid to rest. John, who was also a doctor, took over his practice when he died.

James is on the list of the most popular and one of the wealthiest doctors. Wikipedia, Forbes, and Business Insider all say that James Parkinson’s net worth is about $1.5 million.