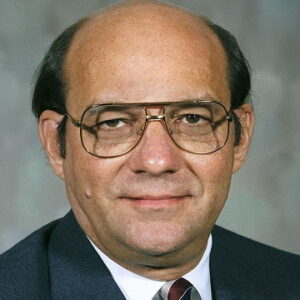 James R. Thompson was one of Chicago’s most prominent opponents of organized crime. As a federal prosecutor, he brought corruption charges against numerous powerful and well-known Illinois politicians. These incidents attracted a lot of attention and served as Thompson’s platform for running for “Governor of Illinois.” Because of his notoriety, he received a record number of votes to win the elections. During his term in office, Thompson successfully managed Illinois’ finances at a time when the economy of the entire nation was struggling. His successful campaigns, in which he fully exhibited his funny and charismatic personality, were essential to the Republican Party’s victory in Illinois. After holding the office of governor for an incredible fourteen years, Thompson left politics, went back to being an advocate, and joined a legal practice. He consistently held senior positions at the firm, which took on cases with state and federal significance. It was further evidence of his effectiveness as a politician and lawyer when he was selected as one of an elite group of ten individuals for the “9/11 commission.” Not one to sit back and relax, he continues to be active in numerous organizations across a range of industries, contributing his abilities to advance numerous worthwhile causes.

Thompson enrolled at the “University of Illinois” in Chicago in 1953 after receiving his high school diploma to pursue pre-law studies. He spent two years there studying before spending a year at “Washington University” in St. Louis.
He continued his education at the “Northwestern University Law School,” where he earned his Juris Doctor in 1959. He became a member of the Illinois bar that same year and served for five years as a prosecutor in the Cook County State Attorney’s office.

He began working at Northwestern University in 1964 as an “Associate Professor” of criminal law and spent five years there.

In 1969, he was appointed by President Nixon to the position of “Assistant Attorney General,” after which he litigated more than 200 lawsuits before the “Illinois Supreme Court.”
Thompson left his employment and joined a Chicago legal firm as a counsel in 1975. Due to his fame gained through handling high-profile cases the next year, he was chosen as a Republican candidate for the position of “Governor of Illinois.”

He received roughly 65% of the vote in the 1976 elections, comfortably defeating Democratic rival Michael Howlett. He took over as “Governor of Illinois” the next year.

Because the state of Illinois changed the timetable of the gubernatorial election to coincide with the midterm Congressional election, his first tenure only lasted for two years. He was elected three more times, giving him a total of fourteen years as the “Governor of Illinois.”

In 1989, Thompson was named the head of the “President’s Intelligence Oversight Board” by President George H.W. Bush. Regarding the legality of foreign intelligence services’ operations, the board gives the President advice. Thompson spent four years in this position.

He left politics in 1991 and began working for Winston & Strawn LLP in Chicago. He has held several prominent positions for the company during his tenure, and he is currently the Senior Chairman. Under his leadership, the firm addressed legal matters involving governmental rules.

He was named to the 9/11 Commission in 2002 following the attacks on the USA on September 11, 2001. The commission wrote a report on the origin, style, and necessary course of action for the attacks.
Conrad Black, a businessman convicted of fraud, formed the Chicago-based media corporation “Hollinger International,” which is currently headed by Thompson.

He serves on a number of public service boards, including those for the ABA Committee on Sentencing Reform, JBT Corporation, Navigant Consulting Group, Inc., and the Rare Isotope Accelerator Task Force.

He successfully prosecuted and convicted a number of well-known politicians on corruption charges during his time serving as an “Assistant Attorney General,” including Mayor Richard Daley, former Governor Otto Kerner Jr., and former U.S. Senator William Rentschler. He also participated in the groundbreaking Escobedo versus Illinois case before the US Supreme Court.

During his fourteen years as “Governor of Illinois,” he oversaw the resolution of challenging labor-management disputes, frequently traveled abroad to advance Illinois’s commercial interests, and led numerous trade trips to the Middle East, Europe, Mexico, Canada, and Canada.

The “National Law Journal” named him one of the top 100 attorneys in the United States in 1997, and three years later he was included on the list once more.

Thompson wed Jayne A. Carr, an attorney, in 1976 while running for governor. Samantha Jane, the couple’s daughter, was born.

When he was just eleven years old, this well-liked and long-serving former governor of Illinois penned in his high school yearbook, “1984, President of the U.S.,” expressing his desire to become “President of the United States.”