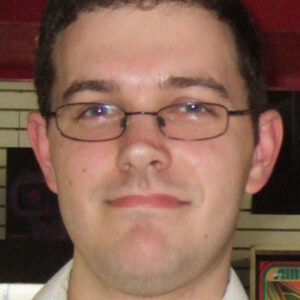 James Duncan Rolfe is a well-known American actor, director, video game and film critic, comedian, and internet personality who rose to prominence as the creator and star of the American comedic web series ‘The Angry Video Game Nerd’ (AVGN). He began filming Nintendo video game reviews at a young age. Initially, he made the Angry Nintendo Nerd films for the sole purpose of sharing and enjoying them with his friends. Later, he and his friend-turned-collaborator, Mike Matei, put these to his website Cinemassacre.com. By that time, he had already uploaded to Cinemassacre several of the other videos he had made on his own. Matei insisted on uploading the Nerd films to YouTube, where they quickly gained a large following, and the series eventually became a show on GameTrailers and ScrewAttack, renamed ‘The Angry Video Game Nerd’. He also directed and starred in Angry Video Game Nerd: The Movie, a film based on the web series. Rolfe has been in films such as ‘Stoney,’ ‘Kickassia,’ and ‘To Boldly Flee,’ as well as TV shows such as ‘Cinemassacre’s Monster Madnesss’ and ‘James & Mike Mondays.’

He had a talent for storytelling as a child, snapping images with his camera and taping them on paper with a narrative about the picture’s story.

His parents gave him an audio recorder as a Christmas present, which he later updated to a video camera, paving the way for his passion for filmmaking.

He was an avid reader of Nintendo Power magazines and was inspired to write his own adventure stories by the American animated television series ‘Teenage Mutant Ninja Turtles’ and video games such as ‘Super Mario Bros.,’ ‘The Legend of Zelda,’ and ‘Contra.’

In his senior year of college, he bought a Panasonic AG-DVX100 camera and would dazzle his peers with the videos he recorded with it. He would also create and update comic books on a monthly basis.

He began filming movies in 1989, and some of his early efforts included the use of Mario Paint. He continued to pursue this pastime in the early 1990s, and subsequently went to university to study hand-drawn animation.

In May 1996, he shot the horror film ‘A Night of Total Terror’ in his backyard, which he described as “the turning point of my life.” After that, he worked on a number of other films till the turn of the century.
In 2001, he released films such as ‘Cinemaphobia,’ which had two versions: a 10 minute and a 15 minute version; the silent picture ‘Kung Fu Werewolf from Outer Space,’ which included voice solely for narration; and ‘Stoney,’ a satire of the film Rocky (1976).

The next year, he directed and starred in the documentary short ‘ROLFE: A No-Budget Dream,’ in which he played himself and acted as a Narrator in the short ‘The Night Prowler.’

In its three halves, his 2003 film ‘Curse of the Cat Lover’s Grave’ depicted three horror genres.
In the film/series pilot ‘Jersey Odysseys: Legend of the Blue Hole,’ he wrote, directed, edited, produced, and played an uncredited part of Narrator (2004). He shot it in his parents’ garage, where he used to run an annual “haunted home” Halloween event during high school. Several antiques and artifacts from the movie were reused in other films by the director.

He would make his first videos with the Nerd character on the spur of the moment, just to have fun with his pals. From 1999 to 2004, he was a student at the University of the Arts in Philadelphia, where he developed the character’s core concept.

When Rolfe filmed a short review of the Nintendo game ‘Castlevania II: Simon’s Quest’ under the title of ‘Bad NES Games’ in May 2004, his pastime became his actual breakthrough. Those ‘Angry Nintendo Nerd’ videos were published on Cinemassacre.com by him and his friend/collaborator Mike Matei that year.

He built a graveyard in his parent’s garage to film the horror comedy ‘The Deader, The Better,’ which was released on December 19, 2005 by ‘Cinemassacre Productions.’ He played a Zombie in the film, which was a tribute to the classic horror film ‘Night of the Living Dead’ (1968).

Rolfe submitted his Nerd films to the YouTube channel ‘JamesNintendoNerd’ (now called ‘Cinemassacre’) on April 6, 2006, after Matei demanded. On September 12 of that year, his persona gained enormous global recognition after his YouTube review of ‘Teenage Mutant Ninja Turtles’ went viral.

His Nerd videos eventually evolved into a popular comedy retrogaming web series, with the original character’s name changed from ‘The Angry Nintendo Nerd’ to ‘The Angry Video Game Nerd’ to avoid trademark issues with Nintendo, as he began reviewing games for other consoles such as the ‘Atari 2600’ and ‘Sega Genesis.’
He plays the title character in the series ‘The Nerd,’ which was turned into a show on ‘GameTrailers’ and ‘ScrewAttack’ in 2007. Over time, the character’s fame grew to the point where he appeared in a variety of other media, including films and video games.

During the 2008-09 season, Rolfe’s character gained notoriety by feigning a conflict with Doug Walker’s character Nostalgia Critic from the American review comedy web series of the same name.

On July 21, 2014, he and Kevin Finn wrote and directed ‘Angry Video Game Nerd: The Movie,’ an American independent science fiction adventure comedy film that premiered at Grauman’s Egyptian Theatre in Hollywood.
The ‘Angry Video Game Nerd: The Movie,’ based on the AVGN web series, had a budget of about US$325,500, which was entirely funded through crowd financing. In the film, Rolfe played the titular role of the Nerd, which was released online on September 2, 2014 via video-on-demand.

In November 2007, he married April Chmura, a cinematographer who worked on his first Nerd series episodes. In April of 2013, their first child was born. Rolfe announced the couple’s second daughter’s pregnancy on his Twitter account on April 19, 2017.

Rolfe, James James Rolfe has a net worth of $600,000 dollars and works as an actor, director, producer, comedian, and writer in the United States. In July 1980, James Rolfe was born in Haddonfield, New Jersey. His web television show The Angry Video Game Nerd is his most well-known work.