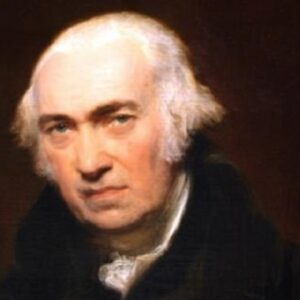 James Watt, a Scottish engineer and instrument maker, is credited with developing the first modern steam engine. Through his creative thinking and scientific knowledge of instrument design, he improved the efficiency of the Newcomen steam engine. In his boyhood, he learnt writing, mathematics, and geometry, as well as the trade of instrument manufacture, which he later pursued as a career and rose to great heights. One of his biggest assets was his ability to learn quickly, allowing him to progress from an apprentice to a skilled professional in a fraction of the time it took others. He was in a lot of debt and couldn’t work as a professional at first, so he was in a lot of poverty. He eventually rose to prominence as a successful and well-known inventor thanks to some of his most notable inventions, including the steam engine, rotary engine, and copying system. His extensive knowledge of mechanical engineering, which paved the path for future generations, also signified his status as one of history’s most illustrious scientists. He also coined the term “horsepower,” and the S.I. power unit, Watt, is named after him. He had seven children and was married twice, but only one of his offspring lived to be 30 years old.

James Watt was born on January 19, 1736, in Greenock, Renfrewshire, to Agnes Muirhead, a well-educated woman, and her husband, James Watt, a well-established shipwright and contractor. John, his younger brother, died while he was young. In his childhood, he was a sickly youngster who suffered from toothaches and migraines. He was unable to attend school on a regular basis due to his physical condition, so he was largely taught at home by his parents. His mother taught him to read, while his father taught him to write and math. He enjoyed putting together different objects for various models using a little toolset at his father’s workshop. In this way, he was drawn to the art of instrument making. His father lost his inheritance owing to commercial failures while he was a teenager, and his mother died. Meanwhile, he opted to pursue a profession as a maker of mathematical instruments.

In 1754, he traveled to Glasgow, where he met Robert Dick through a relative who worked at Glasgow University. Robert pushed him to work as an apprentice in London to learn the craft of instrument manufacture.
He met John Morgan, an instrument manufacturer, in 1755, and he promised to teach him the trade of instrument making for a fee. He labored in the frigid workshop for lengthy periods of time, causing his health to deteriorate. His abilities were superior to those of John’s other apprentices, and he was able to complete his apprenticeship in one year, rather than the usual seven. He returned to Glasgow in 1756 after finishing his training to start his own business of creating mathematical instruments, but he was met with criticism by local tradesmen because he was an outsider who had been taught in London. His credentials and training were scorned.

In 1757, he founded a business on the university campus with the support of his acquaintances at Glasgow University, and was appointed as the “Mathematical Instrument Maker to the University.” He was put in charge of the new astronomy apparatus, which necessitated extra care.
While studying and repairing scientific instruments at the university in 1758, he became friends with some of the instructors. He also created a commercial collaboration with John Craig, a businessman who assisted him in opening a shop in Glasgow where he sold musical instruments.

When a professor attracted his attention to a Newcomen steam engine that wasn’t running properly in 1763, it was the most pivotal event of his life. This tested his inventiveness and scientific understanding, so he turned to his instrument-making skills to discover a solution. He found a new approach to adapt the engine to improve its operating after a two-year study, which led to the invention of the steam engine in 1765. It is still regarded as one of the greatest accomplishments of all time. Through his new ideas and inventive thinking, he improved the operating of steam engines over time. With the help of his associate Matthew Boulton, an industrialist and visionary, he also constructed a copying machine and patented his discoveries.

From 1763 to 1765, he researched the Newcomen engine and discovered flaws that needed to be fixed in order for it to function properly. His first and biggest invention was a separate condenser attached to the engine, where the steam from the engine would be collected for condensation. It would prevent the loss of latent heat and improve the efficiency of the system.

He formed a company with John Roebuck in 1768, who encouraged him to build a steam engine, which he did. Watt’s renowned patent for “A New Invented Method of Lessening the Consumption of Steam and Fuel in Fire Engines” was issued the next year.
He patented a number of techniques to improve the working of steam engines between 1780 and 1790. Rotary motion, double acting engines, parallel motion, and the creation of the pressure gauge are all examples of this.

He became a member of the Royal Society of Edinburgh in 1784.
In Rotterdam, he was elected to the Batavian Society for Experimental Philosophy in 1787.
The University of Glasgow awarded him an honorary Doctor of Laws degree in 1806.
The 11th General Conference on Weights and Measures adopted the watt as the power unit in the International System of Units in 1960.

He married his cousin Margaret Miller in 1764, and they had five children, but only one of them lived to reach 30 years old. In 1772, his wife died in childbirth. He remarried Ann Macgregor, the daughter of a Glasgow dyer, in 1777. They had two children, both of whom died early.
With his second wife, he journeyed to France and Germany after retiring in 1800. In 1816, he returned to Greenock, his hometown. He died on August 25, 1819, at the age of 83, at his home in England.

He once said, “He would rather face a loaded cannon than settle an account or make a contract,” indicating that he was an inventor rather than a businessman.
Every light bulb in the world bears this brilliant inventor’s name.