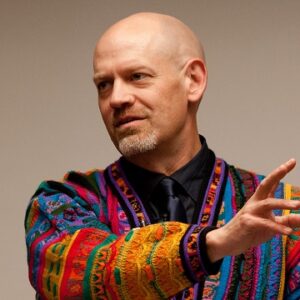 James White is a famous reformed Baptist apologist who has served as an Elder, author, educator, and debater. He is currently the Director of Alpha and Omega Ministries, a Reformed Christian apologetics organization. White is a well-known debater who has taken part in over 150 public, mediated debates. He’s written about Calvinism, Roman Catholicism, Islam, Mormonism, the King James Only movement, Jehovah’s Witnesses, and Atheism, and he’s been a prominent opponent of the fundamentalist tradition of looking at important, accepted, and inspired writings. James White has disputed in key landmark locations around the world in recent years, including Sydney, Toronto, London, and South Africa mosques. White has written more than 20 books in addition to being a well-known debater.

After being chosen to chair the post of Director of Alpha and Omega Ministries, a pre-suppositional apologetics group based in Phoenix, Arizona, James White rose to prominence. He did, however, act as a vital consultant for the Lockman Foundation’s New American Standard Bible before taking up the coveted job.

White originally gained notoriety when he began participating in public debates. He has engaged in over 150 public mediated discussions on themes such as Calvinism, Roman Catholicism, Islam, Mormonism, the King James Only movement, Jehovah’s Witnesses, and Atheism over the years.

He’s also debated with Shabir Ally, an Islamic scholar, and Yusuf Ismail, a South African Muslim apologist.
White has been an elder of Phoenix Reformed Baptist Church in Phoenix, Arizona, since 1998, in addition to being the Director of Alpha and Omega Ministries.

He also works as a professor, instructing students in Greek, Systematic Theology, and numerous apologetics themes. White has written over 20 works on theology, including ‘The King James Only Controversy,’ ‘The Forgotten Trinity,’ ‘The Potter’s Freedom,’ and ‘The God Who Justifies,’ among others.

He also has a blog and hosts ‘The Dividing Line,’ a bi-weekly webcast.

James White was born in Hennepin County, Minnesota, on December 17, 1962. He graduated from Grand Canyon University with a bachelor’s degree and went on to Fuller Theological Seminary for his master’s degree.

White has been claiming the title of Doctor for more than two decades while having only an MA degree.

White only recently enrolled in a Ph.D. program at northwest University in Potchefstroom, South Africa, in March 2017 to justify his unaccredited title.

James White married Kelli and they had two children, Joshua and Summer, together. They also have two granddaughters, Clementine and January.

James White is a professional football player with a net worth of $13 million dollars.