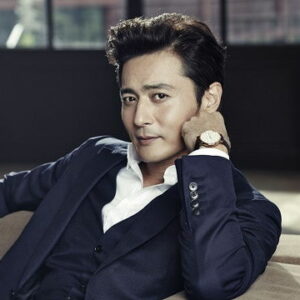 Actor Jang Dong-gun is from South Korea. He formerly held the title of South Korea’s highest-paid actor, according to a study. He debuted in TV series such “Our Heaven” (1992), “Il Ji Mae” (1993), “The Last Match” (1994), and “Icing” to begin his acting career (1996). Then, in 1997, he made his big-screen debut by playing a character in the movie “Repechage.” By the end of the 1990s, he had established himself as one of Korea’s biggest performers, with a sizable fan base that extended to other Asian nations as well. Since then, he has consistently produced mind-blowing performances in a variety of films. His notable motion pictures include “Friend” (2001), “2009 Lost Memories,” “The Coast Guard,” “Typhoon,” and “The Warrior’s Way” (2010). ‘Friend’ went on to become the biggest Korean success at the time of its release, despite the fact that the majority of these movies performed quite well at the box office. Additionally, Jang has had TV roles in the shows “Model” (1997), “All About Eve” (2000), and “A Gentleman’s Dignity” (2012).

Jang was born in Seoul on March 7, 1972. He had been enrolled at the University of Arts, but he left to pursue acting.
He took part in a talent show in 1992, which ultimately paved the road for his career.

In 1994 and 1996, respectively, he appeared in additional MBC shows such “The Last Match” and “Icing.”
In 1997, he made his big-screen debut with “Repechage.” He afterwards went on to work in the same year’s “Holiday in Seoul,” another film.

He played a businessman in the romance drama “Love Wind Love Song” in 1999, in which he also acted. Later, in “Nowhere to Hide,” he portrayed Kim, an investigator. His portrayal in the film received favorable reviews and earned him a prize.

He made an appearance in the 2000 film “Anarchists.” He became famous in Korea as a result of his performance in the film. In 2001, he had his debut in the movie “Friend.” The story of four childhood friends is told in the film “Friend,” which went on to become Korea’s highest-grossing film.
He appeared in the box office success “2009 Lost Memories” in 2002. He also appeared in the film “The Coast Guard” that same year.

He appeared in the 2004 war epic “Taegukgi: The Brotherhood of War.” The film broke prior Korean cinema box office records. More than 11 million tickets were sold, making Jang a celebrity throughout Asia.

He appeared in the high-budget film “The Promise” in 2005. He then had an outstanding performance in “Typhoon.” A $15 million production budget, a record in Korean cinema history, was used to make the film.

He made his big-screen comeback in 2009 with the comedy “Good Morning, President,” following a protracted absence. He portrayed the nation’s youngest president in the film.

In 2010, he costarred with Kate Bosworth and Geoffrey Rush in the film “The Warrior’s Way.”
He starred in the 2011 film “My Way,” which was based on the real-life experience of a Korean soldier. Despite having a large budget, the movie didn’t do well at the box office.

He made his television debut again in 2012 with the SBS drama “A Gentleman’s Dignity.” It was one of the highly anticipated shows because Jang was making a long overdue comeback to television. He also had a leading role in the Chinese translation of a work of classic French literature, “Dangerous Liaisons.”
He appeared in the gangster film “Friend: The Great Legacy” in 2013. He played a hitman in the action thriller “No Tears for the Dead” which was released in 2014.

Jang played an operative for the “National Intelligence Service” in the Park Hoon-jung-directed noir thriller “VIP” in 2017.
Jang was subsequently cast in the movie “Night of 7 Years.” The movie is based on the same-named book.

He recently joined the cast of the Korean version of the popular American sitcom “Suits.” He was also recruited for the “Rampant” project. The film, also titled “Outbreak,” is based on the horrors committed by zombies.

He also joined the cast of “Once Loved You Distressed Forever,” which is a television series.

At the 30th Baeksang Arts Awards, he won “Best New Actor” for his work in “The Last Match.”

Jang received the “Best New Actor” award for his work in “Repechage.”
He won the “Popular Star Award” at the 21st Blue Dragon Film Awards for “Anarchists.”
He received recognition at the “Asia-Pacific Film Festival” for his portrayal of “Friend.”

At the 15th “Chunsa Film Art Awards,” he later took home the “Hallyu Arts Award.”
He received the “Top Excellence Award” and was named one of the “Top 10 Stars” at the 2012 “SBS Drama Awards” for his work in “A Gentleman’s Dignity”
At the 5th Style Icon Awards, he was recognized as the “Style Icon of the Year.”

Jang officially discussed his connection with actress Ko So-young in November 2009. They had previously collaborated on the 1999 movie “Love Wind Love Song.”
On May 2, 2010, the couple exchanged vows at Seoul’s Shilla Hotel. Celebrities and fans attended the wedding ceremony.

A boy and a girl have been given to Jang and Ko So-young.
Jang has been a devout Buddhist since he was a young boy. In high school, he began reading about the faith.
He enjoys playing baseball and is a member of the Korean celebrity baseball team called the “Playboys.”

An actor from South Korea named Jang Dong-gun has a $15 million dollar fortune. In March 1972, Jang Dong-gun was born in Seoul, South Korea’s Yongsan District. His performances in the movies Friend and Taegukgi: The Brotherhood of War are what made him most famous. He attended the drama program at the Korea National University of Arts. In 1992, he participated in a talent competition, and he soon began appearing in television series like The Last Match. In 1997’s Repechage, he made his feature debut. He has primarily appeared in motion pictures, although in 2012 he also played Kim Do Jin in the television series A Gentleman’s Dignity. For Chingoo, Dong-gun earned the Best Supporting Actor award at the Asia-Pacific Film Festival in 2001. He received the Best New Actor and Most Popular Actor Baek Sang TV Art Awards. In 2004, he also took home the Blue Dragon Award for Best Actor. He is one of the most paid actors and endorsers in Korea. Jang is renowned for having a calm, pleasant demeanor. In 2009, he made Ko So-connection young’s known, and the two later got married. The couple is the parents of two kids.