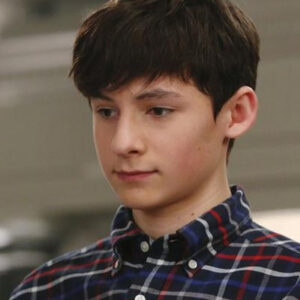 Jared Gilmore is no exception to the rule that child performers hold a special place in the hearts of spectators. After his portrayal as Henry Mills in the ABC network’s fantasy drama series ‘Once Upon a Time,’ the actor catapulted to TV celebrity. Jared is a talented actor who hails from the beautiful state of California. He has received numerous nominations and awards for his depiction of the innovative kid and teen in the series. Jared has appeared in numerous other big Prime Time television series from other networks in addition to ‘Once Upon a Time.’ He is regarded as one of the best and most sought after child actors in the country as a result of his performances.

Jared was bitten by the acting bug early on, and he finally dropped out of school to focus solely on auditioning for his big break. He continued to hone his acting talents through classes, and his dedication paid off when he was cast in a T-shirt ad campaign through a modeling agency.

Jared’s career as a television actor began by chance when he accompanied his mother to a casting meeting set up by an agency for his twin sister, Taylor. The agent chose to represent both Taylor and Jared at the same time. Soon, he was being offered many auditions for major prime-time series.

In 2009, he won his first job as Bobby Draper, the son of ‘Mad Men’ character Don Draper. His part was a recurring one, and his face became a familiar one as a result. ‘Roommates,’ ‘Passion,’ ‘Without a Trace,’ ‘Men of a Certain Age,’ ‘Eleventh Hour,’ and ‘Hawthorne and Talkshow with Spike Feresten’ were among the television programs and talk shows in which he appeared. His most notable role on the big screen was in Jennifer Lopez’s ‘The Backup Plan.’ Aside from that, he appeared in films such as ‘A Nanny for Christmas,’ ‘Opposite,’ and ‘Overnight.’

Henry Mills, the biological son of Jennifer Morrison’s character Emma Swan in the ABC fantasy drama “Once Upon a Time,” is his claim to fame. Jared appeared in the pilot episode of the show, which aired in 2011. Since then, the show has aired six seasons, with a seventh season confirmed. In the episode ‘Wish You Were Here,’ Jared was last seen.

He was nominated for several prominent prizes, including the Screen Actors Guild and the Young Artist Award, for his acting abilities. In 2009, he received the Screen Actors Guild Award for Outstanding Ensemble Performance in a Drama Series for his role of Bobby Draper in Mad Men. He received the 34th Young Artist Awards the following year for Best Performance in a TV Series – Leading Young Actor. Since then, he has been nominated by a number of different award juries for his acting ability.

What is it about Jared Gilmore that makes him so unique?

Jared is not only a gifted actor, but he also exemplifies hard work and dedication. Jared did not lose hope throughout his early struggles, when it was tough for him to secure a breakthrough part. Instead, he continued to hone his acting skills and enrolled in a variety of other classes, such as horseback riding and music, that he believed would help him advance in his career.

Taylor, his sister, was approached by agents at one point, and this could be the start of a sibling rivalry. But Jared managed his emotions with maturity that belied his age, and he remained focused on improving his own abilities.
Jared is well-known in his circle for infusing his work with an infectious honesty that has made him one of the most sought-after kid actors in the television and film industries.

Jared grew up in San Diego, California, but his acting responsibilities have taken him all around the United States and even Canada. Taylor, his twin sister, was also an actress, but she eventually opted to leave the industry to focus on her academics and sports.

Jared is a huge animal lover with a slew of critters that he insists on bringing with him to shoots. Cooper and Emma are his dogs, and he also owns two guinea pigs, Ziggy and Zoey, a bunny named Benjalina, and a cat named Tiger.

Jared S. Gilmore is one of the richest TV Actor & listed on most popular TV Actor. According to our analysis, Wikipedia, Forbes & Business Insider, Jared S. Gilmore net worth is approximately $1.5 Million.