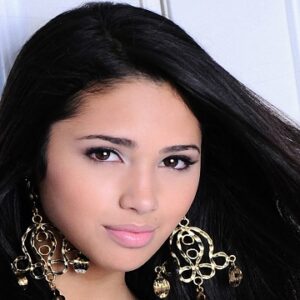 Jasmine Villegas, sometimes known as Jasmine V, is an American singer and actress who specializes in R&B and pop music. The aspiring singer was discovered when she was 11 years old and sang the national anthem at a sporting event. Villegas then went on to have a great singing career, with multiple music videos and live performances to her credit. The American beauty managed to steal millions of hearts all around the world with the publication of her EP ‘That’s Me Right There.’ After joining Justin Bieber on his ‘My World Tour,’ she acquired even more popularity. Villegas is also noted for her acting ability in addition to her singing abilities. She has been in a variety of hit television shows, including ‘That So Raven’ and ‘The Suite Life of Zach and Cody,’ as well as advertisements. Jasmine Villegas has millions of admirers and followers on social media platforms such as Twitter, Facebook, and Instagram.

The Ascension to Stardom of Jasmine Villegas

At the age of nine, Jasmine Villegas starred in her first ad, which was for the animated film ‘The Land Before Time IX.’ She also did commercials for ‘Kellogg’s Eggo’ and ‘Stuff by Hilary Duff’ around that time, as well as a TV show called ‘Threat Matrix.’ Her first professional singing job was singing the national anthem for the Los Angeles Clippers at a game when she was eleven years old. Villegas’ performance drew millions of viewers, and she grew in fame as a result of it. Aside from singing, the gifted young lady has also featured on television shows. She made a cameo appearance in an episode of ‘The Nine’ in 2006. She made a guest appearance as ‘Patty’ in Disney’s hit TV series ‘That’s So Raven’ the following year. She released her non-album singles ‘Serious’ and ‘All These Boys’ three years later. She also worked with Justin Bieber in the music video ‘Baby’ in 2010. She was complimented for her performance once more after appearing in the video. She then joined Justin Bieber on his ‘My World Tour.’ She released the mixtape ‘S(he) Be(lie)ve(d)’ in 2011, followed by the EP ‘That’s Me Right There’ in 2014. Villegas’ singing career progressed, and in March 2015, she released her single “One Night.” She launched the first installment of her songbook series, co-written with R.W. Thomas, two months later. ‘Renegades,’ her Spanish single, was released in June 2015. This American singer and actress has amassed millions of national and worldwide followers as a result of her contributions to music and film. Jasmine V now has 895K Instagram followers and 1.89 million Twitter followers.

Behind the Scenes of Jasmine Villegas

Jasmine Marie Villegas was born in San Jose, California, on December 7, 1993. Robert Villegas, Justin Villegas, and Jream Andrew Sablan are her three brothers, who are of Filipino and Mexican origin. When she was a child, her parents divorced. In terms of her personal life, she dated Ronnie Banks for a long time and became pregnant with his child in 2015. On February 19, 2016, she gave birth to a baby daughter named Ameera Reign Eloise Hackett. Later, in December 2016, the couple became engaged.

1) Jasmine Villegas has a close relationship with Australian artist Cody Simpson.
2) Jasmine V’s grandma encouraged her to pursue a career in modeling, and she soon began competing in pageants.
3) On November 2, 2015, she announced the news of her pregnancy on Twitter.
4) Jessica Sanchez and Gabi Wilson are two young vocalists with whom she has collaborated.
Villegas has a dog named ‘Chase,’ a cat named ‘Snuggles,’ and a fish named ‘Mistake,’ among other pets.
6) She had a brief relationship with Justin Bieber. Villegas first became involved with Bieber after appearing in his music video “Baby” in 2010.

Estimated Net Worth of Jasmine Villegas