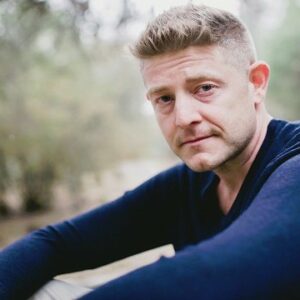 Jason Nash is an actor, writer, comedian, and YouTube personality from the United States. Only a few creative people have made it far enough in the age of digital media to be deemed celebrities, and Jason Nash is one of them. Jason started out doing stand-up comedy and was a semi-finalist on NBC’s ‘Last Comic Standing.’ He’s gone a long way and made a reputation for himself in the internet media world. Frustrated with the lack of innovation in the system, he took matters into his own hands and turned to the internet, where there was no restriction and no one to stop or lead him. Talent finds a way to shine, and he now has over a million internet fans. He admitted that he aspired to be a director like Woody Allen. Jason is also recognized for the immensely famous web series ‘Jason Nash is Married,’ which has been labeled the most successful web series of all time. He’s been selling ideas to MTV and producing internet series for GQ, Regal Cinema’s “Date night disasters,” and Comedy Central since he first appeared on the entertainment scene.

Jason Nash was born on May 4, 1974, in Boston, Massachusetts, to parents of Asian origin. Growing up in Boston was difficult for him, he claims because he was constantly surrounded by non-creative business people, despite his desire to pursue something artistic with his life.

Jason was a huge fan of director Woody Allen as a kid, who virtually always wrote and starred in his own films. Jason aspired to be like him and would hone his acting skills in front of a mirror.

He claims that Woody Allen, who portrays New York as a lovely metropolis with grey hues in several of his films, influenced his decision to come to Hollywood.

The Career of Jason

In the early stages of his career, Jason Nash trained with Upright Citizen Brigade and was a member of the sketch group ‘Price, Nash, and Blieden.’ The modest ensemble caught the attention of Fox and NBC, and they were invited to perform at the Aspen Comedy Festival three times.

Jason Nash moved to Hollywood from his birthplace in 2001 to pursue a career in acting and writing. Prior to that, while still in college, he worked for Norm McDonald on ‘Saturday Night Live,’ but working behind the scenes wasn’t something he wanted to pursue, so he moved to Hollywood.

Jason’s talents were immediately recognized upon his arrival in Hollywood, and he was cast as a member of the VH1 comedy sketch show ‘Random Play.’

During that period, Jason was able to sell several of his TV series, but none of them were ever broadcast. His battle became a familiar one, as it is for most actors at some point in their careers, doing minor jobs here and there in the hopes of breaking into the big time.

When the internet was exploding in 2006, MTV saw an opportunity to interact with young people and purchased Atom.com, a digital entertainment firm that also gave Jason his first major break.

Jason had already worked for MTV, so pitching his program idea was simple, and he was quickly approved. Jason went on to create the MTV online series ‘The Shaman,’ which he starred in. The show was warmly received by the audience.

When Atom.com witnessed Jason’s performance on one of his performances, they quickly recognized his comic brilliance and offered him the opportunity to develop another web series for them, dubbed ‘Jason Nash is Married.’

Jason and his on-screen wife Busy Philips delighted viewers with their domestic shenanigans in the show, which premiered on the site in 2010.

YouTube was growing increasingly popular among teenagers, and some major corporations wanted to capitalize on this trend.

When GQ requested Jason Nash to produce something for them, he responded with ‘How to Be a Man,’ a spoof show in which Jason would interview celebrities in his trademark unapologetic humorous style.

Excited by the positive response to his film from viewers, Jason began creating new screenplays and submitting them to studios for consideration. IFC has released his second film, in which he and his pal Brandon star. During that period, he continued to appear in other internet sketches, and his fan base grew.

He has previously worked with CBS, IFC, and Oxygen. He’s also recognized for co-creating the popular ‘Guys with Feelings’ podcast.

Jason has also appeared in Illustrated, Supernews, House, Drake, and Josh, as well as being a voice artist for the iconic American animated series ‘The Simpsons.’

Jason Nash is a father and a husband. He met his wife in college and dated her for several years before marrying her and tying the knot.

Jason Nash’s net worth is around USD 3 million as of May 2017, which is the total sum of the money he has made through his internet skits, TV appearances, and stand-up shows.