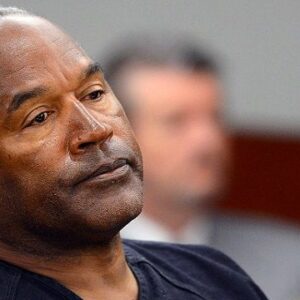 The murders of Nicole Brown Simpson and her friend Ron Goldman on June 12, 1994, led to the trial and acquittal of O. J. Simpson, a former NFL running back, broadcaster, and actor. Much later, in 2012, private detective William C. Dear asserted that his investigation revealed Jason to be the real offender in his book “O.J. Is Innocent And I Can Prove It.” The accusation gained traction since Dear had previously carried out a comparable investigation into the death of Dean Milo in Ohio and had successfully imprisoned 11 individuals, including his brother. Jason, however, was never formally tried and is thought to be leading a quiet life in Atlanta. He was once again in the news in 2016 as a result of the coverage of the incident in the television miniseries “The People v. O.J. Simpson: American Crime Story.”

Jason Simpson was never a suspect in his father O. J. Simpson’s protracted and widely reported murder trial. Following the release of “O.J. Is Innocent And I Can Prove It,” in which Dear discussed intriguing details of his 18-year-long investigation into the two murders, including his list of suspects, his visits to the crime scene and other pertinent locations, and the interviews he conducted, he came under fire in 2012.

He created a precise timeline of the events, gathered proof, and disproved alibis to challenge the LAPD’s incorrect conclusions. He asserted that Jason Simpson, not O. J. Simpson, had committed the killings in a fit of rage and that Jason’s father had gone to the crime scene thereafter. The allegation caused a media sensation, which overnight made him the subject of tabloid gossip.

William C. Dear included a variety of circumstantial proofs in his book to back up his assertion that Jason Simpson was responsible for the killings. He asserted, among other things, that Jason had a history of violent outbursts and was treated for “intermittent rage disorder,” sometimes known as the Jekyll and Hyde condition.

He also discovered a diary entry characterizing the author as three different people, which was later determined to be written by Jason by handwriting specialists. The note also states that the author will kill anyone who causes harm to his loved ones.

Jason was given the medication Depakote to calm his wrath and seizures, and Dear even went into Jason’s trash cans during his hunt. He also offered evidence that Jason had succumbed to drug and alcohol misuse when he was just 14 years old. He was detained at least four times, according to police reports, for offenses like DUI, driving while suspended, and dangerous weapon assault.

Furthermore, at least three suicide attempts are documented in Jason Simpson’s medical records. He had previously used a knife during a heated quarrel to hurt someone and nearly kill his girlfriend. He ran out of his prescription medications six months prior to the murder, which led him to need emergency care and cause him to hear the voices of individuals who weren’t present.

It’s interesting to note that Nicole Brown and her family had made reservations to eat at the restaurant where Jason was employed on the day of her death, but changed their minds, seemingly without Jason’s knowledge. Jason claimed to be in the restaurant when the crime was committed, but his time sheet was written by hand as opposed to being typed.

It is now believed that Jason is the owner of some of the objects discovered at the crime scene, including a knit cap, a bloody glove, and a knife. Even though the forensic evidence did not support O. J., Jason was never put to the test to establish his innocence. Additionally, the crime scene showed evidence of physical assault, although O. J. had only one cut on his body while Jason received no physical examination.

O. J. Simpson and his first wife Marguerite L. Whitley welcomed Jason L. Simpson into the world on April 21, 1970. His parents, who got married in 1967 and went on to have three kids, had him as their second child. He had two sisters: Aaren Lashone Simpson, who passed away in 1979 after drowning in the family pool, and Arnelle L. Simpson, an older sister.

Due to his father’s involvement with Nicole Brown, a waitress at the nightclub “The Daisy,” whom he had met in 1977, his parents split in March 1979. In February 1985, his father wed Brown; however, the union disintegrated seven years later. He has two step-siblings from his father’s second marriage: a brother named Justin Ryan Simpson and a sister named Sydney Brooke Simpson, both of whom were born in 1985. (b. 1988).

One of the wealthiest and most well-known YouTube stars is Jason Simpson. The sources we looked at for this estimate were Wikipedia, Forbes, and Business Insider. Jason Simpson’s net worth is roughly $1.5 million.