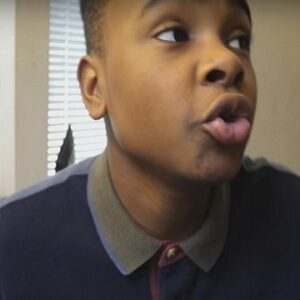 Jason “Jay” Gould was a well-known railroad entrepreneur, financier, and investor who was recognized as one of the brutal “robber barons” of nineteenth-century American capitalism. He began his career as a surveyor in New York and rose quickly to become the deadliest speculator and the largest railroad developer of his day. He had owned and lost a tannery, traded lumber, used banks to finance his investments, and bribed legislators and courts to legalize his unlawful activities in the interim. He was born to a farmer in New York and knew from an early age that he did not want to be a farmer. To make his ambition a reality, he dropped out of school without graduating and began working during the day and studying at night at the age of sixteen. He started his surveying business when he was a youngster, then a few years later he persuaded an established businessman to take him on as a partner in his new tannery, and then persuaded a leather merchant to loan him money so they could take it over. During the Panic of 1857, he began buying stocks and gradually proceeded to take over railroad firms by shrewdly manipulating them, amassing a vast fortune.

Jay Gould was born on May 27, 1836, in Roxbury, New York, a village in Delaware County. John Burr Gould, his father, was a farmer and a storekeeper. Mary More, his mother, was a businesswoman’s daughter.

He began his education at a Roxbury neighborhood school. He made it plain early on that he did not want to be a farmer. His father then enrolled him at Hobart Academy, also in Delaware County, in Hobart. Jay, who was sixteen at the time, started working as a bookkeeper for a blacksmith to help support himself.

During this time, he maintained his schooling on his own, studying at night and focusing on mathematics and surveying. According to some stories, he also worked at his father’s hardware business for a period.

Jay Gould was offered 50% ownership of the blacksmith shop where he had been working in 1853. In 1854, he sold it to his father and relocated to New York, where he started a surveying firm.

Gould surveyed Ulster, Albany, and Delaware counties in New York State for three years, from 1854 to 1856, and generated maps of the area. He began writing at the same time and wrote ‘A History of Delaware County and the Border Wars of New York’ in 1856.

Gould met Zadock Pratt, a well-known industrialist and tannery owner, in 1856. He commissioned Gould to do a survey of another tanning facility in Pennsylvania. When the location was discovered, Pratt and Gourd collaborated to open the tannery.

Pratt invested the entire $120,000 capital himself, while Gould was in charge of the day-to-day operations. According to other sources, Gould also put $5,000 into the initiative, which quickly grew. The alliance, however, did not last.

Pratt was dissatisfied with the performance of his investments. Gould then persuaded Charles M. Leupp, a wealthy New York City leather trader, to lend him money, and in the same year, he bought out Pratt’s stake for $60,000. Following that, he and Leupp became business partners.

The firm prospered until the Panic of 1857, when Leupp lost everything he owned. Gould took advantage of the situation and purchased the properties for himself. He was obliged to sell his portion of the tannery to Leupp’s brother-in-law after Leupp’s death.

He then relocated to New York City, where he began dealing in leather and maybe lumber. Around the same time, he got into the banking business in Stroudsburg, Pennsylvania, and began speculating on Wall Street, manipulating prices for his own benefit.

His foray into the speculation business began in the late 1850s, when his future father-in-law, Daniel S. Miller, asked Gould to assist him in saving his investment in the Rutland and Washington Railroad. During the Panic of 1857, Gould was able to purchase the majority of the company for ten cents on the dollar.

As a result, he gained control of the Rutland and Washington Railroad and efficiently reformed it. More crucially, the deal was his first foray into the world of speculation. He quickly learned how to trade and manipulate stocks. By 1860, he was a well-known Wall Street figure.

Gould continued to speculate in railroad stocks throughout the American Civil War, which began on April 12, 1861. When the Rensselaer and Saratoga Railroad was taken over by investors in 1863, Gould was named its manager. He took over as CEO of the company and made a lot of money.

Around 1866, Gould and James Fisk joined the board of directors of the Erie Railroad, which was in financial distress and had been placed under receivership. Gould, Fisk, and one of the business’s financiers, Daniel Drew, were planning to take over the corporation.

To do so, they had to first get rid of the company’s owner, Cornelius Vanderbilt. The conflict that ensued is now known as the Erie War. They started by diluting the company’s equity and manipulating share prices.

They then used illegal tactics to create 100,000 shares of new Erie stock, which they later legalized by paying legislators. Finally, in the summer of 1868, they were able to depose Cornelius Vanderbilt and install Gould as the company’s President.

Gould then began to develop Erie Railway, substantially increasing the company’s debt. However, he made a lot of money by trading the business’s stocks, and as a result, he got control of another railroad company called Wabash, which primarily carried wheat.

Now he’s come up with a novel way to boost Wabash’s traffic. Gould began hoarding enormous amounts of gold in the late summer of 1869. As a result, the price of gold increased while the value of the dollar decreased.

His theory was that a weaker dollar would encourage foreign merchants to buy wheat, causing the grain to travel eastward. His goal, however, remained unachieved. On September 24, 1869, the stock market plummeted. Many investors lost money as a result of the ‘Black Friday’ event.

The US Treasury, realizing the predicament, began selling gold. Although Gould made a modest profit at first, he lost everything in the subsequent legal battles. In addition, popular opinion was against him.

In 1870, Gould and Fisk teamed up once more to manipulate the stock price of the Erie Railroad, causing Drew to lose a significant amount of money. He eventually left, but Gould had not yet taken full control of the corporation.

In 1873, Gould met a guy who claimed to be Lord Gordon-Gordon and a relative of the Campbells, the ancestors of Scotland’s old monarchs. Gould offered Gordon-Gordon $1 million in stock without understanding he was an imposter, and Gordon-Gordon vowed to assist him in attaining full control of Erie Railroad.

Rather than assisting Gould, Gordon-Gordon cashed the stock and fled to Canada, where he persuaded authorities that he was not guilty. Realizing he had been fooled, Gould pursued him and had him abducted; however, he was apprehended and imprisoned while crossing the border.

Despite the fact that he was eventually released thanks to the intervention of his strong allies, the resulting scandal ensured that Gould would never be able to seize control of the Erie Railroad. He had, nevertheless, amassed a fortune of $25 million at that time.

Leaving for the West

Gould next switched his attention to the Midwest and West, where he began buying Union Pacific Railroad shares in large quantities. He took advantage of low stock prices as well as the current financial uncertainty in order to do so.

He took over the corporation in 1874 and quickly began reorganizing its whole organization. He also bought stock in other enterprises such as the Atlantic and Pacific Telegraph Company, the Missouri Pacific Railroad, and others.

In 1874, Gould bought Pacific Telegraph Company, then in 1879, he bought Missouri Pacific Railroad. He soon had control of 10,000 miles (16,000 kilometers) of railway, which was nearly one-ninth of the length of railway in use in the United States at the time.

In 1881, he bought Western Union to continue his buying frenzy. By 1882, he possessed a controlling interest in 15% of the country’s rail lines and a large number of shares in several railroad businesses.
Soon after, a political conflict occurred over a government loan he had accepted, and he was forced to leave Pacific

Union Railroad in 1883 as a result. However, the stock market had substantially recovered by that time, and Gould was able to profit handsomely on the shares he had been holding.

He acquired a controlling interest in the Manhattan Elevated Railroad at some point. He took ownership of the Wabash and Texas and Pacific Railroads between 1885 and 1889, restructuring them and connecting them to his Missouri Pacific system. Gould founded the Terminal Railroad Association of St. Louis in 1889.

Gould married Helen Day Miller in 1863, and the two lived together until her death in 1889. George Jay I, Edwin I, Helen, Howard, Anna, and Frank Jay Gould were the couple’s six children.

His eldest son, George Jay Gould I, rose to prominence as the owner and manager of a number of railroad enterprises. Helen Miller Gould, his eldest daughter, became a well-known philanthropist.

On December 2, 1892, in New York, Jay Gould died of TB. His six children survived him and he was buried at the Woodlawn Cemetery in New York.
Jay Gould Memorial Reformed Church, located in Roxbury’s Main Street Historic District, continues to bear his name.

His net worth was estimated to be $72 million at the time of his death, which he left to his six children.