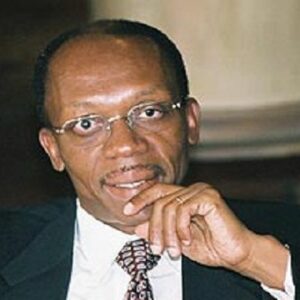 Jean-Bertrand Aristide, Haiti’s first elected President, backed democracy. When he ended the brutal dictatorship in Haiti, he became the people’s favorite new leader. He revived the country’s failing economy and brought the army under civilian control. Despite the opposition’s constant coups, he gave Haiti hope for a better future. He was exiled several times, but returned in 2011 to finish his unfinished revolutionary works. Despite four failed assassination attempts, Aristide continues to work for the poor and oppressed. He is a priest turned politician who believes in liberating people from all forms of injustice and suffering. Haiti has been poor for eons. Aristide worked hard to save his people by providing them with various benefits and services. “For me, the people remain at the heart of our struggle,” he says, and he wants them to choose their leader. Read on to learn more about this political leader and proponent of democracy in Haiti.

Aristide’s father died when he was three months old. His mother took him to Port-au-Prince, Haiti’s capital, for a better future.
In 1958, he entered the Salesians of Don Bosco, a Roman Catholic Institute.

In the same year, he visited Israel, Egypt, Britain, and Canada. Here he studied the Bible and learned French, Spanish, English, Hebrew, Italian, German, and Portuguese.
In 1982, he came home to be ordained.

A Career of Jean-Bertrand Aristide

Aristide chose to fight against the dictators Fran ois and Jean-Claude Duvalier because he was saddened by their poverty and harassment.
He began openly criticizing the Duvaliers, inciting dissent against the regime. The regime deported him for three years to Montreal. When he returned in 1985, the regime’s popular opposition had multiplied.

In September 1985, he was ordained in the St. Jean Bosco church in a disadvantaged area of Port-au-Prince.
Here he preached against the Duvaliers’ dictatorship and organized multiple youth masses to inspire Haiti’s youth to fight for justice.
The most famous of these was the St Jean Bosco massacre on September 11, 1988. Nearly 100 Haitian paramilitary members poured into the chapel, killing 13 and injuring 77.

Following the event, Aristide was expelled. Thousands of citizens gathered at the airport to protest his expulsion. As a result, he was expelled from the Salesian Order for inciting “violence and hatred”.

He declared his presidential candidacy in 1990 and began campaigning. “Front National for le Changement et la Democracy” (FNCD).
He became Haiti’s first elected president with 67% of the vote. Sadly, only eight months after entering government, he was deposed in a coup.

On September 29, 1991, he was forced to resign and banished. Emmanuel Constant created the Front for the Advancement and Progress of Ha Ti (FRAPH), a death squad that terrorized Aristide supporters.

To eliminate the exiled President’s supporters, the FRAPH assassinated most of them.
Meanwhile, Aristide was in Venezuela, gaining international backing. The UN banned Haiti from exporting most of its exports, severely affecting the country’s economy.

The UN and the USA aided his return to Haiti to finish his tenure. The US sent nearly 23,000 troops to Haiti to safeguard the President’s return. He served out his tenure until the 1995 elections.

His ‘Fanmi Lavalas’ party won the 2000 parliamentary elections. It also influenced the Provincial Election Commission, allowing him to win the 2000 presidential elections.

Soon after his re-election, opposition parties and anti-Aristides plotted to depose him. In 2004, he was exiled again, first to CAR, then to SA.
In exile, he acquired a doctorate in African languages from the University of South Africa on April 25, 2007.
Protests for Aristide’s return began in Haiti on March 18, 2011. He returned to campaigning for his party ‘Fanmi Lavalas’.

While president, he instituted significant reforms, particularly in health and education. He improved public health and worked to enhance literacy.

His administration ended human trafficking and abolished the Haitian army. The minimum wage was raised and the agricultural sector was targeted.
Between 2001 and 2004, he built 195 new primary schools and 104 new secondary schools, resulting in a huge increase in school enrollment. His adult literacy initiative influenced the country’s overall literacy rate.

In the first free election in Haiti in 1990, this revolutionary priest elected President.