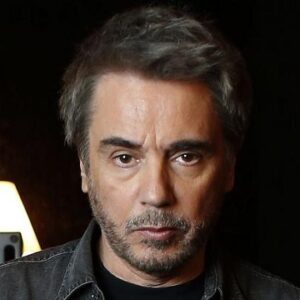 Jean-Michel André Jarre is a well-known composer, musician, and record producer from France. He is regarded as one of the world’s most successful entertainers of all time, having pioneered the electronic, synth-pop, ambient, and New Age genres. Jarre was born in Lyon, France, and began piano lessons at a young age. As a child, he was exposed to a variety of art styles, including street performing. He began out modest and rose to prominence after the publication of his third studio album, ‘Oxygène.’ The album was a tremendous hit in France, debuting at number one on the Albums chart. It also charted at No. 2 on the UK Albums and No. 78 on the Billboard 200 in the United States. The album went on to sell over 12 million copies, making it the best-selling French album of all time.
For his contributions to music, Jarre has received various prizes and honors, including the Platinum Europe Award and the MOJO Lifetime Achievement Award. He has also been inducted into the Guinness Book of World Records for having the largest live audience at an outdoor event. Three times he broke his own record! The French government bestowed the ‘Legion of Honor’ upon him.

Jean-Michel André Jarre was born on August 24, 1948, in Lyon, France, to France Pejot and Maurice Jarre. His father was a well-known composer, while his mother was a member of the French resistance and a concentration camp survivor. Jarre was reared by his mother and grandparents when his father fled for America, leaving his family behind.

After seeing street entertainers perform, he was encouraged to pursue a career in music. He began taking music lessons with the support of his mother. He was also a talented painter who earned money by selling his paintings as a child.

In 1971, Jean-Michel André Jarre published his debut record, ‘La Cage,’ after establishing a modest studio. His debut studio album, ‘Deserted Palace,’ was released the following year. It, however, failed to gain popularity and had little impact on his career. In 1973, he released his second album, ‘Les Granges Brûlées,’ which also failed to chart.

Jarre continued to suffer after his first two albums failed to chart. However, his third album, ‘Oxygène,’ (1976), was a major hit and catapulted him to international fame. It reached the top of the French Albums Chart at No. 1. It also charted in the Top 10 in other countries, including Austria, Germany, Sweden, and the United Kingdom. It also made it onto the Billboard 200 in the United States, where it was ranked 78th. Critics had conflicting feelings about it.

He released his fourth studio album, ‘Équinoxe,’ two years later. It went well as well, though not quite as well as his last album. The sales of his third and fourth albums continued to rise over the next few years. He was inducted into the Guinness Book of World Records in 1979 for having the greatest crowd ever at an open-air concert. More than a million people attended the concert, which took place in Paris’ Place de la Concorde.

Jean-Michel André Jarre was asked to perform at the Les Concerts en Chine in China in 1981. He was the first Westerner to receive this invitation, according to reports. The audience was enthralled by his performance.
He continued to release studio albums in the following years, including ‘Musique pour Supermarché’ (1983), ‘Rendez-Vous’ (1986), and ‘En awaiting Cousteau’ (1990).

Nearly 1.5 million people watched his live performance ‘Rendez-vous Houston’ in 1986. By breaking his prior record, he was able to re-enter the Guinness Book of World Records. In 1990, he set a new record when 2.5 million people attended his concert in Paris La Defense.

‘Oxygène’ was Jean-Michel André Jarre’s first commercially successful studio album. In December 1976, the six-track album was issued for the first time. It reached number one on the French Albums list and also charted in a number of other European nations. It also aided Jarre in gaining international recognition.

Jarre’s eighth studio album was titled ‘Rendez-Vous.’ The album debuted at No. 9 in the UK charts and No. 52 in the US charts when it was released in April 1986. It received a Grammy Award nomination for ‘Best New Age Album.’ Around three million copies of the record have been sold globally.

‘Oxygène 3’ is one of his most recent studio albums. On the 40th anniversary of the publication of the original Oxygène record, the album was published on December 2nd, 2016. The album was well-received, though not as well-received as the original Oxygène album. It charted at No. 51 in France and No. 41 in the United Kingdom. It also charted in a number of additional countries.

In 2011, the French government gave him the title of Officier de la Légion d’Honneur. In 1979, he was the first person to join the Guinness Book of World Records for the largest concert. Later in his career, he broke his own record three times. In his honor, the asteroid 4422 Jarre was named.

Jean-Michel Jarre’s net worth is $100 million. He is a French composer, singer, and record producer. In August 1948, Jean-Michel Jarre was born in Lyon, France. He performs on synthesizers, pianos, organs, laser harps, accordions, guitars, bass guitars, and other instruments. In the genres of electronic, ambient, and new age music, he is regarded as a pioneer.