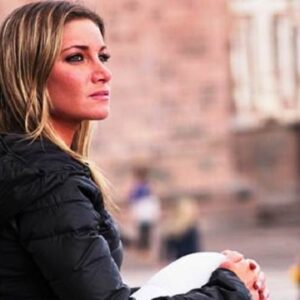 With her longstanding boyfriend and companion, Jesse Wellens, Jennifer Smith, often known online as Jeana Smith, has become a hugely popular YouTube celebrity. Their main YouTube channel, BFvsGF, has a cult following and a large audience. Her YouTube channel has more than a million subscribers. Their videos are popular with viewers owing to their originality, humorous content, and understated respect for one another. Additionally, Jeana has used the channel as a platform for her vlogs, allowing her fans to get a closer look at her life. Together with her business partner Jesse, Jeana manages the hugely popular YouTube channel “PrankvsPrank,” which focuses on the pair’s original public practical jokes. More than 10 million people subscribe to this channel. Through this channel, they also run a Prank Academy where they impart their prank knowledge to viewers. In her third channel, NylahKitty, Jeana also collects and regularly posts videos of her two pet cats. She went through a painful breakup with her partner and live-in boyfriend, Jesse, in 2016, but the two are still cordial and work together.

In October 2009, Jeana and her longtime friend and fellow prankster Jesse Wellens launched their YouTube channel, BFvs GV. The two would devise wild practical jokes to play on one another and would ambush one another in various embarrassing scenarios. He will occasionally terrify her with a huge beatle, and she will occasionally con him into believing that she is infidelity! As the years passed, Jeana’s joke got worse and crazier! The number of subscribers then increased! “BFvsGF” has about a million subscribers and is still growing!

She has so far started two other channels, both with her ex-boyfriend Jesse, in addition to the “BFvsGF” channel. The first is titled “PrankvsPrank,” and it has Jeana and Jesse running a Prank Academy, a pay-per-view collection of tutorial videos where they show YouTubers how to pull off various amusing pranks. The channel also includes videos of personal vlogs and public practical jokes. Since they broke up, Jesse has been using the channel largely for his vlogging, while Jeana has moved her personal vlogging to the ‘BFvsGF’ channel. Additionally, PrankvsPrank has an astounding 10 million+ subscribers! Additionally, the channel has seen close to 2 billion views.

‘NylahKitty’ is Jeana’s third YouTube channel. Her two beloved cats, Nylay and Kitty, are featured in amusing cat movies on the channel. The channel launched in 2011, making it relatively fresh. The films show Jeana as the proud mother of two lovable cats who love to run about the apartment. The channel has more than 37 million viewers and over 700,000 subscribers.

Steve and Harilyn Sue welcomed Jennifer Smith into the world on March 15, 1983, in Philadelphia, Pennsylvania, USA. Jason is her brother’s name. She graduated first in her class from Rowan University in New Jersey and holds a degree from that institution.

In 1996, ovarian cancer claimed the life of her mother. The experience left a lasting impression on 16-year-old Jeana, who has since participated in the National Ovarian Cancer Walk to show her support for those fighting the fatal disease. Prostate cancer struck Jeana’s father for a brief period as well, but he recovered completely.

Around 2005, Jeana and Jesse first connected. Jeana did not respond to Jesse’s approach, and the two did not click right away. She pretended she misplaced his phone number. However, they reconnected, seemed to click, and eventually started dating. In the beginning, Jesse was based in New Jersey and Jeana in Philadelphia.

Jesse had to travel to Korea in 2006 as part of his Air Force duty. The long-distance connection was maintained by Jeana, who even paid him a visit to Korea. After he got back from Korea, the two shared a house in Philadelphia. Fans have been wondering about their impending nuptials during their ten years of dating.

However, the pair parted ways in August 2016. In a tearful video, they announced their decision to take a break from each other and from YouTube to their followers. They attributed a lot of the tension in the relationship to living in the spotlight. Their personal lives were in complete disarray due to the pressure of daily content uploads.

A month later, the pair started posting videos once more. Currently residing in New York and working as a short film producer, Jesse, whereas Jeana has recovered from the breakup and continues to post regular vlogs and cat videos to her three channels, has moved on. She and Jesse are still close friends and work together on their YouTube channel.

One of the wealthiest and most well-known YouTube stars is Jeana. Our analysis of Jeana Smith’s net worth from sources like Wikipedia, Forbes, and Business Insider indicates that it is roughly $1.5 million.