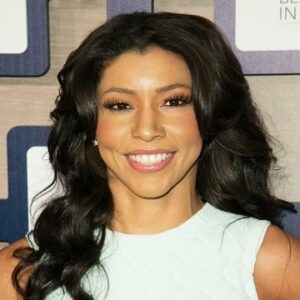 Have you ever wondered where Hollywood superstars get their flawlessly shaped bodies? They enlist the services of Miss Jeanette Jenkins, the creator of Hollywood beach bodies and celebrity fitness expert. Jeanette has excelled in a variety of roles, from being a highly sought-after fitness trainer in Hollywood to cooperating with clients to creating training workout videos for the general public. Jeanette has been a frequent on television shows, talking about her advice and strategies, and she is the author of a super-successful novel. She has over 19 certifications in various parts of fitness, including nutrition and kinesiology, and has been in the fitness industry for over 25 years. Jeanette ensures that her name and renown are always a positive force behind her commitment to society, from being linked with premier fitness brands to helping spread awareness about numerous causes. Despite her success among the tough Los Angeles crowds, Jeanette prefers to keep her head down and not take herself too seriously. She enjoys setting an example for her clients, works harder than anybody else, and believes that if you “push past the challenge, you will gain your breakthrough,” as she puts it. “Never, ever give up.”

Jeanette Jenkins was born in Canada and had a difficult childhood. Jeanette was raised by a single mother with two other siblings, and she had to fight for even the most basic things as a child. Jeanette has always loved athletics and has participated in every sporting event at school, whether it was soccer, football, baseball, or hockey. She was a fierce competitor who aspired to be successful in whatever she did.

Jeanette began working as a lifeguard in high school to supplement her income. She has a passion for exercise since she was a child and intended to be a personal trainer one day. When it came to college, she naturally chose the University of Ottawa to pursue a degree in Human Kinetics.

She began her career in aquatics as a collegiate swimming, diving, and aquatic fitness instructor. She also began working as a sideline trainer for the men’s football team at the University of Ottawa. During games and practice sessions, she was responsible for treating injuries and delivering first aid to the players. This was the turning point in Jeanette’s fascination with the human body.

Jeanette was a frequent at many fitness conferences across Canada during her student years. As a result, she made strong connections in the fitness industry, as well as with a number of ergometric and exercise equipment firms. Jeanette opted to go to Los Angeles in 1997 because the majority of her contacts were based there. This was the decision that would have a significant impact on her career.

She began taking fitness classes at Crunch and Sports Club LA, two of the most famous studios on Sunset Boulevard, after coming to LA. Jeanette gradually built up a regular clientele at the clubs, which included a number of celebrities. She was approached to take personal customers after a while, and her adventure among Hollywood’s who’s who began there. Actors, singers, models, and athletes such as Queen Latifah, P!nk, Kimora Lee Simmons, Christina Applegate, Kelly Rowland, Serena Williams, Tia Mowry, Jordana Brewster, Carmen Electra, Bryant McKinnie, Mara Brock, Brian Cox, and Robin Thicke are among her most prominent clients. Jeanette’s A-list clients admire her for her expertise, the efficacy of her workout routines, and her ability to motivate.

Jeanette quickly established her own fitness franchise, The Hollywood Trainer, and produced a variety of workout DVDs to make her training method accessible to men and women all over the world. She founded the Bikini Bootcamp with the goal of getting the ideal beach physique in Los Angeles. Fitness Magazine named her DVDs ‘Power Yoga’ and ‘Blast the Belly Fat’ among the top 10 Workout DVDs of the year in 2011.

She’s worked with a number of celebrities to create fitness routines. She co-founded Team Jane Fonda’s Workout with famed actor Jane Fonda, which will be marketed only at Target. She assisted another client, Kelly Rowland, in getting back in shape following the birth of her son, and together they designed the ‘Sexy Abs’ workout, which was released on DVD in 2011. “The Hollywood Trainer Ab Blast,” “The Hollywood Trainer Cardio Sculpt,” and “The Hollywood Trainer Butt and Thigh Blast” are among Jeanette’s other DVD titles.

Jeanette has also written a hugely successful book named “The Hollywood Trainer Weight-Loss Plan: 21 Days to Make Healthy Living a Lifetime Habit.” She has appeared on numerous television shows, including ‘Oprah,’ ‘The Doctors,’ ‘Dr. OZ,’ ‘The Tyra Banks Show,’ and ‘The Today Show.’ Top fitness periodicals such as The Fitness Magazine, Shape, Health, People Magazine, and USA Today have featured her training approaches and health advice.

What is it about Jeanette that makes her so unique?

Jeanette has many qualifications in various fields of exercise techniques and is a graduate of the Institute of Integrative Nutrition, which is accredited by the American Association of Drugless Practitioners and Columbia University. She was chosen as one of 17 experts to teach American athletes as part of Nike Corporation’s Elite Athletes program.

She enjoys her job since it allows her to help people, in addition to her enthusiasm for fitness. She feels that through pushing individuals to adopt a healthy lifestyle, her tactics and tips can make a difference in people’s lives. She is also associated with a number of philanthropic organizations, including ‘Right to Play,’ ‘School on Wheels,’ and ‘Keep a Child Alive,’ for which she ran the NYC Marathon.

Jeanette Jenkins is a Canadian native, having been born and raised in Ottawa. She has two elder siblings: a brother and a sister. She is currently based in Los Angeles, California. For a long period, Jeanette was linked to singer/actress Queen Latifah, and the two purportedly purchased a property in the Hollywood Hills together in 2009. The couple has since divorced, and the house they shared has been put up for sale. Jeanette has dismissed these claims as a work of fiction and refutes any claims that she is a lesbian. She insists that she is straight and that she is actively dating.

Her net worth is reported to be around $9 million, which she earned from her professional career.