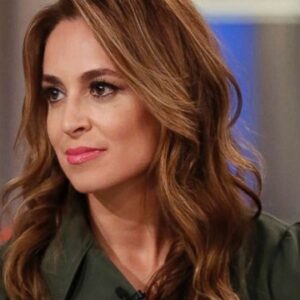 Jedediah Louisa Bila is a television and radio broadcaster, columnist, and author from the United States. She was a former Fox News commentator and co-host on ABC’s “The View.” She was an Emmy-nominated television host and a regular panelist on shows such as ‘Red Eye’ and ‘Outnumbered.’ Bila, an ardent supporter of liberty, is anti-Clinton and anti-Trump. This Libertarian is one of the most engaging speakers talking about politics and sex in the same phrase, thanks to her biting remarks. Her viewers adore her for being open and honest about everything from politics to current events, travel to sex. She considers herself fortunate because she grew up in a home and school environment surrounded by people of many political ideologies—liberals, conservatives, and libertarians—who assisted her in establishing her own opinion after hearing both sides of the story. Bila is passionate about defending individual liberty and the right of people to make educated decisions about their own life.

Jedediah Bila was born in Brooklyn, New York, on January 29, 1979, and attended an all-girls Catholic high school where she learned to be disciplined. She has Italian ancestors. She got a Master of Arts in Spanish literature from Columbia University and a Ph.D. fellowship from Columbia University after graduating from Wagner College with a B.A. in Spanish and a minor in Business Administration. She also attended The American Academy of Dramatic Arts in Manhattan on Saturdays.

Jedediah Bila worked as an adjunct professor at her former college, a marketing associate at an insurance business, a restaurant manager, and a few waitressing positions during the next five years. She also considered pursuing her childhood dream of becoming an actor. She is a former high school academic dean and consultant who taught in New York City for several years. She was a teacher in a Manhattan private school on the Upper East Side. She has also taught kids in middle school, high school, and college.

Despite trying her hand at a variety of occupations, she was unhappy and on the lookout for her dream job. She then remembered her writing abilities; she had contributed to journals and had poetry published in a collegiate literary magazine. As a result, she began writing and discovered her calling. She was taken aback by the skewed coverage of the 2008 presidential election in the media. She made a blog post regarding voter fraud and received a deluge of emails as a result. That prompted her to start writing online pieces in order to provide readers with honest, unbiased commentary.

She also did a blog review of a book by a talk radio presenter. Mark Levin, the radio DJ whose book she had reviewed, read her essay on the air and introduced her to millions of listeners. She received a call from Fox News later that day, requesting her to speak on the ‘Great American Panel’ on the news of the day. She accepted the invitation and discovered her calling—as well as the perfect career! She became a TV analyst as a result of that one appearance, accepting offers from Fox News, CNBC, and MSNBC.

‘Outnumbered: Chronicles of a Manhattan Conservative,’ a collection of her journal entries, was published in 2011. She also spoke at several universities and institutions for the Clare Booth Luce Policy Institute and the Young America’s Foundation. She was appointed as a Fox News contributor in January 2013. She joined the panel of ‘Outnumbered,’ a daytime news and chat show that airs on Fox News Channel and features four female panelists and one guest male panelist discussing current events, in April 2014. She was also a co-host on Fox News’ ‘The Five,’ a panel chat show with a panel that covers current events, political concerns, and other topics.

Jedediah Bila was also a guest host on Fox News’ ‘Red Eye,’ a late-night/early-morning satirical discussion program with panelists and guests debating the latest news in politics, pop culture, entertainment, business, sports, and religion. She also co-hosts the show ‘Kennedy,’ which delivers razor-sharp commentary on the day’s most pressing issues. Her ‘Outnumbered’ analysis of the 2016 presidential race was well received. She contributed to a variety of issues, including politics, culture, entertainment, fashion, organic cuisine, and other topics of interest. She also contributed to FoxNews.com, PoilcyMic, The Daily Caller, Townhall, Verily, The Blaze, and other publications with pieces on politics, relationships, fitness, and culture. She left Fox News in August 2016.

She joined ABC’s ‘The View,’ an American chat show created by Barbara Walters and Bill Geddie, as part of the network’s daytime programming, in September 2016. For the show’s 20th season, she served as a permanent co-host, sharing her thoughts on topics like as free markets, low taxes, and the freedom to marry whoever one wants and decline to pay health insurance if one so desires. Sara Haines took her place on ‘The View’ after she left on September 18, 2017. Bila has revealed that she has been working “insanely” hard on a HarperCollins book that will be out in 2018. She is said to have a plethora of options to consider now that she has left ABC.

Jedediah Bila and her fiance Jeremy Scher announced their engagement on June 12, 2017. She isn’t a believer in love at first sight or in equivocation. She adores sincerity, honesty, and superheroes with a vulnerable side. Boxing, boot camps, long runs, lifting weights, and wall climbing are among her favorite workouts. She also enjoys consuming nutritious foods. She also enjoys music and is always looking for new musicians to listen to. Among many others, Sarah McLachlan is her favorite.

She enjoys writing journal entries or fiction on Sunday afternoons while listening to music. While she enjoys writing analytical pieces, she also enjoys writing creatively. Bila enjoys going on vacations. She enjoys visiting Amherst, Massachusetts, which she initially saw with an ex-boyfriend. Her favorite places to visit are small New England communities with winter cottages. Her favorite vacation spot is South Beach, Miami, where she enjoys swimming. She also like San Diego, California because it relaxes her mind and body.

Jedediah Bila is a well-known presenter on “The Fox News.” Her net worth is believed to be $2 million. The journalist isn’t merely a broadcaster for “The Fox News.” She is a motivational author who has published a book on a fortunate note.