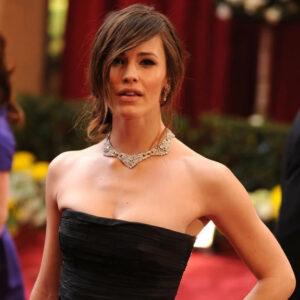 Jennifer Ann Garner is an actress and film producer from the United States. She rose to prominence because to J.J. Abrams’ ‘Alias,’ a popular spy thriller television series. She played ‘Sydney Bristow’ in the series and quickly rose to prominence as America’s favorite CIA spy. She was nominated for multiple ‘Golden Globe’ awards and won the ‘Screen Actors Guild Award’ for her portrayal of the character, which was so realistic and relatable. With her television success, she began to make an impact in Hollywood with cameo roles in films such as ‘Catch Me If You Can,’ ‘Pearl Harbor,’ and others. She had her breakthrough in the film ‘Daredevil,’ a comic book adaption in which she co-starred with her future husband, Ben Affleck. Garner began landing leading roles in films after that. She is known for her attractive and straightforward portrayals of people in films. Garner was married to Ben Affleck, an actor, director, and producer, and they had three children together.

Jennifer Garner was born in Houston, Texas, to Patricia Ann and William John ‘Bill’ Garner on April 17, 1972. Her mother was an English teacher and her father was a chemical engineer. She grew up in the state of West Virginia.
Garner began taking ballet lessons when she was three years old and continued to dance throughout her childhood. She, on the other hand, had no desire to pursue a career as a dancer. She was raised in a conservative household where she was expected to attend church every Sunday.

She attended Charleston’s ‘George Washington High School’ and afterwards studied acting at ‘Denison University.’ She didn’t want to be an actor at first; instead, she wanted to be a doctor or a librarian.
She also attended the ‘National Theater Institute’ in Waterford, Connecticut, and the ‘Eugene O’Neill Theater Center.’

In 1994, she earned a Bachelor of Fine Arts degree in theater performance.

In 1995, she joined the ‘Roundabout Theatre Company’ as an understudy for the production ‘A Month in the Country.’ She quickly secured a part in the made-for-television film ‘Zoya,’ as well as appearances on ‘Spin City’ and ‘Law & Order.’

Garner was becoming more well-known in the industry, and in 2000 she made her big-screen debut in the film ‘Dude, Where’s My Car?’ She had a supporting role in ‘Pearl Harbor’ the following year.

J. J. Abrams approached Garner in 2001 and offered her the role of ‘Sydney Bristow’ in his new spy drama series ‘Alias.’ Despite her initial reluctance, she accepted the offer because the role required her to be physically powerful.
She starred alongside Leonardo Di Caprio and Tom Hanks in Steven Spielberg’s film ‘Catch Me if You Can.’ Garner agreed to have a small but important role in the film due to Spielberg’s request.

Her breakthrough part came in the film ‘Daredevil’ in 2003. ‘Elektra Natchios,’ the love interest of Ben Affleck’s character, was played by Garner. ‘Daredevil’ was a comic book adaption.

She made her Broadway debut in 2007 with ‘Cyrano de Bergerac,’ based on Edmond Rostand’s play of the same name. At the ‘Richard Rogers Theatre,’ she played ‘Roxanne’ opposite Kevin Kline.

In 2013, she co-starred in the biographical drama film ‘Dallas Buyers Club’ with Matthew McConaughey. The movie was a box office hit and earned positive reviews.

‘Draft Day,’ a sports drama film starring Kevin Costner, was released in 2014. ‘Alexander and the Terrible, Horrible, No Good, Very Bad Day,’ a Disney adaptation of the classic children’s novel, was also released in the same year.
She had a supporting role in the comedy-drama film “Danny Collins” in 2015. Al Pacino and Annette Bening played pivotal roles in the picture.

Jennifer Garner starred alongside Kevin Spacey in the comedy film ‘Nine Lives’ in 2016. She also appeared in the Christian drama film ‘Miracles from Heaven’ in the same year.

She appeared in films such as ‘Wakefield’ and ‘The Tribes of Palos Verdes’ in 2017.
In 2018, she appeared in the film ‘Love, Simon,’ which was based on the novel ‘Simon vs. the Homo Sapiens Agenda.’
In Netflix’s original series ‘Llama Llama,’ she voiced a character dubbed ‘Mama Llama.’
In 2018, she earned the lead part in the film ‘Peppermint.’

‘Alias,’ which aired from 2001 through 2006, is Garner’s most well-known work. She earned the ‘Screen Actors Guild Award’ for ‘Outstanding Performance by a Female Actor in a Drama Series’ for her portrayal of ‘Sydney Bristow.’

Garner earned the ‘Screen Actors Guild Award’ for ‘Outstanding Work by a Female Actor in a Drama Series,’ was nominated for four ‘Golden Globe Award’ nominations for ‘Best Actress – Television Series Drama,’ and was also nominated for a ‘Emmy Award’ for her performance in ‘Alias.’

Garner married Scott Foley, whom she met on the set of ‘Felicity,’ in 2000. They divorced after only three years due to irreconcilable disagreements. She began dating Ben Affleck less than a year after her divorce.
In 2005, Garner and Affleck married in a private ceremony in the Bahamas. Violet Anne Affleck, Seraphina Rose Elizabeth Affleck, and Samuel Garner Affleck are the couple’s three children.

Jennifer Garner and Ben Affleck revealed in 2015 that they were ending their marriage. They filed legal paperwork in 2017 to seek shared physical and legal custody of their children. In October of 2018, the divorce was finalized.

Jennifer Garner has a net worth of $80 million dollars.

Garner was four months pregnant at the time of her marriage to Ben Affleck.
‘I don’t think I can do this,’ Garner told director J.J. Abrams on the first day of filming for ‘Alias.’

She was named one of the ’50 Most Beautiful People in the World’ by ‘People’ magazine.
She was awarded a star on the ‘Hollywood Walk of Fame’ at 6920 Hollywood Boulevard in California on August 20, 2018.
She is the co-founder of “Once Upon a Farm,” a company that creates “farm-to-high chair” meals for kids.