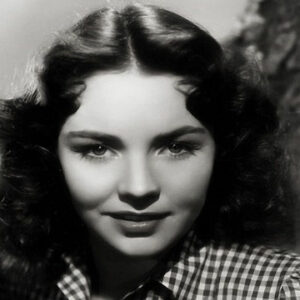 Jennifer Jones was an American actress who ruled the screen during the Golden Age of Hollywood. She received the Academy Award for Best Actress for her portrayal in ‘The Song of Bernadette,’ and was nominated for her performances in four more films throughout the course of her three-decade career. Her parents owned and operated a traveling tent show, so she was exposed to the entertainment industry at a young age. She went to the American Academy of Dramatic Arts in New York City after attending Northwestern University in Illinois, where she was a member of the Kappa Alpha Theta sorority. She began her career with a 13-week radio show before moving to Hollywood. A meeting with producer David O. Selznick, who saw the young woman’s promise, laid the groundwork for her future career. Selznick took her under his wing and helped her blossom into one of the era’s most successful actors. Despite the fact that both of them were previously married, their professional partnership morphed into a personal one, and the two began a romantic relationship. Jones and Selznick eventually divorced their husbands and married each other. In memory of her daughter, Jennifer Jones Simon, she established the Jennifer Jones Simon Foundation for Mental Health and Education later in life.

Flora Mae (née Suber) and Phillip Ross Isley had Phylis Lee Isley as their only child on March 2, 1919, in Tulsa, Oklahoma. The Isley Stock Company, a tent-show theater troupe that toured the rural Midwest, was owned and starred in by her parents. As a result, she was introduced to show business at a young age.

She went to a ladies’ school, Monte Cassino, before attending Northwestern University in Illinois, where she was a member of the Kappa Alpha Theta sorority. In 1938, she transferred to the American Academy of Dramatic Arts in New York City.

Isley began her career with a 13-week radio program sponsored by her father after they married in 1939. She soon moved to Hollywood and landed minor roles in films. She auditioned for the lead part in the hit play ‘Claudia,’ which producer David O. Selznick was adapting for a film, in the early 1940s. Despite the fact that she did not earn the part, Selznick saw her promise and began training her for a future career.

Selznick gave her the stage name Jennifer Jones and assisted her in signing a seven-year deal. She played Bernadette Soubirous in the 1943 drama film ‘The Song of Bernadette,’ which was a critical and commercial triumph. Jones’ performance was praised, and she was nominated for an Academy Award.

She let Selznick govern her career and determine the parts she played because she was an ambitious but emotionally fragile woman. Throughout the 1940s, she was cast in a variety of parts by Selznick. She starred in the 1946 film Duel in the Sun’ as a bi-racial woman caught up in prejudice and forbidden love.

Her career soared in the 1950s, with ‘Love Is a Many-Splendored Thing,’ a romantic drama film from 1955, being particularly successful. She portrayed Han Suyin, a Chinese doctor who falls in love with a married but estranged American correspondent. Her performance garnered her an Academy Award nomination for Best Actress.

In the catastrophe picture ‘The Towering Inferno,’ she made her final appearance on the big screen (1974). She was nominated for a Golden Globe for Best Supporting Actress – Motion Picture for her role as Liselotte Mueller in the multi-starrer blockbuster.

Jennifer Jones is well recognized for her role as the saintly Bernadette Soubirous in the film ‘The Song of Bernadette.’ Her pleasant, innocent portrayal of a devout young girl in the film won the hearts of the public and the praise of the critics.

In the film Duel in the Sun,’ she played Pearl Chavez, a flirtatious bi-racial young woman. Despite being very controversial owing to its sexual nature, the film was a box office success, earning Jones an Academy Award nomination for Best Actress in a Leading Role.

Jennifer Jones was married three times. In 1939, she married actor Robert Walker for the first time. The couple had two boys, both of whom went on to have successful careers as actors. While still married to Walker, she began an affair with film producer David O. Selznick. In 1945, the couple divorced.

She had one daughter with Selznick, whom she married in 1949. Selznick died in 1965, and the pair remained married. In 1976, their daughter committed suicide.
In 1971, she married Norton Simon, a multimillionaire businessman, art collector, and philanthropist. Simon passed away in 1993.
She enjoyed a long life and died on December 17, 2009, at the age of 90, of natural causes.

Jennifer is one of the wealthiest lawyers and one of the most well-known. Jennifer Jones’ net worth is estimated to be $3 million, according to Wikipedia, Forbes, and Business Insider.