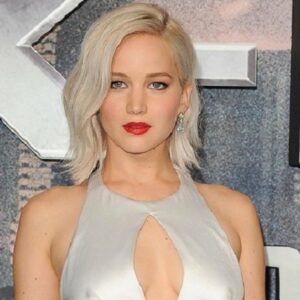 Jennifer Shrader Lawrence is an American actress who has ruled Hollywood since 2016. She is one of the world’s most paid actresses. She has been nominated for an Academy Award four times, winning in the category of ‘Actress in a Leading Role’ for the film ‘Silver Linings Playbook’ at the age of 22, making her the second youngest person to ever win an Oscar for ‘Best Actress.’ Her films make more than 600 million dollars a year, totaling more than 5 billion dollars. She has amassed a net worth of over 46 million dollars, surpassing some of Hollywood’s major stars. She has been in plays and musicals since she was in elementary school. Her performances improved over time, and she was discovered by the television industry when she was in her teens. She went from television to the big screen in a matter of years, with notable parts like ‘Mystique’ in ‘X-Men’ and ‘Katniss Everdeen’ in ‘Hunger Games.’ Jennifer Lawrence is one of the most accomplished and varied actors in Hollywood. She isn’t one to hold back; she is outspoken and doesn’t mince words. Lawrence is a strong feminist and philanthropist who promotes gender equality while also financially supporting numerous foundations that help the underprivileged.

She was born on August 15, 1990, in Indian Hills, Kentucky. Gary, her father, was a construction worker, and Karen, her mother, was the director of a summer camp.
Ben and Blaine, her two brothers, were a big part of her youth. She was a tomboy who rarely played with other females. She developed anxiety as a result of her inability to blend in with the rest of her peers.
There was only one place she thought she shone brightest: on stage. She enjoyed acting and took part in a number of church and school productions.
She was discovered by a photographer while on vacation in New York, who set her up with commercial and television agencies. Her mother was apprehensive and objected to her pursuing an acting profession because she was only fourteen years old.
She eventually persisted in convincing her mother to sign her up with the CESD Talent Agency. Her parents consented, but there was a condition: she had to graduate from high school first. She ended up graduating two years early from high school in order to pursue her career.

Her big break came in 2006, when she was cast in the television show ‘Company Town.’ Following her television debut, she appeared in a number of sitcoms as a minor character.
Her role as ‘Lauren’ in ‘The Bill Engvall Show’ garnered her a three-season television series. She received critical acclaim and her first award for her performance in the show from prestigious publications.
Her first film, ‘Garden Party,’ was released in 2008. Guillermo Arriaga signed her for ‘The Burning Pain’ the same year. Her performance in ‘The Poker House’ as the eldest daughter of a heroin addict mother secured her fate in the profession.

In 2010, she starred in the film ‘Winter’s Bone,’ and her portrayal of a defenseless yet fearless seventeen-year-old girl earned her an Oscar nod for ‘Best Actress.’ Though she didn’t win, her nomination was enough to propel her career forward. Matthew Vaughn gave her ‘X-Men: First Class’ in 2011 after she acted in ‘Like Crazy’ and ‘The Beaver.’ She was perfect in portraying the character’s limitations and prowess. 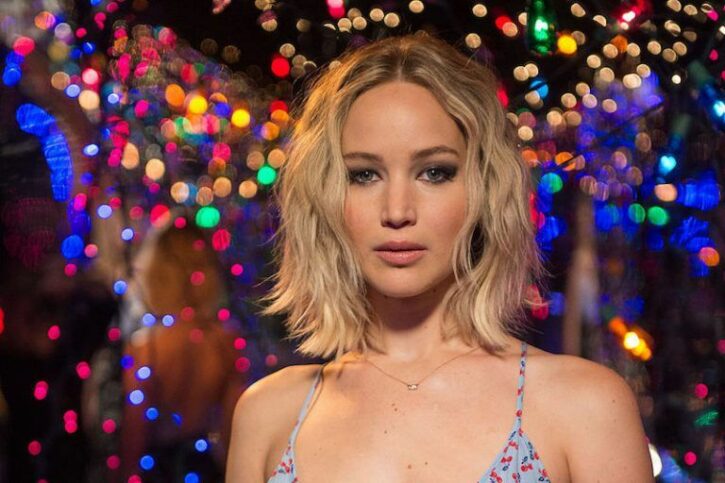 She was given a film series after her X-Men success, putting her among the industry’s elite. The film ‘The Hunger Games,’ in which she plays ‘Everdeen,’ is set in a post-apocalyptic future, was only the beginning.
She trained in yoga, archery, tree climbing, and warfare for the physically demanding part. She was apprehensive at first, but with her mother’s encouragement, she pushed herself to new heights.

She took on a more somber part as ‘Tiffany Maxwell’ in the romance movie ‘Silver Linings Playbook’ after getting praise for her excellent portrayal of an action star in X-Men and Hunger Games. After she auditioned for him over ‘Skype,’ David O. Russell signed her on. He expressed his reservations about her being too young for such a complicated job, but she persuaded him that she was capable of doing it. She kept her word and gave an exceptional performance in the film, winning an Academy Award for ‘Best Performance by an Actress in a Leading Role.’
‘The Hunger Games: Catching Fire,’ the sequel to the ‘Hunger Games’ series, grossed about $865 million at the box office, making it her highest-grossing film. In 2013, her role as the neurotic wife, ‘Rosalyn Rosenfeld,’ in ‘American Hustle,’ earned her numerous honors in the area of supporting actress, including an Oscar nomination.

‘Serena’ and ‘X-men: Days of the Past’ were both released in 2014. Both performed admirably, praising her for her outstanding performance in the flicks. Following that, she starred in Mockingjay – Part 1 & 2, the final installment of the ‘Hunger Games’ franchise. Lawrence made a name for herself as an actress with her performance in 2015’s ‘Joy.’ She became the youngest artist to ever garner four Academy Award nominations after receiving one for the same.
The following year, she narrated ‘A Beautiful Planet,’ starred as ‘Mystique’ in ‘X-Men: Apocalypse,’ and played ‘Aurora Lane’ in the sci-fi film ‘Passengers.’ The third film’s storyline didn’t fare well at the box office, but her acting was praised in the film. Lawrence will star in a riveting performance in Darren Aronofsky’s film ‘Mother’ in 2017 and will portray a spy in ‘Red Sparrow’ in 2018. ‘Bad Blood,’ directed by Adam McKay, is her most anticipated picture.

Her performances in ‘Silver Linings Playbook,’ ‘Hunger Games,’ and ‘Joy’ have left an indelible mark on the film industry. All three films have been released at different stages in her career, with ‘Joy’ being her most recent, demonstrating a consistent pattern. Lawrence has donated to various philanthropic organizations, including ‘Feeding America,’ ‘Thirst Project,’ and ‘Do Something.’ She screened ‘Serena’ in 2015 to generate donations for the ‘Special Olympics World Summer Games.’

She won the most prestigious honor as an actress when she won an Oscar for her part in ‘Silver Linings Playbook,’ with reviewers from all over the world hailing her as the best performer of her generation.
She was nominated for two Golden Globe Awards. She won “Best Actress” in 2012 and 2015 for her roles in “Silver Linings Playbook” and “Joy,” respectively. For the film ‘American Hustle,’ she won Best Actress in a Supporting Role in 2013. She has won six People’s Choice Awards, a Satellite Award, and a Saturn Award for her work on ‘X-Men’ and the ‘Hunger Games.’

She began dating Nicholas Hoult in 2010, and the two became one of the most talked-about couples. When they broke up in 2014, speculations of them getting married were put to rest.
When a few of Jennifer’s nude photos were released, she was thrust into an unpleasant predicament. She blamed the publisher and writer for the leak, calling it a “sex crime” because the photos were personal and not intended for public distribution. She, on the other hand, bounced back fast after the incident.
Jennifer Lawrence, who is currently based in Beverly Hills, California, has established the ‘Jennifer Lawrence Foundation.’ She made a $2 million donation to Kosair Children’s Hospital to help fund the construction of a cardiac intensive care unit.

She was involved in two fatal car accidents as a child, the first of which occurred when she was 18 months old and was knocked over by a car. She shattered her tailbone after falling off a running horse a few years later.