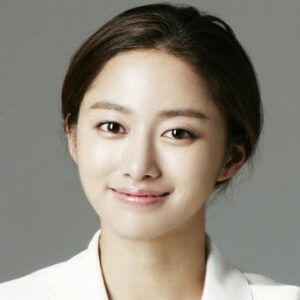 Jeon Hye-bin is a South Korean model, singer, and actress. She began her singing career in 2002 by joining the girl group “LUV,” which disintegrated after a year. She later focused on acting and made her on-screen debut in the popular TV show “Sang Doo! Let’s Go to School.” After the publication of her second album, “In My Fantasy,” she experienced significant popularity. Because of the song “2 AM,” the CD quickly gained notoriety. She was appointed CEO of the “ByHeaven” online clothing retailer in 2006. Even more, she served as a model for “ByHeaven.” She was then appointed the Make-A-Wish Foundation’s brand ambassador in South Korea. She has made appearances in a number of TV programs, such as “On Air” (2008), “Yaksha” (2010), “Queen Insoo” (2011), “My Love By My Side” (2011), and “Queen of the Office” (2013).

Jeon was born in Namyangju, Gyeonggi-do, South Korea, on September 27, 1983.
Her school of choice was Kyewon Arts High School. She then relocated to Dongguk University to pursue her studies in drama and visual arts.

Jeon started her career in 2002 as a member of the South Korean girl group “LUV.” The group separated after a year as its members made the decision to go their separate ways.

The band was successful in releasing its debut album, “Story,” before breaking up. At numerous concerts, the band even played their song “Orange Girl.” The fact that “LUV” was likened to groups like “S.E.S” shows that the group had the potential to become one of Korea’s most popular bands.

In July 2003, Jeon Hye-bin, who had left the group, released her first solo album, titled “Love Somebody.” Since the record wasn’t going to be a commercial success, Jeon decided to focus on acting.

In “Nonstop 3” on the MBC network, she made an appearance as herself. She appeared in the popular KBS2 sitcom “Sang Doo! Let’s off to class.

Jeon made her big-screen debut in the 2004 horror film “Dead Friend.” She played a significant role in “Wet Dreams 2” in 2005. In the movie, she portrayed one of the four high school girls.
She had 13 appearances in the SBS mini-drama series “Banjun Drama” in 2005. She also had an appearance in SBS’s “Only You” as Cha Soo-jae.

She released her second album, “In My Fantasy,” on September 23, 2005. One of the album’s tracks, “2 AM,” which featured her sensual dancing, quickly became a hit. Although her actions drew harsh criticism, they helped the album succeed.

She made an appearance in the popular ‘Heroine 6’ portion of the variety program ‘Happy Sunday’ in 2006. She made guest appearances in the 2007 episodes of “Witch Yoo Hee” and “The King and I” on SBS.

She made an appearance in “The Scale of Providence” in 2008, which was also broadcast on SBS. She additionally had a brief cameo in the third episode of “On Air.”

She portrayed Lee Hwa-ran in KBS2’s “He Who Can’t Marry” in 2009. She participated in another program that year called “Hometown Legends: Fox with Nine Tails.”

She made her appearance in “The Queen of Office,” a KBS2 drama series, in 2013. She also started appearing on the variety program “Law of the Jungle.” She joined the cast of the reality television program “Beating Hearts” that same year, in which famous people undergo rigorous training to become firemen.

She made an appearance in the 2014 KBS2 drama “Gunman in Joseon.” The drama had respectable ratings and was highly successful.

She also had a brief cameo in “Healer’s” 20th episode. She joined the cast of “The Racer,” another reality program, in 2015. Jeon used the program to showcase her passion for auto racing. She later took on the role of MC for the “Beauty Station the Event” fashion show.

She appeared in the 2016 film “With or Without You.” She portrayed the character U Yeon-i in the film. Later, she was cast in another leading role in the film “The Legend of a Mermaid,” this time as an athlete.

She later had an appearance in the film “Luck Key” later that year. She has made guest appearances in a few television shows, such as “Another Oh Hae-young.” She was then given a role in the legal drama “Woman with a Suitcase” on the MBC network.
She joined the cast of the television show “Falsify” in 2017 and portrayed a reporter.

Jeon made a dancing video for her followers in 2003. She may be seen in the video instructing several dance styles, including hip-hop, pop, and Latin. She also published a video in which she drew up a diet schedule for her followers.

In production of Shakespeare’s “Hamlet” in 2008, Jeon made her theatrical debut. In 2009, she made her way back to the stage when she played a part in the play “Singles.”
On June 27, 2011, Jeon published a book named “Heaven’s Stylish Body” that details the strict food regimen she adheres to. In addition, she published a book titled “Stylish Body Fitness Program.” She unveiled a diet app for the iPad on April 25, 2012.

She took part in the “Nike: We Run Seoul 10k” in October 2011.
Additionally, she has modeled for publications including “InStyle” and “Arena.” She has appeared in several music videos, including Jang Woo-“Flip hyuk’s Reverse,” Brian Joo’s “Living a Day in Winter,” Someday’s “Do You Know,” and UV’s “I Want to Live with Her.”

She received the Special Award for Cable TV in 2011 for her performance in “Yaksha.” The 4th Korea Drama Awards gave her the prize.

She took home the Best Dressed prize at the inaugural K-Drama Star Awards in 2012.
She was nominated for a KBS Drama Award in 2014 for her role in “Gunman in Joseon.”

2014 saw Jeon Hye-bin dating Lee Joon-gi, the co-star of “Gunman in Joseon.” They split in April 2017 after a few years of dating.

One of the wealthiest and most well-liked TV actors is Jeon Hye-bin. Jeon Hye-net bin’s worth is roughly $1.5 million, according to our analysis of data from sources like Wikipedia, Forbes, and Business Insider.