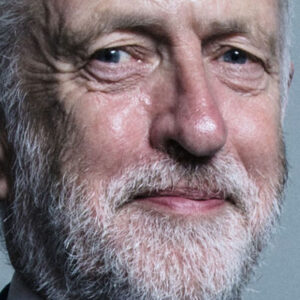 Veteran British politician Jeremy Bernard Corbyn currently serves as both the leader of the opposition party in the UK and as the head of the country’s “Labour Party.” Since 2015, he has held these posts. He has served since 1983 as the “Member of Parliament” (MP) for the Islington North seat. By ideology, he was a democratic socialist and began his public career in various unions. He has continued to support a number of anti-war and anti-nuclear movements from his early years. His ascent to political power was slow. He was chosen to serve on the “Haringey Council” in 1974, and after that, he was appointed secretary of the “Hornsey Constituency Labour Party.” He was elected as the MP for Islington North in June 1983, and he still retains that office today. Beginning in June 2011, he also presided over the “Stop the War Coalition” for more than four years. Renationalization of the railroads and other public utilities is his suggestion. He also favors military non-interventionism and unilateral nuclear disarmament. He favors an economic strategy based on the investing-to-grow philosophy and opposes cuts to public services as part of austerity measures. In September 2015, he was chosen to lead the “Labour Party,” and with that, he also took charge of the opposition party. After the ‘Labour’ MPs voted a vote of no-confidence in him in the wake of the June 2016 referendum that saw a vote in favor of ‘Brexit,’ he was able to keep his position as party leader in the leadership election held in September 2016.

He was born on May 26, 1949, to David Benjamin Corbyn and Naomi Loveday (née Josling) in Chippenham, England. The youngest of their four sons, he was. His mother taught mathematics, while his father was an electrical engineer with expertise in power rectifiers.
Piers Richard Corbyn, one of his older brothers, is an astronomer, a weather forecaster, and a businessman.

In the beginning, Corbyn lived in Kington St. Michael, Wiltshire. When he was seven years old, his family eventually moved to Pave Lane in Shropshire. He first attended “Castle House School” and then “Adams’ Grammar School.”

He got involved with the “Labour Party,” the “Wrekin constituency,” Young Socialists, and the League Against Cruel Sports, all of which support animal welfare. He joined the “Campaign for Nuclear Disarmament” (CND) in 1966 and eventually rose to become one of the group’s three vice-chairmen.

He graduated from high school with two E-grade A-Levels at the age of 18, after which he started working as a reporter for a local newspaper called the “Newport and Market Drayton Advertiser.” After a brief stay, he joined the international aid organization “Voluntary Service Overseas” (VSO), which led to his relocation to Jamaica, where he spent two years working with youngsters and teaching geography.

He began working as a union organizer with the “National Union of Tailors and Garment Workers” after returning to the UK in 1971. As a labor union organizer, he also started to work with other unions.
Early in 1974, Corbyn won a seat on the “Haringey Council” in the South Hornsey ward. After the ward’s border changed, he was re-elected as a councilor in the Harringay ward in 1978. He served in this capacity until 1983.

He served as an editorial board member and contributor for the “Labour Party” in the 1980s, which published the monthly political journal “London Labour Briefing.” Some sources claim that he also worked briefly as the magazine’s general secretary. In the magazine’s July 1982 issue, he criticized the expulsion of the Trotskyist entryist group “Militant Tendency.”

He was chosen by the “Labour Party” in February 1982 to run for the Islington North seat in the general election of 1983. On June 9, 1983, he took over as the MP for Islington North after unseating incumbent Michael O’Halloran. He still holds this position now.

In 1983, Corbyn, who supports gay rights as well, declared that “no socialism without gay emancipation” was unacceptable. He was a member of the “National Executive” of the “Anti-Apartheid Movement” and was in danger of being arrested in 1984 when he protested at “South Africa House.” Additionally, he supported the 1984–85 miners’ strike.

He became involved with prominent members of “Sinn Féin,” a left-wing Irish republican political party that has remained linked to the “Provisional Irish Republican Army” (IRA), an Irish republican paramilitary organization, as a result of the conflict in Northern Ireland attracting his attention in the 1980s.

In 1990, he fought the “Community Charge” and was on the point of going to jail for failing to pay taxes. Early in the 1990s, “MI5” filed a file on him on the grounds that he might have been connected to the IRA. For 20 years, the “Special Branch” of the “Metropolitan Police” kept an eye on him and suspected him of trying to “undermine democracy.”

He frequently disobeyed the party whip while the “Labour Party” was in power from 1997 to 2010, making him the most disobedient MP during that period.

He joined the steering committee of the British organization “Stop the War Coalition” in October 2001 to voice opposition to the war in Afghanistan. He also actively opposed the Iraq War and helped plan the demonstration against it that took place on February 15, 2003.

He held the position of Chair of the “Stop the War Coalition” from June 14, 2011, to September 12, 2015.
He received the “Gandhi International Peace Award” in 2013 for his “continuous efforts over a 30 year parliamentary career to uphold the Gandhian values of social justice and non-violence.”

He penned an open letter to Ed Miliband in January 2015. He was one of the 16 people who signed a petition urging the “Labour Party” to take a stand against more austerity, support collective bargaining, and renationalize the British railways.

Leader of the opposition as well as the Labour Party

After the party lost the general election on May 7, 2015, Ed Miliband resigned as leader of the “Labour Party,” which prompted a party leadership election. Corbyn declared in the “Islington Tribune” on June 3 that he would run for office on a “clear anti-austerity platform.”

On September 12, 2015, he triumphed handily. He was elected with “the largest mandate ever achieved by a party leader” in terms of victory margin. On that exact day, he took over as both the leader of the “Labour Party” and the “Opposition.” He came up with his “Official Opposition Shadow Cabinet” list the next day. There were more women on the list than men. He was admitted to the “Privy Council” in November 2015.

Following the events in Paris in November 2015, he advocated for political settlement to end the Syrian Civil War but opposed military action against the “Islamic State.” Additionally, he disagreed with the idea of airstrikes in Syria.

On the subject of Britain’s continued membership in the “European Union,” he was accused of showing “lack of leadership.” After the “Brexit” referendum on June 23, 2016, he came under fire for his “lukewarm” campaigning on the issue.

Following the resignation of over two-thirds of Corbyn’s “Shadow Cabinet,” the “Labour Party” MPs voted 172–40 on June 28, 2016, to remove Corbyn from office. The 2016 “Labour Party” leadership election was declared in the wake of this challenge to his authority. Owen Smith was his opponent in the election.

On September 24, 2016, Corbyn triumphed in the contest for party leadership, this time with almost 62,000 more votes than in the last contest in 2015.

On June 8 of that year, the United Kingdom had its general election, and Jeremy Corbyn’s “Labour Party” won the election, becoming the second-largest party in the legislature. It gained a net 30 seats, increasing its percentage of the popular vote to 40%. The percentage rise in its vote share, a considerable 9.6%, was the greatest for the party in a single general election since 1945.

He was awarded the Seán MacBride Peace Prize in December 2017 “for his consistent and compelling political struggle for disarmament and peace.”

From 1974 to 1979, he was married to Jane Chapman, a professor at the “University of Lincoln.”
In 1987, he wed Claudia Bracchitta, a Chilean expatriate. But in 1999, the couple filed for divorce. Three of their sons exist.

Since becoming 20 years old, Corbyn has been a pescetarian. He commutes by bicycle and doesn’t own a car. He belongs to the “All-Party Parliamentary Group on Cycling.” He enjoys reading and writing, and he is an Arsenal FC fan. He currently resides in North London’s Finsbury Park, Islington.

As of 2022, the British politician Jeremy Corbyn is thought to be worth $4 million (3 million pounds). From 2015 to 2020, Corbyn held the positions of Leader of the Labour Party and Leader of the Opposition.