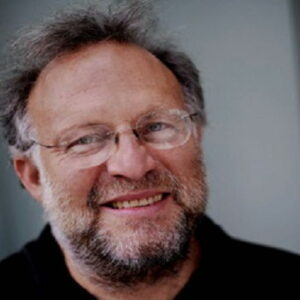 Jerry Greenfield is a philanthropist and businessman from the United States of America. He is well-known as the co-founder of Ben & Jerry’s Homemade Holdings, Inc. In an old refurbished gas station in Burlington, Vermont, he opened the first Ben & Jerry’s ice cream business with his friend Ben Cohen (who is four days younger than him and was born in the same hospital). When they began the business, they were both 27 years old. Both of the buddies shared a passion in food and desired to make money in the food industry. They had originally intended to sell bagels, but ultimately chose to open an ice cream shop due to the reduced startup costs. The ice cream business was an instantaneous success, and within five years franchisees sprang up in numerous cities. In 2000, the co-founders sold their ice cream firm to the international food corporation Unilever for $325 million, but they remained involved in the industry. Greenfield is the current President of the Ben and Jerry Foundation’s Board of Trustees. He is also a member of the Institute for Sustainable Communities’ board of directors. Together, Greenfield and Cohen have built a new type of company that assists in the discovery of social, institutional, and environmental transformation strategies.

Jerry Greenfield was born into a Jewish household in Brooklyn, New York, on March 14, 1951. His father was an investment banker.
Soon after moving to Merrick, Long Island, with his family, he attended Smith Street Elementary and Merrick Avenue Junior High School. During a gym session on this campus, he met his future business partner Ben Cohen.

Jerry and Ben were two of the largest students in the class; they connected instantly and formed a strong friendship.
Later, Jerry and Cohen both attended Calhoun High School. Throughout high school, he was a careful and diligent student. As expected, he chose pre-med as his graduating major.

In 1969, he enrolled at Oberlin College and departed Long Island, where he had spent the majority of his youth. During college, he worked part-time as an ice cream scooper.
He graduated in 1973 but was not accepted into medical school. After returning to New York, he worked as a laboratory technician and stayed with Cohen.

In 1974, he failed medical school admissions for the second time and opted to travel to North Carolina with his future wife, Elizabeth Skarie. He continued to work as a laboratory technician there.

Jerry Greenfield moved back to New York in 1976 to reside with Ben Cohen. The two pals dreamed of beginning a business at that time. As food fanatics, they desired a career in the food industry.

The prospect of selling bagels was investigated. However, they quickly decided to open an ice cream shop due to the inexpensive cost of equipment. In the summer of 1978, they founded the Ben & Jerry’s ice cream parlor in a restored gas station in Burlington, Vermont, following a $5 correspondence course in ice cream production.

Ben & Jerry’s ice cream was an instant success, and they began selling it out of Greenfield’s automobile. In 1980, their distribution of ice cream to restaurants was successful. They quickly relocated to a larger location and began producing ice cream in pint-sized containers. In the subsequent five years, they also expanded into neighboring states.

In 1984, because of the notoriety of their product, they fought a legal battle with Pillsbury, the parent company of the ice cream brand Haagen-Dazs. Pillsbury was overwhelmed by Ben & Jerry’s rising popularity and attempted to limit its distribution. Ben and Jerry ultimately prevailed in their fight.

By 1986, Ben & Jerry had erected a manufacturing facility in Waterbury and contributed 7.5% of the company’s profits to their non-profit, Ben & Jerry’s Foundation, which supported a number of organizations.
Their unusually named ice cream flavors such as ‘Chocolate Therapy,’ ‘Cherry Garcia,’ and ‘From Russia with Buzz’ garnered great fame, and by the year 2000, their yearly sales had reached about $250 million.

In 2000, they sold the company to the international food giant Unilever for around $325 million. An unusual stipulation in an agreement of this magnitude allowed Ben & Jerry’s brand integrity and philanthropic apparatus to be maintained. Although they claim to have no responsibility or influence over daily operations, both co-founders are nonetheless involved with the company.

Additionally, Jerry Greenfield sits on the boards of the Institute for Sustainable Communities, Businesses for Social Responsibility, and True Majority.

The book ‘Ben & Jerry’s Homemade Ice Cream and Dessert Book,’ co-authored with Nancy Stevens and released in 1987, relates the tale of how the two boyhood friends founded the company and their path to success.

Cohen and Greenfield demonstrate in their 1997 book ‘Ben & Jerry’s Double Dip: How to Run a Values-Led Firm and Make Money, Too’ how to construct a values-led business that is successful for both the owner and the community.

In the latter decade of the 20th century, in addition to building their business, Jerry Greenfield and Ben Cohen were well-known for their charitable contributions. They won the James Beard Humanitarian of the Year Award in 1993 and the Community Peacemakers of the Year Award from the Peace Museum in 1997.

Jerry Greenfield wed Elizabeth Skarie in 1987, and the pair had a son called Tyrone the following year.
Jerry currently resides in Williston, Vermont, a tiny town located near Burlington.

American businessman, activist, and entrepreneur Jerry Greenfield has a $150 million net worth. Greenfield is best known for co-founding the Vermont-based ice cream firm Ben & Jerry’s with Ben Cohen. They began Ben & Jerry’s with savings of $8,000 and a loan of $4,000. Since founding its first store in the late 1970s, Ben & Jerry’s has grown to over 600 locations.

His favorite course in college was “Carnival Techniques,” in which he learned various skills, including how to eat fire. He claims to still occasionally engage in fire-eating.
Before establishing ‘Ben & Jerry,’ he and Cohen divided the five-dollar cost of the ice cream churning correspondence course.