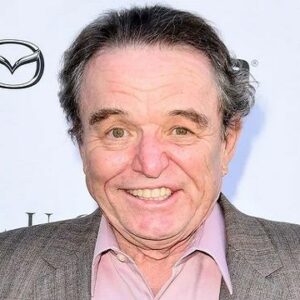 American actor Gerald Patrick “Jerry” Mathers is well-recognized for playing a range of roles on television, in movies, and on stage. He was a former child star who rose to fame after six seasons of playing Theodore “Beaver” Cleaver in the television series “Leave It to Beaver.” He portrayed Wally Cleaver’s brother and the younger son of suburban couple June and Ward Cleaver. In 40 different languages, the show was televised in more than 80 nations. Tony Dow, who played Mathers’ brother, and Barbara Billingsley, who played his mother, were close friends with the actor. Billingsley and he were close until her passing in 2010. Mathers continued his education after the program had ended and joined the Air Force National Guard, where he was falsely reported as having died in the Vietnam War. He returned to civilian life and attended college to finish his education. Then he looked at a few business opportunities; he had a catering business in California and briefly worked in real estate. However, he quickly returned to the entertainment industry when he played the character of “Beaver” in the TV reunion movie “Still the Beaver” alongside the majority of the original cast members.

Jerry Mathers was born to Norm and Marilyn Mathers on June 2, 1948, in Sioux City, Iowa. His father served as a high school administrator before rising to the position of district executive in Los Angeles. In the vicinity of Los Angeles, California, Mathers grew up in Rock Rapids. Jimmy Mathers, his younger brother, and Susie Mathers McSweeney, his younger sister, were both child actresses.

When he was two years old, Mathers appeared in a department store commercial. He also appeared alongside comedian Ed Wynn in a PET milk commercial. His chances of landing jobs in movies and TV shows increased as a result.

Jerry Mathers made his cinematic debut at the age of four. In the movies “Son of Paleface” from 1952 and “Men of the Fighting Lady” and “This Is My Love” from 1954, he had an appearance. In 1955, he made appearances in both Alfred Hitchcock’s “The Trouble with Harry” and “The Seven Little Foys.” In the 1956 movie, “That Certain Feeling,” he portrayed Norman Taylor. He also appeared in the movie “Bigger Than Life” same year as Freddie.

His breakout performance came in the 1957 television series “Leave It to Beaver.” He once claimed in an interview that the reason he got the part of Beaver Cleaver was that the show’s creators appreciated his direct and real personality, which was perfect for the part. He appeared in all 234 of the series’ episodes over the course of his six-year tenure in the role. He became the first kid actor to receive a portion of a television show’s merchandising sales. Even after the show stopped, item sales continued for many years.

He played Petey Atlas in the 1957 movie “The Shadow on the Window” while working on “Leave It to Beaver.” In 1958’s “The Deep Six,” he portrayed Steve Innes.

When the final season of “Leave It to Beaver” was approaching in 1962, he released two songs, “Don’t ‘Cha Cry” and “Wind-Up Toy.” He put his acting career on hold once the show finished and spent a few years attending Notre Dame High School in Sherman Oaks, California. During this period, he started a band called the Beaver and the Trappers.

He enlisted in the US Air Force Reserve while still in high school and remained a member after he received his diploma in 1967. He eventually attained the rank of sergeant.

He studied at the University of California, Berkeley, where he graduated with a Bachelor of Arts in philosophy in 1973. He started working at a bank as a commercial loan officer after graduating. Along with starting a real estate company, he used the weekly royalties he received to fund it.

He went back into show business in 1978, appearing in Kansas City’s “Boeing, Boeing,” a comedic piece. He started working as a disc jockey at Anaheim, California’s KEZY-AM radio station in 1981.
Along with the other members of the original cast, he returned to the television reunion movie “Still the Beaver” in 1983 to reprise his Beaver Cleaver character. A similar-titled television series was released after the television movie. The program debuted on the Disney Channel before moving to TBS under the new name “The New Leave It to Beaver.”

In Bonnie Lythgoe’s pantomime “Cinderella,” Jerry Mathers portrayed Baron Hardup. It was a theatrical production that featured comedy, music, and storytelling. He became the first and only actor to ever play the lead role in an American production of a professional British pantomime.

In June 2007, he made his Broadway debut at the Neil Simon Theater in the show “Hairspray.” He played Mr. Simpson in the movie “Will to Power” and was in the television movie “Mother Goose Parade” in 2008, both of which were directed by Jillian Hanson-Cox.

The well-known television sitcom “Leave It to Beaver” was Jerry Mathers’ best work during his formative years as an artist. He appeared on the program for six seasons. Along with the United States, it was broadcast in many other nations, where Mathers rose to fame. He portrayed Theodore “The Beaver” Cleaver as a curious yet innocent youngster. His experiences at home, in school, and in his suburban neighborhood centered the show.

Another of his notable achievement was the television film “Still the Beaver.” The New Leave It to Beaver, which was broadcast in various important nations, was created as a result of the film’s success. Some of the episodes were also directed by him.

Jerry Mathers got the Young Artist Award for “Leave It to Beaver” in the category of Former Child Star Lifetime Achievement Award in 1984.
He was one of the most well-known people in television history, according to People Magazine.

In 1974, Jerry Mathers wed Diana Platt. In 1977, following their divorce, he wed Rhonda Gehring. Noah, a son, and Mercedes and Gretchen, both daughters, round up their family of three. He married Teresa Modnick on January 30, 2011, some years after he and Gehring split in 1997.
His autobiography, “And Jerry Mathers as The Beaver,” was published in 1998.

In 1996, he received a Type 2 diabetes diagnosis. He became an advocate for raising awareness of the sickness after learning to control the condition. Speaking to several organizations, he even encouraged the Congress to raise diabetes awareness.

He produced a DVD on diabetic neuropathy, which was offered to clients at medical facilities and clinics all around the nation. He promoted nutrition and exercise as ways for patients with Type 2 diabetes to manage their condition as a spokesperson for Barton Publishing.

He promoted the PhRMA’s mission to assist individuals in need of financial assistance in obtaining medications for free or at a reduced cost while serving as the organization’s national spokesperson in 2010.

An American actor who works in theater, television, and movies, Jerry Mathers has a $3 million fortune. The role of little Theodore “Beaver” Cleaver on the television sitcom “Leave it to Beaver” made Jerry Mathers famous. The Adventures of Ozzie and Harriet, General Electric Theater, Lassie, My Three Sons, and The War at Home were among the other shows in which he made guest appearances. As a youngster, Mathers appeared in “This is My Love,” “The Trouble with Harry,” and “The Shadow on the Window” on the big screen.