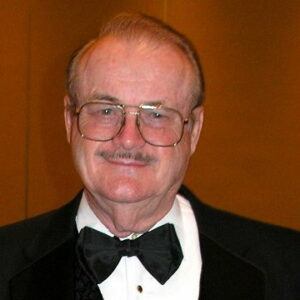 Jerry Eugene Pournelle is a science-fiction author, essayist, and journalist from the United States. A lesser-known detail about him is that he holds degrees in statistics, systems engineering, psychology, and politics, making him a polymath. Under the pseudonyms Wade Curtis and J. E. Pournelle, he began writing non-science fiction works. Critics say that when it comes to writing, his works always have a strong military theme and that the growth of the people is represented by and dependent on technological improvement. Then, specific complex social problems resulting from the technology are addressed politically and wrongfully. The several “laws” that he published in his books, with his Iron Law of Bureaucracy being the most well-known, also contribute to his popularity among readers. His monthly essays titled ‘Computing At Chaos Manor’ in the magazine ‘Byte’ garnered him fame in the computer business as a journalist. His monthly columns were the first and longest-running in the industry, running for almost twenty years. After his contract expired, he transferred the column to his own website. He vehemently opposed the United States’ Gulf War policy because he believed the money spent on the conflict could have been used to develop energy technologies.

Jerry Pournelle was born in Shreveport, Louisiana, on August 7, 1933. He attended school in Capleville, Tennessee, and served in the United States Army during the Korean War.

Jerry Pournelle served as campaign manager for the 1969 mayoral campaign of Sam Yorty, a Democrat running for mayor of Los Angeles. Later, Jerry was appointed Executive Assistant to the Mayor in charge of research, but he resigned after only two weeks.

In 1970, following his resignation from the Mayor’s office, he became a consultant for the Professional Educators of Los Angeles (PELA). This organization was well-known for its resistance to the unionization of Los Angeles school teachers.

Later, he became the first president of the Pepperdine Research Institute.
He chose to become a science-fiction author after a government budget decrease lowered the demand for space research.

Russell Kirk and Stefan T. Possony mentored Pournelle. Possony and Pournelle authored a number of works, including “The Strategy of Technology,” which became a required text for the US Military Academy, US Air Force Academy, Air War College, and National War College.

Throughout the 1970s and 1980s, he contributed to the journal The General. The articles in the military simulations industry were on military tactics and war gaming.

In his 1977 story, ‘The Mercenary,’ a planet is faced with annihilation unless a major portion of its inhabitants relocates to the countryside. The dominant political party deems it inappropriate. However, the protagonist decides to completely smash the party and relocate everyone to the countryside.

In 1979, he began writing the ‘Chaos Manor column for the ‘Byte’ magazine. The post was about his daily encounters with the gear and software in his home office.

The column was renamed “Computing at Chaos Manor” in 1984. Pournelle contributed to the magazine’s online and overseas print editions after the decision was made to discontinue the publication’s US print edition.

In his 1985 novel “Footfall,” aliens resembling elephants take control of a portion of Kansas. The President chooses, in complete secrecy, to destroy the area with nuclear weapons. The protagonist then introduces a plot twist and achieves alien submission instead.

The Pournelle-‘Byte contract expired in 2006, and neither party choose to renew it. Pournelle then started authoring the column for his own website, Chaos Manor Reviews.

In his writings, he proposed various “rules,” the most renowned of which is the Iron Law of Bureaucracy. He added, “In any bureaucracy, those loyal to the bureaucracy’s own profit always gain control, while those devoted to the bureaucracy’s intended objectives have less and less influence, and are occasionally eliminated.”

Due to the books, he co-wrote with Larry Niven, he achieved widespread popularity and acclaim. Their novels Footfall’ (1985) and ‘Lucifer’s Hammer’ (1977) gained the No. 1 and No. 2 positions, respectively, on the New York Times Best Seller List. The novel ‘The Mote in God’s Eye’ and its sequel ‘The Gripping Hand’ were both enormously popular.

In 1973, Pournelle was awarded the John W. Campbell Award for Best New Writer.
In 1992, his book ‘Fallen Angels’ earned him the Prometheus Award, and in 2005, he shared the Heinlein Society Award with fellow author Larry Niven.

He is a member of the American Association for the Advancement of Science, the British Interplanetary Society, the Royal Astronomical Society, and the American Operations Research Society.

In 1959, Jerry Pournelle wed Roberta Jane Isdell, and they have five children.
Pournelle was diagnosed with a brain tumor in 2008. Through radiation therapy, he successfully fought the disease.

Jerry is one of the wealthiest and most well-known novelists. According to our investigation, Wikipedia, Forbes, and Business Insider, Jerry Pournelle has an estimated net worth of $1.5 million.