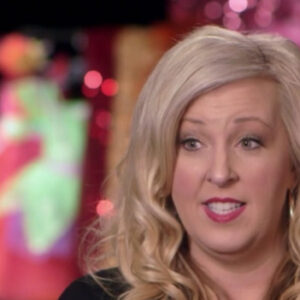 It is true that mother and daughter are the best of friends, and nothing can stop them when they set their minds to something. JoJo Siwa, a contemporary, jazz, and hip-hop dancer, had hopes for her mother, Jessalynn Siwa, a dancer and dance teacher. Jessalynn set out to develop her daughter’s potential, and the two were first seen on Season 2 of the American dance reality competition series ‘Abby’s Ultimate Dance Competition,’ which broadcast on the American cable and satellite television channel ‘Lifetime.’ JoJo was, however, removed in the tenth episode, ‘Divas in the House.’ The duo then joined the elite team of ‘Abby Lee Dance Company’ in the fifth season and remained permanent members of the team in the sixth season, until its second half, when Jessalynn took her daughter to ‘Dance Moms,’ an American reality TV series where JoJo first appeared during the series’ fourth season. Following JoJo’s signing of a consumer agreement with ‘Nickelodeon,’ the two quit the show. Jessalynn is one of the two ‘Dance Moms’ eponymous mothers, the other being Kira Girard.

Jessalynn is a gifted dancer who has worked as a dance teacher and instructor for many years. She ran the ‘Just Dance Co.’ as well as the ‘Underground Dance Factory.’ She left no stone unturned in her goal of making her dreams come true through her daughter, ensuring that she does not miss any opportunities to grow in her dancing career. JoJo, on the other hand, who performed her first solo at the age of two, established that she possesses star quality even at such a young age.

After a few years, Jessalynn brought JoJo to the second season of the American dance reality competition series ‘Abby’s Ultimate Dance Competition,’ where she was introduced on September 3, 2013. Because of their so-called “loud” personalities, the duo couldn’t win over many other contestants, including Abby Lee Miller, an American dance instructor, choreographer, director, and proprietor of ‘Reign Dance Productions,’ and most importantly, the founder and one of the judges of the ‘Abby Lee Dance Company.’

Jessalynn and JoJo’s act was dubbed “The Jessalynn and JoJo Circus” by their competition opponents. Jessalynn, on the other hand, didn’t hesitate to share her thoughts throughout the competition, saying, “I would say it’s my goal in life to make JoJo a celebrity.” JoJo was removed from the competition in the tenth episode of the season, ‘Divas in the House,’ which aired on November 5, 2013, putting her out of contention to be one of the four finals.

After that, Jessalynn drove JoJo to the Orlando audition for ‘Abby Strikes Back,’ the third episode of the fourth season of the unscripted American reality TV show ‘Dance Moms,’ which premiered on January 14, 2014. In the fifth season’s third episode, ‘JoJo with a Bow Bow,’ which aired on January 20, 2015, a mother and daughter joined the ‘Abby Lee Dance Company’ as guests.

Meanwhile, Jessalynn began promoting JoJo on her YouTube page and Twitter account. JoJo and Jessalynn were inducted as full-time members of the elite squad after appearing as guest dancers in the following episodes, and they remained on the show until the second part of the sixth season, when they left because Jessalynn’s small daughter signed a consumer deal with ‘Nickelodeon.’

Jessalynn appeared in a few music videos, including the August 4, 2015 release of Nia Sioux and Coco Jones’ song “Slay,” and the May 2016 release of JoJo’s digital single “Boomerang.” She has a large following on social media, with over 69k YouTube subscribers, 1.2 million Instagram followers, and over 99K Twitter followers.

Jessalynn Siwa was born in Iowa, United States, on December 8, 1974. Her father worked for a waste management company, while her mother, Kathy, was a hair stylist. She is the mother of two children, a son named Jayden, who was born on May 20, 2000, and a girl named JoJo, who was born on May 19, 2003.

Jessalynn is one of the wealthiest reality stars and one of the most popular. Jessalynn Siwa’s net worth is estimated to be $1.5 million, according to Wikipedia, Forbes, and Business Insider.