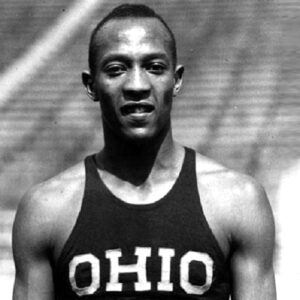 James Cleveland Owens, or simply Jesse Owens as he is known around the world, was an athletic legend who holds numerous world records and accomplishments. His accomplishments in the 1936 Berlin Olympics track and field contests were unrivaled for a long time, establishing him as the most illustrious track and field athlete of his day. However, due to the racism directed at the African-American community at the time, much of Owens’ credit and acknowledgement came late in life or after his death. Nonetheless, his contributions to the 1935 and 1936 Big Ten Championships, as well as the 1936 Berlin Olympic Games, cannot be overlooked. Ralph Boston broke his record in the long jump event at the 1935 Big Ten Championship with a leap of 8.13 m, which he set in 1935. Carl Lewis only matched his four gold medal haul at the Berlin Summer Olympics in 1984. A Jesse Owen Award was designed to celebrate the best track and field athlete in the United States every year to honor his contribution and wonderful performance in track and field. It is the highest honor bestowed by the United States Track and Field Association. Continue reading to learn more about Jesse Owens’ life and sporting achievements.

In Oakville, Alabama, Jesse Owens was born as James Cleveland Owens to Henry Cleveland Owens and Mary Emma Fitzgerald. He was the youngest of the couple’s ten children.
His family moved to Cleveland, Ohio when he was nine years old in search of better possibilities. His instructor misread his name ‘J. C’ for ‘Jesse’ while he was enrolling in school, and the nickname stuck with him for the rest of his life.
To make money in his early years, he did a variety of odd jobs. During this time, he discovered his love for running, which was fueled by his junior high track coach, Charles Riley.
He competed in the 1933 National High School Championship in Chicago while still in school, an event that catapulted him into the spotlight. He gained national notice after tying the world record in the 100-meter dash and putting in a strong showing in the long jump.
He subsequently went on to Ohio State University to pursue his athletic career. Known as the ‘Buckeye Bullet,’ he set a notable record by winning four individual events at the NCAA championships in 1935.
The huge break occurred at the Big Ten Championship, where he set new world records in the long jump (8.13 m), sprint (220 yards), and low hurdles (220 yards). With a time of 9.4 seconds, he also tied the world record for the 100-yard dash.
He won two events at the AAU Championships and three events at the Olympic trials, adding to his year’s success. At the conclusion of the year, he had competed in 42 events and won every one of them.

He competed in the NCAA Championship again in 1936, winning four events for a total of eight victories in 1935 and 1936. In the same year, he competed in the Berlin Olympics.
Surprisingly, Adolf Hitler wanted for the 1936 Berlin Olympics to highlight Nazi Germany’s dominance and power. The Nazi propaganda machine generated a false sense of ‘Aryan racial superiority.’ Owens, on the other hand, transformed perceptions by capturing four gold medals.
At the Berlin Olympics, he competed in four events and won each of them. He set a world record of 10.3 seconds in the 100m sprint and became the No. 1 player in the long jump with a leap of 8.05 m. He also won the 200-meter dash (20.7 seconds) and the 4×100-meter relay (39.8s).
Unlike in the past, when he had to stay in ‘black-only’ hotels and dine at ‘black-only’ restaurants, his success at the Berlin Olympics transformed people’s perceptions, as he was permitted to stay in the same hotel as other White competitors and eat at the same restaurant. For marketing the Gebr der Dassler Schuhfabrik shoes, he was also offered a sponsorship by Adidas athletic shoe firm.
The American Olympic squad, including Owens, was asked to compete in Sweden after the Berlin Olympics. Owens, on the other hand, decided to return to the United States in order to profit from his athletic prowess by signing rich commercial deals. As a result, he lost his amateur status, therefore ending his successful track and field career.
Owens was also not honored by President Franklin D. Roosevelt, who did not invite him to the White House, as is customary for champions, nor did he congratulate him on his outstanding achievement. President Dwight D. Eisenhower honored him with the title of “Ambassador of Sports” only in 1955.
Together with Abe Saperstein, he co-founded the West Coast Baseball Association (WCBA) in 1946. He also became the Vice-President and owner of the Rosebuds franchise in Portland, Oregon.
He worked as an entertainer and a sports promoter in the latter portion of his career. To earn his bread and butter, he competed against racehorses and local sprinters. He even worked as a gas station attendant and owned a dry cleaning business.
The US government did not appoint him as a goodwill ambassador until later. He spoke at conventions and other business meetings across the country on a regular basis.

In the 1935 Big Ten Championship, he set a world record in the long jump with a leap of 8.13 meters, which stood for 25 years until it was broken by Olympian Ralph Boston in 1960.
He competed in four events in the 1936 Berlin Olympic Games, winning gold in all of them and setting world records in two of them. Only Carl Lewis, who competed in the 1984 Summer Olympics, came close to matching this incredible achievement in track and field.

He was inducted into the Alabama Sports Hall of Fame in 1970.
He was awarded the prestigious Presidential Medal of Freedom in 1976. In the same year, he was inducted into the Olympic Order for his anti-racism efforts.
He was posthumously awarded the highest US accolade, the Congressional Medal of Freedom. In 1980, an asteroid named after him was discovered.
He was inducted into the US Olympic Hall of Fame in 1983. He has two US postal stamps to his name, both issued in 1990 and 1998.
To honor his contributions as a track and field athlete, several highways, roadways, schools, institutions, parks, and stadiums have been named after him. At Fort Huntington Park, a statue of him in his Ohio State track uniform has been erected.

After years of courtship, he married his high school girlfriend Minnie Ruth Solomon in 1935. The couple had three daughters, one before they married in 1932 and the other two afterward, in 1939 and 1940, respectively.
He was an inveterate smoker who smoked a pack a day for 35 years before being hospitalized in December 1979 with an exceptionally severe case of lung cancer.
He died on March 31, 1980,

This Olympian track and field athlete earned his living by competing against horses in the 100-yard dash. He won the race by using a simple tactic of starting the race with a starting gun. The shot would frighten the horse long enough for him to gain a competitive advantage.