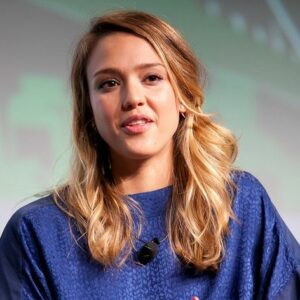 Jessica Alba is an actress from the United States who rose to prominence after starring in the television series ‘Dark Angel.’ Alba, a well-known actress now, has longed to be an actor since she was a child. She decided to follow her passion for performing when she was only five years old! She won an acting competition when she was 11 years old, earning her a scholarship to take acting training. Alba’s career took a stride forward after this, and she was able to realize her ambitions. Her first film and television roles occurred early in her career. She landed a small role as Gail in the feature film ‘Camp Nowhere’ in 1994, when she was barely 13 years old. She landed a recurring role as Jessica in the Nickelodeon comedy series ‘The Secret World of Alex Mack’ at the same time. Alba’s acting skills have dramatically improved over the years, as evidenced by her work. Interestingly, she hasn’t stuck to a single genre in her work and has experimented with her roles and characters on numerous occasions. She has appeared in films spanning a wide range of genres, including horror, supernatural, thriller, romance, drama, and comedy. Her diverse acting skills have also allowed her to make an impact in both films and television.

Jessica Alba was born in Pomona, California, to Catherine Louisa (née Jensen) and Mark David Alba on April 28, 1981. Joshua, her younger brother, is her only sibling. Her mother was a professional lifeguard.
Her family moved about a lot early in her life because of her father’s Air Force employment, including Biloxi, Mississippi, and Del Rio, Texas, before settling in Claremont, California.
Alba was afflicted with a variety of health issues as a child. As a toddler, she had difficulties with partially collapsed lungs, ruptured appendix, asthma, and tonsillar cysts, to name a few. She had obsessive-compulsive disorder as well.
She has exhibited an interest in acting since she was a child. She won an acting competition in Beverly Hills when she was eleven years old. The grand award, which included free acting training, aided her in pursuing her dream. She was signed by an agent just nine months later.
Claremont High School was her alma mater, and she graduated in 1997. She went on to the Atlantic Theatre Company after that.

Jessica Alba made her big screen debut a little early. In the 1994 feature picture ‘Camp Nowhere,’ she had a brief role as Gail. Alba was cast in a minor role, but she got lucky when she replaced a popular actress who dropped out, giving her more screen time.
In the same year, she also made her television debut. ‘The Secret World of Alex Mack,’ a Nickelodeon comedy series, cast her in a recurring role as Jessica. She even appeared in two Nintendo and JC Penny national television advertisements. 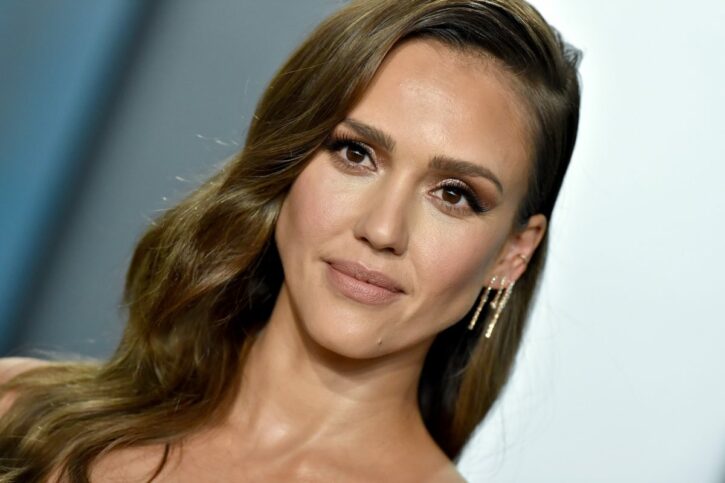 Alba had picked up swimming skills before she was two years old, thanks to her mother, who was a lifeguard. She used her swimming skills for the show ‘Flipper,’ in which she played Maya. She is an ardent swimmer and trained scuba diver. Its successful first season, which she appeared in, led to a second season, which she also starred in. Alba remained a part of the show until 1997.
In 1998, she appeared as Melissa Hauer in the first season of the crime thriller ‘Brooklyn South,’ as Leanne in two episodes of ‘Beverly Hills, 90210,’ and as Layla in an episode of ‘The Love Boat: The Next Wave.’
In terms of her career, 1999 was a busy year for her. ‘P.U.N.K.S.,’ a comedy film starring Randy Quaid, included her. During this time, her film career took off, with key roles in the romantic comedy ‘Never Been Kissed’ and the comedic horror ‘Idle Hands.’
Jessica Alba’s breakthrough as an actor came in 2000, when she was chosen from among 1200 or so contenders for the role of Max Guevara, a genetically created super soldier, in the Fox sci-fi television series ‘Dark Angel.’ Alba received great acclaim for her performance in the show, which aired for two seasons till 2002. She was nominated for a Golden Globe in addition to several other accolades.
Following the success of ‘Dark Angel,’ Alba received numerous television and film offers. She won an MTV Movie Award for ‘Sexiest Performance’ for her role as exotic dancer Nancy Callahan in ‘Sin City.’ In ‘Honey,’ she played an aspiring dancer choreographer, and in ‘Fantastic Four’ and its sequel, she played Sue Storm, the Invisible Woman, a Marvel Comics heroine. In the meanwhile, she appeared in episodes of ‘MADtv,’ ‘Entourage,’ and ‘Trippin.’
She starred in the horror thriller ‘The Eye’ in 2008. Despite the fact that the picture failed to satisfy, her performance was praised by critics. She also starred in ‘Meet Bill’ and ‘The Love Guru’ in the same year.
The actress had a very busy year in 2010. In ‘The Killer Inside Me,’ she played Joyce Lakeland, a prostitute, and had five back-to-back releases. She next starred as Morley Clarkson in the successful romantic comedy ‘Valentine’s Day,’ followed by an action picture ‘Machete.’ ‘An Invisible Sign’ and ‘Little Fockers’ were two additional notable releases of the year. Jessica Alba made her acting debut in the 2011 film ‘Spy Kids: All the Time in the World.’ ‘A.C.O.D,’ a comedy, and ‘Escape from Planet Earth,’ an animated picture, are among her latter works. Alba also appeared in two sequels at this time, ‘Sin City: A Dame to Kill For’ and ‘Machete Kills,’ reprising her roles in both films.
She starred in four films between 2015 and 2016, all of which were distinct genres. ‘Barely Lethal,’ an adolescent independent action comedy, followed by ‘Entourage,’ a comedy. In 2016, she starred in the supernatural horror film ‘The Veil,’ in which she played Maggie Price. Her most recent big-screen appearance was in the 2016 film ‘Mechanic: Resurrection.’
Alba is also a businessman in addition to her professional career. In 2012, she founded ‘The Honest Company’ with Chris Gavigan. It offers a variety of toxin-free household items, diapers, and body care products to customers. Her book, ‘The Honest Life,’ was published in 2013.

Jessica Alba’s most well-known role was as Max Guevara, a genetically engineered super soldier in the Fox science fiction television series ‘Dark Angel.’ Not only was the series a huge success, but it also brought Alba a lot of attention for her outstanding performance and interpretation of the role. The show lasted two seasons and earned her a slew of prizes and accolades.

Jessica Alba earned multiple honors for her major role in the blockbuster television series ‘Dark Angel,’ including the Saturn Best Actress Award and the Teen Choice Actress Award. She even garnered a nomination at the Golden Globe for Best Actress. Alba received the ALMA Breakthrough Actress of the Year Award for this performance in 2001.
She received the Young Hollywood Superstar of Tomorrow Award in 2005 for her incredible talent and artistic abilities.
In 2006, she won an MTV Movie Award for Sexiest Performance in ‘Sin City.’
Alba was named Favorite Female Movie Star at the Nickelodeon Kids’ Choice Awards in 2008 for her role in ‘Fantastic 4: Rise of the Silver Surfer.’ She won another Teen Choice Award for Choice Movie Actress for the horror picture ‘The Eye’ the following year.

Jessica Alba married Michael Weatherly, her co-star from the film ‘Dark Angel,’ in the year 2000. The couple was together for three years before breaking up.
Alba initially met Cash Warren in 2004. In May of 2008, the two finally married. Honor Marie Warren and Haven Garner Warren are their two daughters.

Clothes Off Our Back, Habitat for Humanity, National Center for Missing and Exploited Children, Project HOME, RADD, Revlon Run/Walk for Women, SOS Children Villages, Soles4Souls, and Step up are among Jessica Alba’s charitable organizations. She is also an outspoken supporter of gay rights and an ambassador for the 1Goal movement, which provides free education to African youth.

Net Worth of Jessica Alba

Jessica Alba’s net worth is believed to be $340 million.