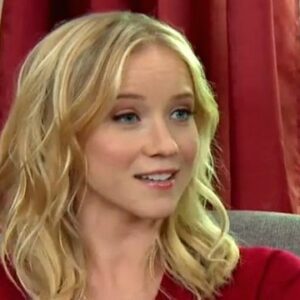 Jessy Schram is an American actress and model best known for playing the lead roles of Christine Kendal in the television series “Last Resort” and Karen Nadler in the drama “Falling Skies.” She is also well known for playing Susan Davis in the TV movie series “Jane Doe.” She also played Nance O’Keefe in “The Lizzie Borden Chronicles” and Cash Gray in “Nashville” on television, which are both important roles. The actress has also appeared in a variety of programs as a guest star, to mention a few: “Drake & Josh,” “Boston Legal,” “Ghost Whisperer,” “The Mentalist,” and “Once Upon a Time in Wonderland.” In films like “American Pie Presents: The Naked Mile,” “I Want Someone to Eat Cheese With,” “Unstoppable,” and “The Submarine Kid,” Schram has appeared as a performer. The American actress has modeled for a number of upscale brands and ads. Schram’s popularity in the entertainment sector is on the rise and will undoubtedly soar to new heights in the near future.

In 2004, Jessy Schram made her acting debut in a “Drake & Josh” episode. She was chosen to play Susan Davis in the 2005 television movie “Jane Doe.” She appeared in the films “I Want Someone to Eat Cheese With” and “American Pie Presents: The Naked Mile” the following year. Then, in 2007, the actor started portraying Rachel Seybolt in “Life.” She also had appearances in that year’s episodes of House, Ghost Whisperer, Without a Trace, and CSI: Miami.

Schram soon after produced the movie Keith. She acted in the 2010 TV movies “Betwixt” and “Night and Day,” as well as the film “Unstoppable.” The American beauty joined the cast of “Falling Skies” the next year. In that same year, she also played Ashley Boyd/Cinderella in the television series “Once Upon a Time.”

She then landed the starring position in the television series “Last Resort.” She then made an appearance in four “Mad Men” episodes in 2014. A year later, Schram appeared in the drama “The Lizzie Borden Chronicles” and the film “The Submarine Kid.” The same year, she also began portraying Cash Gray in “Nashville.”

Kristie and John Schram welcomed Jessy Schram into the world on January 15, 1986, in Skokie, Illinois, the United States. She has a brother named Jonathan and a sister named Nicole. She went to Buffalo Grove High School, where she received her diploma in 2004.

Regarding the actress’ romantic life, she is reportedly unattached. According to media sources, she hasn’t been involved with any men. It appears that Schram either values being single or hasn’t found her Mr. Right yet. Twitter and Instagram are two social networking sites that American beauty enjoys using frequently.