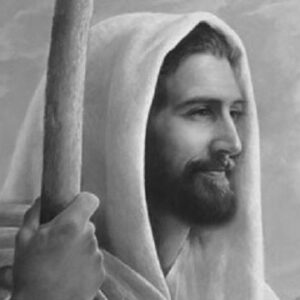 The founder of Christianity was Jesus Christ, commonly known as Jesus of Nazareth. In the beliefs of most Christian churches, he is referred to as the “Son of God.” The four Gospels of the New Testament Bible, known as the Canonical gospels, written by Matthew, Mark, Luke, and John, account for the majority of what we know about Jesus’ life today. These are not biographies in the contemporary sense and were written between 70 and 200 years after Christ’s death. There is substantial debate over the exact specifics of his life and teachings due to a lack of accurate historical documents. Though he was born in Bethlehem, Jesus was a Galilean from Nazareth, a hamlet near Sepphoris. Except for the fact that he was a brilliant and precocious child, little is known about his boyhood. His father, Joseph, was a carpenter, and it’s thought that Jesus followed in his father’s footsteps. He was baptized as a young man by the prophet John the Baptist and began a career as a preacher and healer. He went on to become a well-known preacher, and Christianity is founded on Jesus Christ’s life and teachings as recorded in the New Testament.

Jesus was born in Bethlehem to Joseph and Mary somewhere between 7 and 2 BC. The birthday of Jesus Christ is commemorated by most Christians on December 25. Jesus was a Galilean from Nazareth, a hamlet near Sepphoris, despite being born in Bethlehem. Joseph had a legal father who wasn’t his biological father. Mary was a virgin when Jesus was conceived, and she “was found to be with child from the Holy Spirit,” according to tradition.
After the birth of Jesus, Joseph and Mary had additional children. His siblings include James, Jude, Simon, and Joses, as well as a number of nameless females.
Little is known about his early life, however some sources claim that he was brilliant and intelligent even as a child. Jesus had gone on a journey to Jerusalem with his parents when he was 12 years old and had become separated from them. He was discovered in a temple a few days later, discussing important topics with some elders.
Joseph was a carpenter, and when he grew older, Jesus followed in his footsteps and became a carpenter as well. He became a preacher and healer after being baptized by the prophet John the Baptist.

Following his baptism, which symbolically marked the start of Jesus’ ministry, he spent 40 days and nights fasting and meditating in the Judean desert. The Devil appeared three times during this time to seduce Jesus. He turned against the Devil’s three temptations and sent him away.
After that, Jesus returned to Galilee and began preaching. He also began to accomplish a series of miracles, including the calming of a storm, feeding 5,000 people, walking on water, and a variety of other marvels and parables.
Over time, a number of people became his disciples. Mary Magdalene, one of his most renowned disciples, is said to have been present throughout Jesus’ mission, from the beginning to the end.
More people became his followers as word of his healing abilities and teachings spread. He emphasized forgiveness and unconditional love in his teachings, and taught people to love everyone, including their enemies.
With time, his popularity grew, and as he continued to preach about God’s kingdom, crowds began to hail him as the son of David and the Messiah.
“Who do you say that I am?” he asked his disciples during one of his contacts with them near Caesarea Philippi. The disciples were mostly perplexed, but one of them, Peter, said, “You are the Christ, the Son of the living God.” The titles “Christ” and “Son of God” were adopted by Jesus, who declared the proclamation to be a divine revelation from God himself.
The week before the Passover celebration, Jesus and his disciples traveled to Jerusalem. The residents who greeted him at the city’s entrance gave him a warm and passionate welcome. He was welcomed as the Son of David and the Son of God by the populace. He evicted dishonest money lenders from the temple and raised Lazarus from the dead during his visit in Jerusalem.
Jesus’ growing popularity drew him into conflict with Jewish elders who questioned his authority. The elders then conspired with the priests to assassinate Jesus. Judas Iscariot, one of Jesus’ followers, struck a deal with the elders and agreed to betray Jesus in exchange for 30 silver coins.
Jesus was betrayed by Judas, who kissed him on the cheek to identify him during the final meal he had with his 12 apostles in Jerusalem (later known as the Last Supper). Following this, soldiers and authorities arrested Jesus and took him to the high priest to be interrogated. For claiming to be the Son of God, Jesus was tortured and executed. He was brought before the Roman governor, Pontius Pilate. The priests accused Jesus of claiming to be the Jewish King, and Pilate was asked to judge and condemn him.

In Christianity, one of the world’s major organized faiths, Jesus Christ is a central character. Most Christians believe him to be the ‘Son of God,’ and he is regarded as the long-awaited Messiah who reconciled humans to God. Christianity is founded on Jesus Christ’s life and teachings as recorded in the New Testament.

Jesus was scourged and eventually killed by Pontius Pilate. The four canonical gospels, alluded to in the New Testament Epistles, depict Jesus’ crucifixion, which is proven as a historical event attested by non-Christian sources.
While there is no unanimity on the exact date of Jesus’ crucifixion, biblical historians generally believe that it occurred on or near Passover on a Friday. Many current experts believe his crucifixion occurred on either April 7, 30 AD or April 3, 33 AD.
Two robbers were crucified alongside Jesus, one on his left and the other on his right. He died on the cross, with a soldier puncturing his side with a spear to prove his death. An earthquake struck shortly after his death, shattering the tombs. After that, his body was removed from the cross and buried in a tomb.
Three days after Jesus’ death, his tomb was discovered empty. He had resurrected from the grave and appeared to one of his followers, Mary Magdalene, and subsequently his mother, Mary. He then convened with his followers and instructed them to go all over the world preaching the gospel to all people. Jesus brought his followers to Mount Olivet after 40 days, from where he ascended into heaven.