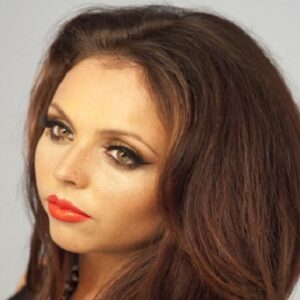 Jesy Nelson is a member of the ‘Little Mix’ girl group from the United Kingdom. Jesy Nelson has made a significant contribution to ‘Little Mix’ since winning the eighth season of ‘The X Factor’ as a member of the all-girl band, belting out smash singles and big chartbusting albums one after the other. She rose to prominence as a singer once the show’s band was created. She was known for being an excellent theater and art student. Jesy was bullied in school and was regularly ridiculed for being a little overweight. She assumed the persecution would stop as she grew older, but she was criticized by some fans even throughout the performance. With the help of her family and teammates, she was able to overcome the criticism and speak out against body shaming on national television. She wishes to encourage other ladies dealing with similar issues to disregard the negative and focus on what they do best. She has managed to knock off some of the most famous girl-bands such as ‘The Pussycat Dolls’ and ‘Spice Girls’ from music chart records by displaying excellent harmonies alongside Jade Thirwall, Perrie Edwards, and Leigh-Anne Pinnock. Her vocal range and vibrato have only improved with time, from the group’s debut album ‘DNA’ to their most recent fourth album ‘Glory Days.’

Jessica Louise Nelson was born on June 14, 1991, in Romford, East London, to Janice White and John Nelson. Nelson, her father, is a businessman, and her mother is a Community Service Officer for the Police Department.
Janice grew up with three other siblings. She is the second youngest of three children, with two older siblings, Jade and Jonathan. Joseph, her younger brother, is her other sibling.
Her parents divorced when she was five years old. She stayed with her mother after her parents divorced. Her mother struggled to raise four children, thus she had to move twelve times as a child in quest of a house.
She went to ‘Jo Richardson Community School,’ where she obtained standard education. She went on to graduate from ‘Abbs Cross Academy and Arts College,’ where she was regarded as one of the class’s smartest pupils. She also enrolled in the ‘Sylvia Young and Yvonne Rhodes Theatre Schools,’ a well-known Performing Arts Institute.

Success of a Reality Show (The X Factor)

In 2011, Jesy auditioned as a soloist for the eighth season of ‘The X Factor’ in the United Kingdom. Despite failing to pass the “bootcamp” phase, she was given a second opportunity with the group ‘Faux Pas.’
All four members of ‘Faux Pas’, however, were unable to advance to the next round. She was cast in a newly created group called ‘Rhythmix,’ which included two members from ‘Faux Pas’ and two members from ‘Orion.’
Under the direction and supervision of coach ‘Tulisa Contostavlos,’ the four-member girl-group – Jesy, Jade, Perrie, and Leigh-Anne – went on to perform live shows.
The trio became famous almost immediately, with judges praising their potential and referring to them as the “future band.” However, due to a conflict with a children’s music charity group, they altered their group name during their time on the show. That’s how the moniker ‘Little Mix’ was created.
Jesy performed wonderful numbers with her band, demonstrating incredible vocal range and frequently setting the tone for the rest of the group by starting the concert.
The judges deemed the trio “dynamic” with variance in voice textures and ranges because of her soulful voice in ‘If I Were A Boy’ on the show. The group had everything they needed to win the reality show, and they did.
The first group to win ‘The X Factor’ was ‘Little Mix.’ They covered Damien Rice’s ‘Cannonball,’ and Jesy’s first official cover record topped the ‘UK Singles Chart’ within days.

Jesy appeared with her band at ‘T4 on the Beach,’ where they debuted their first single, ‘Wings,’ from their debut album, ‘DNA,’ in 2012. It debuted at number one on the UK music charts, and she toured to promote it the following year.
Her debut album quickly soared to number three in the UK and Ireland. ‘DNA’ and ‘Change Your Life,’ the next two singles, were broadcast on radio in 2013 and swiftly rose to the top 12 slot. Little Mix released their fourth song, ‘How Ya Doing? (Feat. Missy Elliott),’ later that year before releasing their second album.
In an interview, Jesy indicated that the group’s second album would be titled ‘Salute,’ and that it would lean toward the R&B genre, since the trio planned to write a few of club songs. In 2013, the album was released.
The album’s first single, ‘Move,’ reached number three on the music charts, and was followed by ‘Little Me,’ a song written in gratitude for the group’s followers. She sang a cover of ‘Word Up!’ for ‘Sport Relief’ in 2014, and it charted at number six in the UK.
Jesy rang in the new year by playing with her band at the Brit Awards, where she also revealed that their third album, titled ‘Get Weird,’ was finished.
The album’s lead track, ‘Black Magic,’ was quickly becoming a radio staple. Britney Spears’ single “Pretty Girls” was co-written by her the same year. The record garnered a lot of positive feedback and made a lot of money.
Her fourth album, ‘Glory Days,’ showcased her vocal development, and the album quickly rose to the top of the UK album chart. ‘Shout Out to My Ex,’ the first single, also topped the UK singles chart.

For the sixth time in a row, her single ‘How Ya Doin?’ has kept her place in the UK top 20 Hit Songs. The song was included on all music charts across the world and sold over 120K copies in the United Kingdom alone.
The first song from her third album, ‘Black Magic,’ spent more than three weeks at the top of the UK singles chart. This was also the group’s first single to chart on the Billboard Hot 100 in the United States.
Her third album was certified double platinum and sold over 600,000 copies, making it her best-selling album to date. It debuted at number fifteen on the US Billboard 200 and remains her best-selling album to date.

Her group’s ‘The Get Weird Tour’ grossed millions, with over 300,000 tickets sold out in the United Kingdom alone. She was scheduled to perform in 60 cities across Europe, Asia, and Australia as part of the tour.
Her ensemble won the Glamour Award for ‘Band of the Year’ in 2014, while she earned awards for ‘Best Three New Artists’ and ‘New Artist of the Year’ at the Japan Gold Disc Awards.
She won the BBC Radio Teen’s ‘Embrace Your Uniqueness Award’ in 2015. The girl-band took up the accolade for ‘The Ultimate Girl Group’ at the ‘Cosmopolitan Ultimate Women’s Awards.’
In 2016, she won the Glamour Award for ‘Artist of the Year,’ and at the 2017 Brit Awards, she was nominated in three categories: ‘Best Group,’ ‘Single of the Year,’ and ‘Video of the Year.’

She worked as a bartender at a local bar in Essex before becoming famous as a member of Little Mix and the winner of ‘The X Factor’ show.
In 2009, she dated Jordon Banjo, the winner of Britain’s Got Talent. She later dumped him and dated Rixon’s lead vocalist, Jake Roche, for a year before becoming engaged to him in 2015, but the couple split up in November of 2016.

Jesy Nelson’s net worth is an estimated $3 million.

Every several hours, she becomes preoccupied with cracking her knuckles.