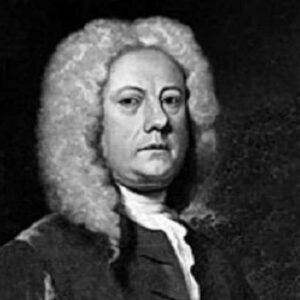 Jethro Tull was an English agricultural pioneer who produced mechanical agricultural implements and established novel farming practices. His agricultural innovations and inventions, including as the seed drill and horse-drawn hoe, lay the groundwork for modern, more efficient British agriculture. He was born into a Berkshire gentry family and studied law at Oxford University and Gray’s Inn in preparation for a legal career, but his health forced him to abandon his aspirations and begin farming with his father. Tull had witnessed new and improved agricultural practices in France and Italy while travelling Europe, and when he became a farmer, he began to think of more competent ways to do it. He saw that seeds were dispersed manually for sowing at the time without any well-organized approach, prompting him to design the seed drill, which efficiently sowed the seeds in orderly rows. In attempt to improve traditional agricultural techniques, he came up with the notion of a horse-drawn hoe and designed the four-culter plow. Later, he produced two volumes of The Horse-Hoeing Husbandry, which detailed his technique and machinery and propagated his ideas to other farmers. Although his ideas and tactics were initially met with fierce opposition, they were later adopted due to improved output and profitability. His many implements and agricultural practices had a significant impact on the Agricultural Revolution, and their influence may still be observed in modern farming systems.

Jethro Tull was born to a farmer, Jethro Tull Sr., and his wife, Dorothy Tull, in Basildon, Berkshire, England. On March 30, 1674, he was baptized there and grew up on a country estate.

He entered at St. John’s College, Oxford, at the age of 17 to pursue a law degree, but dropped out before completing his studies. He then became a member of Staple Inn, where he studied for two years until being called to the bar by Gray’s Inn benchers in 1693. In 1699, he became a barrister, but he never practiced law.

He became afflicted with a lung condition shortly after being admitted to the bar, which changed the trajectory of his professional life. Following that, he traveled to Europe in search of a therapy.

Tull noticed farming systems in France and Italy that were significantly superior than those in England during his journey. Tull then returned to his homeland and purchased a property named Prosperous in Shalbourne, where he began experimenting with new farming practices.

He worked on the farm for the remainder of his life and was instrumental in transforming British agriculture. To boost yield, he recommended pulverizing the soil, planting with drills, and thorough tilling during the growing season.

The most frequent method of spreading seeds at the time was just scattering them and watching them sprout and develop alongside weeds. He came up with the notion of sowing crops in rows that could be weeded to boost productivity while using fewer seeds. As a result, in 1701, he invented a horse-drawn seed drill that sowed the seeds in precise rows.

Later, he constructed a horse-drawn hoe and successfully adopted the vineyard method to his farm after being inspired by the cultivation methods used in the vineyards of France and Italy, where the rows of earth between the grapes were crushed. This method reduced the amount of manure used and improved the flow of water to and from plant roots.

He also developed a four-coultered plow that formed vertical cuts in the earth before plowing with the plowshare. Tull was able to produce strong crops for several years in a row using his better farming tactics, and he was also able to eliminate the requirement for fallowing.

He began writing a book about his agricultural experiments and the scientific justifications for them in 1729. In 1731, he published ‘The New Horse Hoeing Husbandry: or, an Essay on the Principles of Tillage and Vegetation’ as a result of his research.

Despite the fact that his unique methods were not well received and were even ridiculed at the time, they were eventually adopted by huge landowners and became the foundation of contemporary and efficient British farming.

Tull’s development of the seed drill, a mechanical seeder that seeded efficiently at the precise depth and spacing and then covered the seed so it could grow, revolutionized crop planting in 1701. By 1866, the seed-drill had become one of the most widely used farm devices in England.

Tull wrote ‘The New Horse-Hoeing Husbandry; or, an Essay on the Principles of Tillage and Vegetation,’ which was published in 1731, after nearly 40 years of fieldwork. The book was eventually translated into French, Dutch, German, and other European languages, and it presents his theories on plant physiology and plant culture recommendations.

Susanna Smith of Burton Dassett, Warwickshire, married Jethro Tull. Tull’s family settled on his paternal property after the couple had three children together: a son and two daughters.

The estimated net worth of Jethro Tull is unknown.