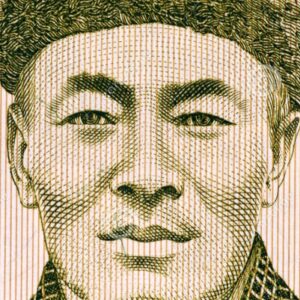 Bhutan’s Third Druk Gyalpo (King) was Jigme Dorji Wangchuck. He is recognized with ushering in a new era in contemporary Bhutan, and he is commonly referred to as the “Father of Modern Bhutan” for the progressive reforms he brought about during his reign as king. He received a private education, first in the palace and then in Kalimpong, India, before being sent to England to complete a well-rounded education appropriate for a king. Following his father’s death, he returned to the country and served in various posts in the administration before being appointed as the country’s monarch. During his two-decade reign as king, he instituted changes that would forever change the kingdom. He wrote a new constitution, organized the Royal Bhutan Army, set up courts, installed judges, and abolished serfdom and slavery. He was also a deft diplomat who kept excellent relations with his neighbors and assisted Bhutan in gaining membership in the United Nations.

On 2 May 1929, in the Thruepang Palace in Trongsa, Bhutan, Jigme Dorji Wangchuck was born to H.H. Maharaja Sri Sir Jigme Wangchuck and his first wife H.M. Puntsho Choden. The 14th Tongsa Penlop was his father.
He received his schooling at the Royal Palace before enrolling at a private school in the Indian city of Kalipmong. After that, he travelled to England to finish his schooling.
After traveling the world and visiting numerous countries in Europe to learn more about how to establish a modern country, he returned to Bhutan and was appointed Tongsa Dronyer in 1943. He was recognized as his father’s heir apparent three years later.

In 1950, Jigme Dorji Wangchuck was appointed Paro Penlop after the death of the previous Paro Penlop, Tshering Penjor. It was his very first formal meeting. Penlop is a word that refers to a governor of a specific geographical area, and he was the governor of the town of Paro for two years.

His father died on March 30, 1952, and he was anointed king on October 27, 1952. His reign marked the beginning of a new era in Bhutan, and one of his first responsibilities was to form a unicameral National Assembly. A year after becoming king, he formed the National Assembly.

He launched an economic planning project in 1961 that would plan the future of Bhutan’s economy for the next five years, and two years later he assisted in the formation of the Royal Advisory Council, or Lodoe Tshogde, as well as a new constitution. He also founded the Royal Bhutan Army in the same year. He was given the title of His Majesty the Druk Gyalpo and was appointed as the army’s commander-in-chief.

During his reign, Jigme Dorji Wangchuck made significant contributions to Bhutan’s education system. He assisted in the establishment of the Simtokha Rigzhung Lobdra, which eventually became known as the Institute of Language and Cultural Studies, in 1967. It was transformed into a center for traditional Bhutanese education. He also contributed to the establishment of public schools.

He chose to establish a high court in Bhutan in 1968 after establishing the Thrimzhung Chenmo, or Supreme Law, in Bhutan nine years before. Additionally, judges were appointed in various districts across the country. The judiciary was reorganized under his reign, and slavery and serfdom were declared outlawed.
He worked extensively to ensure that Bhutan had positive ties with its neighbors and, eventually, became a member of the United Nations. He built strong ties with India’s neighbors and recognized Bangladesh as a newly independent country. Bhutan was admitted to the United Nations in 1971.

Jigme Dorji Wangchuck was without a doubt one of Bhutan’s most powerful rulers, and is commonly referred to as the “Father of Modern Bhutan.” Among his many accomplishments, the most notable was ensuring Bhutan’s admission to the United Nations and inclusion in the international diplomatic community.