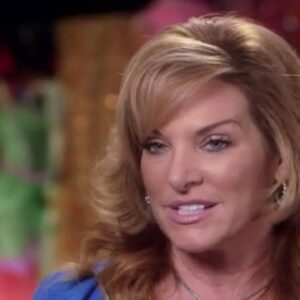 Jill Colavita Vertes is an actress and reality TV star from the United States. Jill rose to fame after she and her daughter, Kendall, participated on the popular reality show ‘Dance Moms.’ While her daughter excelled in dance, Jill originally created a name for herself by doing all the wrong things. On the show, she was notorious for her foot in mouth disease and frequently lost her calm. Melissa, who played a mother on the same show, was her best friend and had a very different personality. Jill mended her ways and grew more acceptable to others as the series continued.Jill is a very different person in real life, and many of her behaviors on the show can be related to the pressures of the situation and the producers’ demands. In show business, though, all is fair. Her followers enjoyed watching her, and the production business profited handsomely. Jill has always been an outgoing person who was a part of her college council and cheerleading squad when she was younger. Aside from ‘Dance Moms,’ she has starred in a few music videos and has a large enough social media following to be considered a celebrity. Jill is more than anything else a modern mother with a celebrity child. Her real-life narrative serves as an example for others to follow.

Jill Vertes rose to prominence after appearing with her daughter, Kendall Vertes, in season two of the popular reality show ‘Dance Moms.’

Kendall won an open seat at the Abby Lee Dance Company, which is committed to training young dancers, in her very first performance.

Jill left Abby Lee to join Cathy and Candy Apple’s Dance Centre after being dissatisfied with Kendall’s treatment as a dancer.

She eventually returned to Abby Lee after finding the situation with Cathy and Candy to be significantly worse. Some speculate that the entire scenario was staged for dramatic effect.

She was known to use vulgar language and even throw a sneaker at one point during her time on the show. This made her a thorn in the side of the other Moms on the show.

She allegedly bribed Abby and her own kid in order to obtain points, and she was always willing to dance in public.

Despite their polar opposite behavior, she managed to get along with Melissa on the show and become good friends. However, as the show continued, she mellowed out and became more acceptable to the other mothers on the show.

Some of Jill’s acts, according to her, were spurred by the show and would not have occurred under regular conditions. Her daughter went on to become a professional dancer at the end of the day.

Jill has also dabbled in show business dancing and acting. She earned first place in the dancing competition ‘Dancing with the Celebrities of Pittsburgh’ in May 2013.

Aside from ‘Dance Moms,’ she has appeared in the music videos ‘Boomerang’ by Jo Jo Siwa and ‘Freaks Like Me’ and ‘Ease on Down the Boulevard’ by Todrick Hall.

She is now an actress who has participated in a number of TV series in addition to her role as a reality star. In 2012 and 2013, her work was recognized with a ‘Teen Choice Award.’

Kendall is a well-known dancer, but Jill’s other daughter, Ryleigh, is also performing in numerous events. We might see the trio on stage one day if Jill’s wishes come true.

Jill Vertes was born in Pennsylvania, USA, on August 15, 1965, to Italian-American parents. As a child, she was interested in dance and gymnastics, and in high school, she competed in cheerleading.

She was also a member of the cheer squad and the student council at the University of Pittsburgh, where she earned a bachelor’s degree in arts.

She enjoyed dressing up, applying makeup, singing, and dancing as a child. She was a member of the dramatics club and took part in the senior school play “Oklahoma.” She was also a horseback rider and a lover of animals.

She worked as a pharmaceutical sales representative for ten years after graduating. Kendall, Ryleigh, and Charlotte are her three daughters from her marriage to tennis player Erno Valer Vertes.

While Kendall and Ryleigh went to Abby Lee Dance Company to train to dance, Charlotte followed in her father’s footsteps and learned to play tennis.

Jill’s biggest regret is that she didn’t have another kid when she had the opportunity.

She enjoys reading and long walks, and she vents her frustrations to her spouse while chewing gum. She also owns a cat and a dog, which serve as stress relievers.

Jill and Melissa Ziegler met on ‘Dance Moms,’ and have been supportive of each other throughout the show.

She now has a sizable social media following and a net worth of more than $ 2 million.