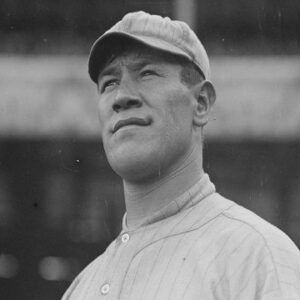 James Francis “Jim” Thorpe, often recognized as the best athlete of the twentieth century, was a versatile athlete who excelled in a variety of sports. In the pentathlon and decathlon, he won Olympic gold medals. He had also played football in college, as well as baseball and basketball professionally. He began playing football in high school and went on to participate in a variety of other sports. Glenn “Pop” Warner, a football icon, was one of his early coaches, helping to shape the boy into a strong competitor. The King of Sweden congratulated him on his Olympic victory, proclaiming him the finest athlete on the planet. However, after it was discovered that he had played professional baseball before playing in the Olympics, his Olympic titles were stripped from him. This was against the Olympic’s amateurism rules. His Olympic accomplishments, on the other hand, were restored to his credit 30 years after his death. Until the age of 41, the strong and healthy athlete competed in competitive sports. But life did not always treat him well. During his latter years, he battled to make ends meet and succumbed to drinking, which devastated his health and well-being.

The specific facts concerning his date of birth or birthplace have not been established, hence the circumstances of his boyhood are often debated. His parents came from a mixed ancestry family. His father was a farmer named Hiram Thorpe, and his mother was Charlotte Vieux. He was brought up in a traditional Indian way of life.
Before being sent to the Haskell Institute, an Indian boarding school in Kansas, he attended the Sac and Fox Indian Agency School.
After his mother died while he was young, he got depressed and left home after clashing with his father; however, when he was 16, he returned to his father and resumed his studies at the Carlisle Indian Industrial School.
During his school years, he was known for his exceptional athletic ability, which set him apart from his colleagues. Glenn “Pop” Warner, the famed football coach, took notice of his ability and began coaching him.
Jim had yet another sorrow when his father died, leaving him orphaned.

His accomplishments are documented in concrete since 1907. He played competitive football, baseball, and lacrosse as a high school and college student.
In 1911, he drew a lot of attention as a football player when he scored all of his team’s field goals and a touchdown in an 18-15 win over Harvard, a top-ranked team at the time. His club finished the season with an 11-1 record.
His favorite sport was football. He had 25 touchdowns and 198 points in 1912. He began preparing for the Olympics in many sports, including jumps, hurdles, pole vaulting, javelin, and hammer, the same year. Because of his all-around ability, he got noticed throughout the trials.
The pentathlon and decathlon were two new multi-events at the 1912 Summer Olympics in Stockholm, Sweden. Thorpe competed in both of these events, as well as the long jump and high jump. In the pentathlon and decathlon, he earned gold medals.
He competed in the Amateur Athletic Union’s All-Around Championship after winning the Olympics. He won seven of the 10 events contested against Bruno Brodd and J. Bredemus.
Prior to his Olympic participation in 1913, it was discovered that he had played professional baseball. Athletes who had previously received any form of remuneration for participating in sports were disqualified from the Olympics, in violation of the amateurism rule.
Thorpe was unaware of the regulation prior to competing, and he appealed to the Olympic authorities in a letter. The Amateur Athletic Union, on the other hand, took the situation seriously and stripped him of his Olympic championships.
As a free agent, he joined the New York Giants, with whom he played 19 games and helped the team capture the National League championships in 1913.
He went on a globe tour with his team with the Chicago White Sox, where he became an international star. Several people flocked to the streets only to catch a sight of the gifted athlete, and he got the opportunity to meet several notable figures, including Pope Benedict XVI and King George V. He was sold to the Cincinnati Reds in 1917, but was later returned to the New York Giants. He played with them on an irregular basis before being sold to the Boston Braveson in 1919. Until 1922, he was a minor league baseball player.
After the Olympics, he continued to play football. In 1915, he joined with the Canton Bulldogs for a salary of $250 per game, which was a great sum at the time. More than 8,000 people showed out to see him play against the Massillon Tigers in his first game. In 1916, 1917, and 1919, he assisted his squad in winning championships.
Thorpe was elected as the inaugural president of the American Professional Football Association (APFA) in 1920. He played 52 games for six teams in the National Football League from 1920 to 1928 before retiring.

At the 1912 Summer Olympics in Stockholm, he won two gold medals, one in the Pentathlon and the other in the Decathlon.

From 1913 through 1925, he was married to Iva Miller. They had four children together.
In 1926, he married for the second time. Freeda Kirkpatrick, his second wife, worked as a manager for the baseball team he played for. They divorced in 1941 after having four boys.
In 1945, he married Patricia Askew for the second time. His third wife stayed with him till he passed away.
By the time his athletic career came to an end, the Great Depression had already begun. After that, he struggled to make ends meet and turned to drinking. During his later years, he also battled cancer and was impoverished. In 1953, he died of a heart attack. To enhance the awareness of this remarkable athlete, President Richard Nixon declared April 16, 1973 as “Jim Thorpe Day.”

This Olympic gold medalist, dubbed “the best athlete of the twentieth century,” had previously worked as an extra in movies.