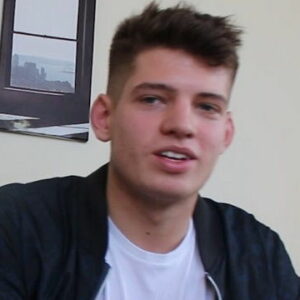 JMX is a British YouTuber who has become well-known for his FIFA game videos on his channel with the same name. More than a million people subscribed to his channel thanks to his video series “Strip FIFA.” However, because of their offensive content, the majority of these videos were removed. Now, the majority of his videos are focused on the video game “FIFA Ultimate Team,” but he still posts a few reaction and challenge videos on his channel. JMX also runs the “JMX Plays” YouTube channel, where he posts videos about “FIFA Career Mode.” On several occasions, his brother, stepmother, and ex-girlfriend have appeared in his videos. His ex-girlfriend claimed that JMX had exploited her notoriety to further his own career and brand.

JMX was born in England on March 2, 1998. He goes by Joel Morris in real life. His parents’ names are unknown at this time. Mandy is the name of his stepmother. Ben, JMX’s brother, has appeared in several of his videos and is also a YouTuber. Both of them were brought up in Milton Keynes.

JMX attended Buckingham, England’s Royal Latin School. In 2015, he moved out of his house to live with his friend and fellow YouTuber Derek Rants, but five months later, he moved in with The Burnt Chip in an apartment called Stratford Halo. He lives in an apartment with Callux, Wroetoshaw, Calfreezy, Behzinga, and TBJZL, five other YouTubers.

JMX drives a black Volkswagen with a personalized license plate bearing the name of his YouTube channel.

The Fame on Social Media

JMX began playing football while still in school. He eventually developed a deep love for the game. He started playing Xbox games at the same time. JMX considered fusing his two passions and turning them into a career. In 2011, he posted his first video to YouTube with the caption “moron falls in the dirty pool.” The video is still accessible on the “Takeaskillpill” channel. JMX started another channel after the first one had few subscribers but failed miserably to achieve the desired results. In order to increase his channel’s subscriber count, he deleted the account and took some time to plan out the variety of content he would post. Finally, in 2013, JMX launched a YouTube channel with the same name and published the first video, “FIFA13 Silver Squad! Belgian Pro League 20k Pace + Power Squad Builder. The video was a huge success.

The notion of posting FIFA game videos clicked, and his channel quickly gained popularity. The YouTuber quickly rose to fame for his “FIFA Ultimate Team” videos and challenging football matches that he shared with other users like Ksi, Wroetoshaw, and Juan Mata. However, the “Strip FIFA” video series was the one that had the biggest impact on the channel’s viewership. In these videos, JMX makes curvy, attractive women strip off every time they lose a point while playing FIFA. But almost all of those videos have since been removed due to their extreme nudity. The channel offers videos about fitness and lifestyle in addition to games. JMX also informs his audience of FIFA news and other pertinent information regarding on-going competitions.

In order to post videos on GTA Funny Moments, Mods, races, and other popular video games, JMX established his second channel, “JMX Plays,” in 2014. His new channel has yet to achieve the same level of popularity as his old one.

JMX was dating Jessica Shears, a well-known model from Love Island. They were getting along great, and Jessica even made an appearance in a few of JMX’s prank videos. JMX charged his girlfriend with stealing money from his bank account in September 2017. He called Jessica a snake who advertised herself on his channel. She gained entry to the reality series “Love Island” because she had appeared in the strip videos posted on JMX’s channel.

Jessica responded with a different account. She claimed that JMX’s channel attracted millions of subscribers as a result of her strip and sex prank videos. She referred to the claim as a publicity ploy to increase channel subscriber numbers for JMX.

JMX created the music video for “The Truth” as a parody of the entire incident. The purpose of the video was to roast Jessica and expose the real reason for the incident. JMX appeared in the video alongside Momo, Quadeca, and Monstah, among other artists.

Regarding JMX’s earnings, I should mention that he is a well-known YouTuber who has made a sizable fortune from his endeavors.

According to YouTube statistics, he has posted 1,630 videos that have amassed more than 738 million views and brought in about $227,000.

His estimated net worth is therefore around $1.5 million, and he enjoys a comfortable lifestyle thanks to his reliable source of income.