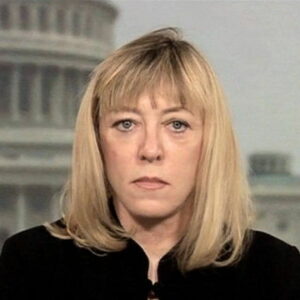 Jody Williams is an American who works to change the government. She won the Nobel Peace Prize for her work to ban anti-personnel landmines and get rid of them. Williams has spoken about the dangers of landmines in over 70 countries and shown millions of unexploded landmines to people all over the world to change the way people think about safety. She has worked for peace and fought for human and civil rights, especially the rights of women. She fights to bring back the real idea of peace, which has nothing to do with the lack of wars in the world today. Jody Williams started the International Campaign to Ban Landmines (ICBL), which was officially started by six nongovernmental organizations (NGOs). She also took the lead in starting the “Nobel Women’s Initiative,” which supports and encourages the work of women who fight for justice and equality. Williams writes a lot, and his articles have been published in the Wall Street Journal, the International Herald Tribune, The Independent (UK), The Irish Times, and The Toronto Globe, among others. Jody Williams has been named “Woman of the Year” by the magazine “Glamour” twice, along with other well-known people like Hillary Clinton and Barbara Walters.

Jodie Williams was born in Brattleboro, Vermont, USA, on October 9, 1950. His dad was a judge in a small town, and her mom ran public housing projects.

She was the second of five kids that her parents had. Her youngest brother was hard of hearing and suffered from schizophrenia. Williams was deeply affected by what happened to her brother, which made her think about the poor from an early age.

She got a Bachelor of Arts degree from the University of Vermont in 1972.
The School for International Training in Vermont gave her a Master’s Degree in Spanish and English as a Second Language (ESL) teaching in 1976.

In 1984, she finished her graduate studies at the Johns Hopkins School of Advanced International Studies in Washington, D.C., in International Relations.

She took up different teaching jobs in Mexico, the United Kingdom, and Washington D.C. and even worked temporarily as a secretary before deciding on a career in political activism.

In 1984, Jody Williams joined the Nicaragua–Honduras Education Project as a coordinator.
In 1986, she became the assistant director of Medical Aid for El Salvador.
In November 1991, the Vietnam Veterans of America Foundation and Medico International Williams asked her to lead an international campaign against antipersonnel landmines.

Williams was the first person in charge of the project International Campaign to Ban Landmines. This was in October 1992. (ICBL). At the start of the campaign, the goal was to get an international treaty signed that would stop making and distributing landmines as weapons of war.

Williams spent the next few years trying to get support from government and NGO leaders all over the world and talking about the dangers of landmines at the European Parliament and the Organization of African Unity.
At a diplomatic meeting in Oslo in September 1997, Williams was able to get a treaty to ban landmines signed.

Williams became a campaign ambassador for the International Campaign to Ban Landmines (ICBL) in February 1998. He also joined the organization’s coordination committee as a senior editor of the group’s “Landmine Monitor Report,” which keeps an eye on the Mine Ban Treaty.

She also started working with nine other Nobel Laureates on a project called Peacejam, which is a way to teach and inspire young people to work for peace.
In 2003, she started teaching social work and global justice as a visiting professor at the Graduate School of Social Work at the University of Houston for four years.

She has been the chair of the “Nobel Women’s Initiative” since January 2006.
In 2007, she was chosen to lead the UN High-Level Mission to look into abuses of human rights in the Sudanese region of Darfur.

Since 2007, Williams has worked at the Graduate College of Social Work at the University of Houston as the Sam and Cele Keeper Professor in Peace and Social Justice.

“After the Guns Fall Silent: The Enduring Legacy of Landmines,” which Jody Williams co-wrote in 1995, is a well-known book about how the land-mine crisis in four countries affected society and the economy.

In March 2008, she put out a book called “Banning Landmines: Disarmament, Citizen Diplomacy, and Human Security.” It looks at the Mine Ban Treaty and how it affects other work that has to do with human security.

She has also written chapters for books like “This I Believe: The Personal Philosophies of Remarkable Men and Women,” “A Memory, a Monologue, a Rant, and a Prayer,” “Lessons from Our Fathers,” and “Girls Like Us: 40 Extraordinary Women Celebrate Girlhood in Story, Poetry, and Song.”

In March 2013, she published “My Name Is Jody Williams: A Vermont Girl’s Winding Path to the Nobel Peace Prize.”

She and ICBL were able to get over 100 countries to sign the treaty to ban landmines, including Britain, France, and Germany. This treaty made changes to international law faster than any other treaty before it. It went into effect in 1999.

The Nobel Peace Prize was given to Jody Williams and the ICBL in 1997 for their outstanding work in the fields of arms control and disarmament. This was a reward for Jody Williams’s hard work and persistence. She was the tenth woman to win the Prize and the third American woman to do so.

Forbes magazine named her one of the 100 most powerful women in the world in 2004.

She was in charge of setting up US aid projects that gave free care to children hurt in the El Salvador war.

We don’t know much about her personal life, other than the fact that she was married for three years to her high school sweetheart.

Jody Williams is one of the wealthiest and most well-known Teachers. Based on what we found on Wikipedia, Forbes, and Business Insider, Jody Williams has a net worth of about $1.5 million.

Bill Clinton, who was president at the time, was against the treaty, so he didn’t call Jody Williams to congratulate her on winning the Nobel Peace Prize.