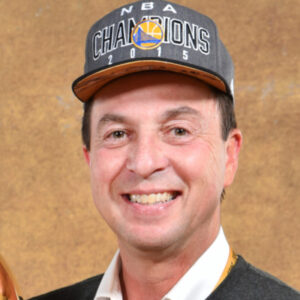 Joseph Steven Lacob, better known as Joe Lacob, is a corporate executive and main shareholder of the professional basketball franchise ‘The Golden State Warriors.’ He is also a managing partner at the prominent venture capital company, ‘Kleiner Perkins Caufield & Byers.’ After commencing his professional career in the healthcare industry, Lacob moved on to work for many organizations, before moving up the ladder of success. Throughout the course of his amazing career as a company leader, he has been successful in turning many startups into significant corporates. Being an avid follower of basketball, he has made various contributions to the sport and has been extensively involved in managing the famous NBA team ‘Golden State Warriors’ for several years now. His rags to riches narrative and his involvement with ‘The Golden State Warriors,’ have gained him respect and admiration from businesses throughout the world.

Joe Lacob was born in New Bedford, Massachusetts, on January 10, 1956. His mother Marlene worked at a grocery store, while his father Sidney was employed at a nearby manufacturer of paper goods. He had to start working early to support his schooling because he was born into a lower middle-class family and his family did not have much money.

Since he was a little child, Joe has been a great basketball enthusiast, cheering on his hometown team, “The Boston Celtics.” His family moved to Anaheim, California, when he was 14 years old, and the ‘Los Angeles Lakers’ soon became his favorite sports team.

He enrolled in the “University of California, Irvine” (UCI) after graduating from high school and graduated with a bachelor’s degree in “Biological Sciences.” The University of California, Los Angeles is where he earned his master’s degree in “epidemiology,” which he later completed (UCLA). The esteemed “Stanford Graduate School of Business” awarded him an MBA as well.

Lacob began his working life as an executive with one of the first biotechnology firms in the United States, “Cetus Corporation.” Later, he held positions with businesses including “Booz, Allen & Hamilton” and “FHP International.”
He joined “Kleiner Perkins Caufield & Byers” (KPCB), a renowned venture capital firm, as a partner in 1987. His involvement with “KPCB” transformed his life irrevocably, and as a result, he stayed on as one of the company’s devoted partners. He invests mostly in companies involved in the internet, energy, medical technology, and life sciences at “KPCB,” where he works.

He has held a number of jobs at the business over the years. He does a good job in his capacity as the company’s information science section’s strategic advisor. More than 50 firms involved in the life sciences received investments from “KPCB” under his direction. Since the majority of these businesses were just getting started, Joe’s choice to invest in them reveals a few things about his willingness to take risks.

He was appointed director of “Corixa Corporation” in 1994. He remained with the business until 2005 when “GlaxoSmithKline” bought it out. He received a promotion to director in March 1995 from the renowned medical device business “TherOx, Inc.” He retained this post until November 2015. He has been employed by “Align Technology, Inc.” as an independent director since August 1997.

He invested in the company “Autotrader.com,” which he later joined as a director in August 1999. He still serves as the company’s director. He was appointed director of “eHealth, Inc.” that same year and held the position until 2008. At numerous additional businesses, including “Cox Automotive, Inc.,” “Glori Energy, Inc.,” “Ophthonix, Inc.,” “Arresto Biosciences, Inc.,” “Elance, Inc.,” “Corthera Inc.” “Livecapital, Inc.,” he has also assumed significant responsibilities.

At organizations like “Orexigen Therapeutics, Inc.” and “Celladon Corporation,” he served on advisory boards. He served on the American Medical Systems Gynecology, Inc. board of directors. In addition to his contributions to businesses, he also makes active donations to government-run healthcare groups like the “American Heart Association” (AHA).

Joe Lacob has remained a devoted basketball fan his entire life. He has been supporting and making contributions to the sport for more than 25 years. The short-lived “American Basketball League,” the nation’s first independent basketball league, had him as a significant investor and fervent backer. However, the Women’s National Basketball Association, which debuted a year after this league, outperformed it.

He joined the “Boston Celtics” as a minority shareholder in January 2006. The Boston Celtics won the NBA World Championship in 2008 during his time with the group. The Golden State Warriors were purchased by Joe Lacob and his group of investors on July 15, 2010, for $450 million, which at the time represented the largest offer ever made for a basketball franchise. Joe had to sell his shares in the “Boston Celtics” in order to buy “The Golden State Warriors.”

The Golden State Warriors’ most recent NBA championship win was in 1975 before Lacob bought the team. As a result, his team selection and the sum of money he spent on it came under scrutiny. However, after he became the team’s owner, the “Golden State Warriors” went on to win two championships in seven seasons, including one in 2017. The squad is currently valued at an astonishing $2 billion overall. Although many of his team-related decisions have been contentious, they have also contributed significantly to the team’s overall success.

Joe enjoys the game of golf as well and spends most of his leisure time honing his swing. He frequently competes in the coveted “AT&T National Pro-Am,” a competition for professionals. Every year, the competition is hosted in Pebble Beach, California, and it draws many top players from all over the world. Joe has been playing pick-up basketball at Stanford for the past 30 years, and he regularly plays games.

Joe Lacob and his ex-wife Laurie had four kids together. He has been in a relationship with Nicole Curran for more than ten years, and the two are now engaged. The Warriors Community Foundation’s board of directors includes Nicole Curran. When the foundation gave the community $6.7 million for various initiatives, she was a key player.
Lacob has a long history of being an active philanthropist. He has been giving high school and college students several scholarships to help them finish their education.

A $3 billion businessman from the United States is Joe Lacob. Joe Lacob is most known for being the majority owner of the NBA’s Golden State Warriors after becoming wealthy as a venture investor. The Warriors were bought by Lacob for $450 million in 2010 along with a group of investors, including Peter Guber. The Warriors selected Stephen Curry, an unimpressive college player, just a few months previous to the acquisition.

Blackjack is a card game that Joe Lacob enjoys playing and thinks he’s extremely good at. He even asserts to be among the top 10 Blackjack players worldwide! He also says that throughout the years, of playing the game, he has amassed more than a million dollars in winnings.