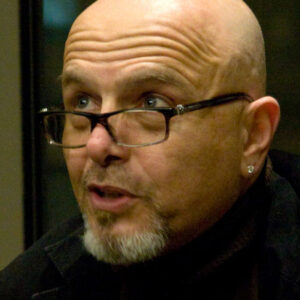 Character actor Joseph Peter Pantoliano is well known for his roles in the television series “The Sopranos,” the movies “Risky Business,” “The Fugitive,” and other productions. In his nearly four-decade career, Pantoliano has frequently portrayed unscrupulous characters in movies, television shows, and stage productions. His studies were impacted by his profound dyslexia from his childhood. He did, however, demonstrate good acting talent from a young age and eventually decided to pursue acting as a vocation. He moved to New York after finishing high school and enrolled at HB Studio. He participated in the One Flew Over the Cuckoo’s Nest mobile stage production. After that, he appeared in a number of television shows and motion pictures until becoming famous for his portrayal as the merciless pimp “Guido” in the 1983 movie “Risky Business.” Then came a slew of additional noteworthy on-screen works, including movies like “Midnight Run,” “The Fugitive,” “U.S. Marshals,” “The Bad Boys trilogy,” “Memento,” and “The Matrix,” among many others, as well as TV shows like “The Fanelli Boys,” “Beethoven” (voice role), and “The Sopranos.” He received a Primetime Emmy Award for the latter.

Dominic “Monk” Pantoliano and Mary (née Centrella), two first-generation Italian-Americans, welcomed him into the world on September 12, 1951, in Hoboken, New Jersey, USA. His mother worked as a bookie and a seamstress, and his father was a manufacturing foreman and a hearse driver. When Pantoliano was 12 years old, his parents split up (though they never formally divorced).

He attended Cliffside Park High School, but his severe dyslexia caused him to perform poorly academically. However, he showed acting talent from a young age, and after his stepfather saw this talent, he was inspired to pursue a career in theater.

He moved to New York after graduating from high school, where he joined the HB Studio and studied acting under Herbert Berghof and John Lehne. He worked as a waiter while holding auditions for four years while working at the HB Studio. In the touring version of “One Flew Over the Cuckoo’s Nest,” he also played Billy Bibbit.

He traveled to Hollywood to pursue performing in movies and television after his time in New York.

His major break came when he was cast as the cold-hearted pimp “Guido” in Paul Brickman’s American romantic comedy “Risky Business,” which also starred Tom Cruise and Rebecca De Mornay. Having made $63.5 million at the box office, this 1983 movie launched Pantoliano to fame and helped him gain extensive public acclaim.

He gained more notoriety by portraying Francis Fratelli, a villain, in the 1985 action comedy “The Goonies,” which over time became known as a cult classic.

In the biographical movie “La Bamba,” which is based on the life and career of American singer, songwriter, and guitarist Ritchie Valens, actor Lou Diamond Phillips played Valens and Pantoliano played Bob Keane, an American musician, producer, and owner of Del-Fi Records. The movie, which debuted on July 24, 1987, went on to become a smash hit and receive a Golden Globe nomination.
Pantoliano played the foul-mouthed, double-crossing bail bondsman Eddie Moscone in the 1988 action comedy “Midnight Run,” which starred Robert De Niro and Charles Grodin.

In the American sitcom “The Fanelli Boys,” which aired on NBC for 19 episodes from September 8, 1990, to February 16, 1991, he played the title character Dominic Fanelli.

He played Deputy U.S. Marshal Cosmo Renfro in the 1993 movie “The Fugitive,” which grossed a staggering $368.9 million at the box office. Tommy Lee Jones and Harrison Ford also starred in this suspenseful film. This individual received an Oscar for “Best Supporting Actor.”

His subsequent notable picture was the American buddy police action comedy “Bad Boys,” starring Martin Lawrence and Will Smith, which came out on April 7, 1995, and brought in $141.4 million at the box office. He portrayed Captain Howard in the movie, and he returned in the sequel, “Bad Boys II,” which was also a major commercial hit, in 2003.

In the ‘The Fugitive’ spin-off ‘U.S. Marshals,’ he played Deputy U.S. Marshal Cosmo Renfro once more. He appeared in the 1998 movie, which earned $102.4 million at the box office, alongside Tommy Lee Jones, Wesley Snipes, and Robert Downey Jr.

The Matrix, a 1999 sci-fi action picture starring Keanu Reeves, Laurence Fishburne, Hugo Weaving, and Carrie-Anne Moss, was his second major feature. He played Cypher in that movie. The movie was a huge critical and financial success, earning US$463.5 million at the global box office. The movie received four “Academy Awards.”

Along with Guy Pearce and Carrie-Anne Moss, he played “Teddy” James Edward Gammell in the Christopher Nolan-directed American neo-noir psychological thriller movie “Memento.” On September 5, 2000, the movie had its world premiere at the Venice International Film Festival and quickly gained both critical and financial success. It was one of the top movies of the 2000s.

He played Ralph Cifaretto in 21 episodes of the well-known American crime drama television series “The Sopranos,” which aired on HBO for six seasons from January 10, 1999, to June 10, 2007, between the years 2001 and 2004. He received the 2003 “Primetime Emmy Award” for “Outstanding Supporting Actor in a Drama Series” for his outstanding portrayal of Ralph.

In 2003, he took the position of Stanley Tucci in the two-character Broadway drama “Frankie and Johnny in the Clair de Lune.”

The comedy he’s working on, titled “Happy Anniversary,” will debut on Netflix on March 30, 2018.

On October 9, 2007, he claimed on the National Alliance on Mental Illness blog that he had been suffering from clinical depression for the previous ten years, albeit the condition wasn’t formally identified until much later. He says that the drama movie “Canvas,” in which he played John Marino, helped him in his battle with depression.

Who’s Sorry Now: The True Story of a Stand-Up Guy and Asylum: Hollywood Tales From My Great Depression: Brain Dis-Ease, Recovery, and Being My Mother’s Son are two autobiographies he wrote.

Joe Pantoliano, an American actor for the stage and screen, has an $8 million fortune. More than 150 people have given Joe Pantoliano credit. He is best known for his work in the “Goonies,” “La Bamba,” “The Fugitive,” “The Matrix,” “Memento,” and the “Bad Boys” trilogy on the big screen. In addition, Pantoliano has made numerous television appearances over the years, including “Sense8,” “Hill Street Blues,” “NYPD Blue,” and “The Sopranos.”