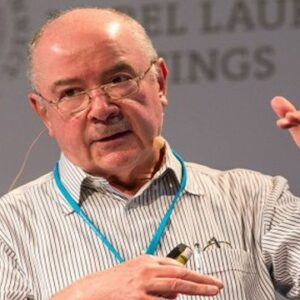 Johann Deisenhofer is a German biochemist who is credited with figuring out the three-dimensional structure of the photosynthetic reaction center. In 1988, he was given the Nobel Prize in Chemistry for the same work. Robert Huber and Hartmut Michel were his co-winners. Deisenhofer’s finding of the structure was revolutionary since it added to our understanding of photosynthesis mechanisms and highlighted parallels between plant and bacterial photosynthetic processes. His knowledge of how to use X-ray technology to analyze the structure of crystalline substances resulted in the first-ever mapping of the structure of the molecules participating in the conversion process’ chemical reaction. Deisenhofer’s fascination with the physical world began when he was a child. Deisenhofer displayed an interest in academia, much against the wishes of his farmer parents, who saw farming as a viable future for their son. He was enthralled by astronomical difficulties and the physical world, and physics became his true purpose. During his graduate studies, he became interested in biophysics, which was a new field of physics at the time. During his time at the Max Planck Institute in the 1980s, he produced some of his most important work. Deisehofer currently resides in the United States and works as a professor at the University of Texas Southwestern Medical Center’s Department of Biophysics.

Senior Deisenhofer returned home from military service and began working on the family farm. He anticipated his son to follow in his footsteps, but Deisenhofer was more interested in academics. In 1949, he started primary school.
He was sent to a series of boarding schools in 1956, where he received his secondary education. Following that, he enrolled at Augsburg’s Holbein Gymnasium, where he graduated in 1963.

Deisenhofer attempted Germany’s qualifying examination after graduating. He was awarded a state scholarship to study at the Technical University of Munich. However, he had to complete a year and a half of military service in order to get admitted.

Deisenhofer began his studies at the University after completing his military service. He was captivated by astronomical difficulties and the physical universe since he was a child. As a result, he focused his academic studies on the topic.

He was intrigued by solid-state physics, the study of the composition and structure of condensed matter and solids, during his academic career. His lecturers urged him to investigate and learn about the then-new field of physics known as biophysics, which was the study of life using physical science concepts.

In 1971, he received a diploma in physics from the University. Physical Review Letters was the title of his first-ever scientific publication, which was published the same year.

He continued his studies in biophysics by enrolling as a Ph.D. candidate at the famed Max-Planck Institute for Biochemistry. Robert Huber, the Institute’s director, oversaw his studies.

He spent his time at the Max Planck Institute studying the method of X-ray crystallography. On the crystallographic refinement of the structure of bovine pancreatic trypsin inhibitor, he collaborated with Wolfgang Stegemann. He presented a thesis in 1974 based on his collaboration with Stegemann. The next year, they published a paper named ‘Acta Crystallographica’ about their work.

The Career of Johann

He accepted a postdoctoral fellow position at the Institute offered to him by Huber after completing his Ph.D. at the Max Planck Institute. Along with Huber, he worked as a research scientist, producing advancements in X-ray crystallographic applications.

He also built computer algorithms to interpret data collected from X-ray techniques and build a map of the atomic structure of the substance in issue, in addition to lab work.

Deisenhofer was hired as a staff scientist at the Institute in 1976. He began working on the human myeloma protein Kol alongside Peter M. Colman and Walter Palm. He worked with Huber on Peter Colman’s work on the human Fc-fragment and its interaction with an Fc-binding fragment from Staphylococcus aureus protein A. The final improvement of these buildings was completed in 1980.

At Huber’s lab, Deisenhofer worked on a range of topics, including human C3a, citrate synthase, and alpha-1 proteinase inhibitor. He also pursued his interest in computers by developing and maintaining crystallographic software.

Hartmut Michel, a German biophysicist, joined Huber’s lab in 1979. Michel was working on a project to better understand photosynthesis in the hopes of obtaining a comprehensive analysis of the chemicals involved in the complex chemical reaction.

Deisenhofer was finally able to employ X-ray crystallography techniques to map the more than 10,000 atoms within Rhodopseudomonasviridis’ membrane protein complex and produce the first three-dimensional structural analysis of a photosynthetic reaction center with the support of numerous assistants. He arrived at his conclusions in less than three years.

It was simple to measure X-ray diffraction using electronic instruments that had replaced traditional X-ray film. The real computer modeling procedure, on the other hand, proved to be difficult. Deisenhofer had to spend another two years refining his membrane protein model research.

Deisenhofer meticulously supervised the slow formation of the model, using custom-designed software and a high-speed computer to quickly perform the myriad of calculations required to establish the location within the cell of each of the many thousands of atoms contained in that single crystallized protein.

Michel, Deisenhofer, and Huber’s achievement caused a stir in the scientific community since it was hailed as the most significant advance in photosynthesis research since the mid-1960s. They were awarded the prestigious Nobel Prize for their monumental feat.

Deisenhofer rose to prominence after obtaining the Nobel Prize. For his findings, he became an overnight celebrity. He was asked to give papers and attend a variety of science-related events as a result of his outstanding performance.

Deisenhofer left the Max Planck Institute in 1988 and relocated to the United States. He took the Virginia and Edward Linthicum Distinguished Chair in Biomolecular Science at the University of Texas Southwestern Medical Center (UTSMC) in Dallas when he returned to the United States. He was a Regental Professor at the University of California, Berkeley.

Aside from being a Regental Professor, Deisenhofer accepted a job as an investigator at the Howard Hughes Medical Institute’s Dallas branch. He developed more crystallographic software and encouraged the use of X-ray crystallography in the study of water-soluble proteins, membrane proteins, and other macromolecules.

He wrote the two-volume book ‘The Photosynthetic Reaction Center’ with fellow scientist James R. Norris of the Argonne National Laboratory in 1993. The research for the book came from his Nobel Prize-winning studies on photosynthesis.

Deisenhofer is now a member of Scientists and Engineers for America’s board of advisors. He is also a Professor at the University of Texas Southwestern Medical Center’s Department of Biophysics.

Deisenhofer came to his aid when Hartmut Michel, who had achieved the first crystallization of a membrane protein complex, indicated his intention to do an X-ray structure study of the crystal. Deisenhofer examined the crystal Michel had created with X-rays.

In 1985, he eventually figured out the three-dimensional structure of the photosynthetic reaction center after years of research. The study was significant because it contributed to a better understanding of photosynthesis mechanisms and highlighted parallels between plant and bacterial photosynthetic processes.

Deisenhofer’s most notable achievement came in 1988 when he and his colleagues Hartmut Michel and Robert Huber were awarded the Nobel Prize in Chemistry for establishing the structure of the photosynthetic reaction center.

Honorary degrees were bestowed upon him by prestigious universities such as Drury College in Springfield, Missouri, and Burdwan University in West Bengal, India.
He was a fellow of the American Association for the Advancement of Science (AAAS) since 1992. He was later named an Argonne fellow in 2001.

He is a member of the American Crystallographic Association, the Biophysical Society’s German and American branches, the German Society for Biological Chemistry, the Protein Society, and Academia Europaea, Sigma Xi. Since 1997, he has been a foreign associate of the United States National Academy of Sciences.

He also served on the Argonne National Laboratory’s board of governors at the University of Chicago.
He was elected to the Texas Science Hall of Fame in 2002.

At the Howard Hughes Medical Institute, he met his future wife, Kirsten Fischer Lindahl, and the two married in 1989.

Krysten Johann Deisenhofer’s primary source of income is as a successful scientist. Johann is estimated to have a net worth of $5 to $10 million.