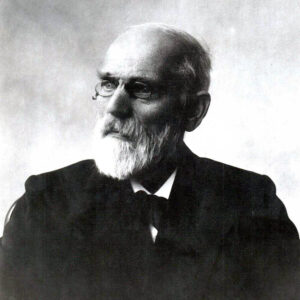 Johannes Diderik van der Waals was a Dutch scientist and theoretical physicist who, by his meticulous research at the Municipal University of Amsterdam, reshaped the principles of thermodynamics in the late 19th century. One of the most intriguing features of Van der Waals’ life is that he never obtained formal schooling and was therefore unable to attend college. He was a self-taught science student who entered PhD study through a government program later in life. He spent his entire career at the Municipal University of Amsterdam, where he developed some of the most influential theories in contemporary physics that are being studied in schools and institutions today. His most renowned contribution was the universal gas law that eventually led to the Van der Waals equation, and it was for this discovery that he was awarded the Nobel Prize in Physics. Despite the fact that the ‘Van der Waals equation’ is his most well-known work as a theoretical physicist, it is important to note that he also produced a large number of other articles, many of which were equally highly regarded.

Johannes Diderik van der Waals was born in the city of Leidin in Netherlands on 23 November 1837. He was the first of Jacobus Van der Waals and Elisabeth van der Berg’s ten children. In his hometown of Leiden, his father was employed as a carpenter.

His father lacked the financial means to send him to a formal school, which would have qualified him for university admission. However, Waals did attend the school of advanced primary education,’ and he graduated at the age of 15 in 1852.

Initially, he worked as a teaching assistant in a school. From 1856 onwards, he taught himself the necessary levels to become a teacher, and he quickly rose through the ranks at the primary school where he began as an apprentice to become the head teacher.

Even though he was unable to enroll in a course, Johannes Diderik van der Waals began attending classes at the University of Leiden in 1862.

Students were able to enter universities without formal training in the ancient languages as a result of a change in the regulations governing university entrance criteria. Van der Waals took advantage of this legislation and passed the required examinations in order to become a research student. In 1873, he was awarded his Ph.D. for his dissertation on “the continuity of the gaseous and liquid states.”

In 1877, the Municipal University of Amsterdam appointed Van der Waals professor of physics. It was the institution where he completed most of his scientific work and where he spent the remainder of his academic career.

He was certain that the secret to a universal law for gases lay in the kinetic theory pertaining to gases, and he devoted many years to his research. In 1881, he presented his law and the formula that became known as the Van der Waals equation, the culmination of his labors. This achievement earned him the Nobel Prize.

In 1893, Van der Waals proposed the notion of capillarity, which used the theories of thermodynamics to demonstrate that molecules are in constant motion. Although this hypothesis did not find widespread acceptance at the time, it has now been proven right beyond any reasonable doubt.

Johannes Diderik van der Waals conducted several tests and spent years conducting research to establish the ‘Van der Waals Equation and the universal gas law. It is without a doubt the most significant contribution of his distinguished academic career.

In 1890, Van der Waals published a dissertation titled “Theory of Binary Solutions,” which, despite not being as well-known, nonetheless needed rigorous investigation. This was another significant academic achievement for Van der Waals.

In 1910, the Nobel Prize in Physics was presented to Johannes Diderik van der Waals for his work on the “Van der Waals Equation.”

In 1865, he wed Anna Magdalena Smit, with whom he had three daughters and one son. Also, a theoretical physicist was his son Johannes Diderik van der Waals Jr.