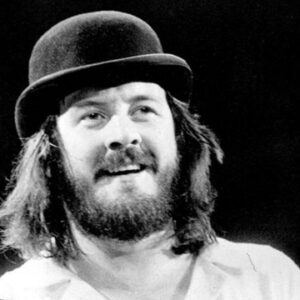 John Bonham, widely regarded and remembered as one of the finest rock ‘n’ roll drummers in history, remains one of the most talked-about performers long after his death. He was a source of inspiration for innumerable young drummers and was regarded as one of the music industry’s most influential drummers. Bonham has been referred to as “the king of rock drumming” by the magazine “Modern Drummer,” and has been acclaimed as “the best drummer of all time” by prominent magazines. This renowned godfather of drumming continues to be idolized by countless heavy metal and hard rock enthusiasts all over the world. He began drumming when he was just five years old, and he used to create drum kits out of coffee tins and other containers. He began his career as a drummer for a variety of bands before joining ‘Led Zeppelin.’ He died tragically young, at the age of 32, and the band ‘Led Zeppelin’ proclaimed that they would not be able to continue without him.

In Redditch, Worcestershire, England, John Henry Bonham was born to the English couple Joan and Jack Bonham. He began playing the drums when he was five years old. He attended Lodge Farm Secondary Modern School and performed with the Blue Star Trio and Gerry Levene & the Avengers from 1962 to 1963. Later, he joined Terry Webb and the Spiders, his first semi-professional band.

‘Led Zeppelin’ released their third studio album, ‘Led Zeppelin III,’ on October 5, 1970, and it became one of their best-selling albums. The CD was well-received by music critics. He was the drummer for the song ‘Everybody Clap,’ which was written by Scottish vocalist Lulu Kennedy-Cairns and released in 1971. Maurice Gibb and Billy Lawrie penned the song. The fourth album by ‘Led Zeppelin,’ ‘Led Zeppelin IV,’ was released on November 8, 1971. It was a best-selling album with hits including ‘When the Levee Breaks,’ ‘Black Dog,’ and ‘Rock and Roll.’

The band released its fifth album, ‘Houses of the Holy,’ in 1973, which included the song ‘The Ocean.’ The album was nominated for a Grammy Award and reached number one on the charts. ‘Physical Graffiti,’ Led Zeppelin’s sixth studio album, was released in 1975. One of the album’s most well-known songs was ‘Kashmir,’ which he also co-wrote and which was played at practically every show. He played drums on ‘Led Zeppelin’s’ seventh album, ‘Presence,’ in 1976. Music critics gave the album mediocre reviews, and it was one of the band’s least successful albums.

He played drums on his friend Roy Wood’s album ‘On the Road Again’ in 1979. He also drummed for the English rock band ‘Wings’ for their album ‘Back to the Egg’ in the same year. The band Led Zeppelin released their ninth and final studio album, ‘Coda,’ in 1982. ‘We’re Gonna Groove’ and ‘I Can’t Quit You Baby’ were among the songs featured. After his death, this was released.

‘Led Zeppelin’ was accepted into the Grammy Hall of Fame, and Rolling Stone magazine named it one of the ‘500 Greatest Albums of All Time’ in 2012.
‘Led Zeppelin II’ was a best-selling album that sold over 12 million copies and charted at No. 1 in the United States, the United Kingdom, and Canada.

He married Pat Phillips in 1968, after meeting her in 1964. Together, the couple has two children. He died at Clewer, England, at the age of 32, from a combination of heavy alcohol drinking and choking on vomit while sleeping.
Classic Rock magazine placed him No. 1 on their list of the “50 Greatest Drummers in Rock” in 2005.

John Bonham had a net worth of $10 million and was an English musician and songwriter. John Bonham was born in the United Kingdom on May 31, 1948, in the town of Redditch. John Henry Bonham is most recognized for his work as the drummer for Led Zeppelin, an English rock band. John Bonham had a bond with a fellow drummer named Garry Allcock who lived nearby during his early years as a budding musician.

The night before his death, this great drummer drank 40 shots of vodka and was so inebriated that he did not wake up when he began vomiting. As a result of this, he died of asphyxiation.