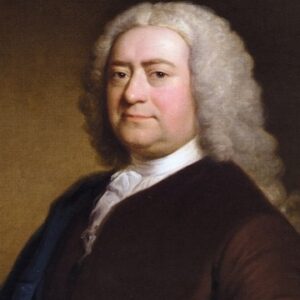 Early in the 17th century, John Cotton, a revered and knowledgeable cleric, was a brilliant scholar who pushed for changes to be made to the way the Anglican Church was run. He was a prominent theologian in the Massachusetts Bay Colony and a Puritan who, along with John Wilson, founded the first church in Boston. He was a church teacher and had a significant impact on the founding of The Boston Latin School, the country’s first public school. He was a respected speaker and preacher who delivered sermons with clarity and eloquence. He was frequently contacted for guidance in resolving disputes involving both political and religious topics. He was exposed to religious studies from a young age as the son of a lawyer. He received an academic education in rhetoric, philosophy, Greek, astronomy, and logic, and was regarded as well-educated in his day. Additionally, he honed the preaching and oratory abilities that would eventually make him renowned. He was particularly affected by the ideas of William Perkins, a Cambridge theologian and one of the most important figures in the Puritan movement. He was a well-known orator whose talks resembled those of none other than Jesus Christ because of the authority and clarity with which he delivered his points.

He was one of the four kids raised by barrister Rowland Cotton and his religious wife Mary Hurlbert.
Richard Johnson, an ordained priest, taught the young John at Derby School, where he received his education. Later, he transferred to Trinity College, where he graduated in 1598.

He attended Emmanuel College, a Puritan institution, where he earned his M.A. in 1606. He persisted in his studies and read disputation, theology, and Hebrew. At this point, he started preaching as well. He already had a good grasp of Greek and perspective.

He received his priestly and deaconly ordination in July 1610, and in 1612 he was appointed as the pastor of Saint Botolph’s Church in Boston. Even though he was just 27 years old, his literate and powerful preaching was already winning him notoriety. In 1613, he earned his Bachelor of Divinity.

William Perkins, a Puritan theologian, had a profound impact on him and taught him the need of being realistic, intelligent, and adaptable. He was a non-conformist Puritan himself.
He had a psychic message telling him that he had been chosen for salvation. He realized that preaching and teaching were his vocations in life. John Preston, the future head of Emmanuel College, was converted by his preaching.

He rejected the traditional English church and was vehemently anti-Catholic. He was a puritan who believed that internal changes should be made to the established church in order to bring about reform.
Puritans had four main goals: to seek moral reform; to live a pious life; to return to the Bible; and to rigidly observe the Sabbath. Cotton, a committed Puritan, adhered to all four of these.

He worked in St. Botolph’s Church in the 1610s, a place where non-conformity was already prevalent. People gathered to hear him speak since his sermons and lectures had such a large following. On Sundays, Wednesdays, and Thursdays he now gave lectures.

Puritans from all over the world flocked to write to this brilliant professor. By 1615, he was making a very good living, had founded a church within his own, and was holding services with a strong emphasis on Puritanism in the purest sense.

He was subject to judicial action in 1632 because he refused to conform, and as a result, in 1633, he immigrated to the Massachusetts Bay Colony. He started working there as the First Church of Boston’s first instructor and remained there until his passing.

In 1636, he joined a group to create a draft of laws that were in accordance with the Bible. A subsequent title for the code was “An Abstract of the Laws of New England.”

His legacy includes multiple sermons, a catechism, and a simpler catechism for kids titled “Spiritual Milk for Boston Babies.” He was a prolific writer who left behind a legacy of his works. This was regarded as the first American children’s book.

In 1613, he wed Elizabeth Horrocks. The couple never had children, and his wife later passed away from malaria.
Roland Story’s widow Sarah was the bridegroom’s bride in 1632. Six children from his second marriage were born.

He was buried at Boston’s King’s Chapel Burying Ground.
Many of his offspring went on to achieve fame and fortune, including his grandson Cotton Mather who also rose to prominence as a pastor and historian. Fact John Lithgow, an actor, is descended from this well-known theologian from the 17th century.

One of the wealthiest and most well-known theologians is John Cotton. Our research of John Cotton’s net worth from Forbes, Wikipedia, and Business Insider revealed a $5 million figure.