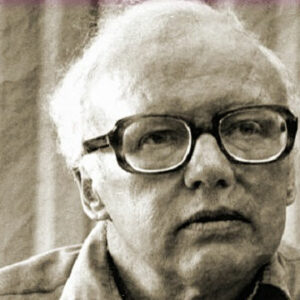 John Dann MacDonald was an American novelist and short story author who was most known for his suspense fiction. Even as a boy, MacDonald desired to be a writer, but he believed that writing is an innate talent and that he lacked it. The accidental publication of his first tale in the magazine ‘Story’ prompted him to become a writer after he had tried his hand at a variety of occupations. Ultimately, he became one of the finest thriller writers. His extensive and reputable body of work included 78 novels and 500 short tales. Additionally, he was an environmentalist who was concerned about the degradation of the natural environment in his native state of Florida, which prompted him to create “Travis McGee.” In his work ‘Condominium,’ he describes the impact of hurricanes on Florida residents’ living conditions. He also wrote science fiction, short tales, nonfiction, and romantic novels, in addition to thrillers. His prodigious writing abilities earned him several accolades, including “The Grandmaster Award” and “The Benjamin Franklin Award.” Several of his novels, including ‘The Executioners and ‘The Empty Copper Sea,’ have also been adapted for the big screen. Even twenty years after his death, his writings continue to dominate the paperback market, with over 75 million copies in print.

John Dann MacDonald was born in Sharon, Pennsylvania, on July 24, 1916, to Eugene and Marguerite MacDonald. Eugene, his father, was a business executive.
Young Macdonald was educated at local schools and Utica Free Academy after his father began working as the treasurer for Savage Arms Corporate in Utica.

At the age of twelve, he became ill with scarlet fever and mastoiditis. This kept him out of school for several months.
He spent his time reading and liked the authors’ writing abilities. He believed that authors were born and that he lacked the innate talent to become one.

After graduating from Utica Free Academy in 1933, he enrolled at the University of Pennsylvania’s Wharton School of Finance. He abandoned his education and worked a variety of odd jobs.

However, he chose to continue his education at Syracuse University and finished with a Bachelor of Science in Business in 1938. During his time spent at the Syracuse, he wed Dorothy Mary Prentiss.

In 1939, he enrolled at Harvard University and graduated with an MBA. His studies in business and finance aided him in crafting the plots for several of his novels.

After receiving his diploma in 1939, he worked as an insurance salesperson and afterward as a bank repossession agent. As a result of his outspoken personality, he lost many of his jobs.
He joined the U.S. Army Ordnance Corps in 1940. In the Burma-China-India theater, he attained the rank of lieutenant colonel.

He participated in writing in his spare time and even sent his wife a novella titled “Interlude in India.” His wife had it published in the magazine ‘Story’ for $25 without his knowledge.
When MacDonald learned about this publication, he decided to pursue a writing career. After being dismissed from the army in 1945, he began composing stories.

Within four months of his return, he had written approximately 800,000 words worth of short fiction. Nearly every week, he sent them to a variety of publications, but their rejection depressed him.
However, by 1949 he had established himself as a writer of short stories. In Florida, he settled in Sarasota with his family.

In 1950, his first Florida-based detective novel, The Brass Cupcake, was released. In his mystery books, he utilized the business acumen he earned through his Harvard schooling.
In the subsequent fifteen years, he began to establish himself as a successful mystery author. He was dubbed the “king” of pulp literature.

His novel ‘The Executioners garnered Hollywood’s attention. The novel was made into the 1961 picture Cape Fear, which was a commercial success.

The fast expansion in Florida and the resulting ecological imbalance troubled him. In 1964, he began writing a series of detective books in which the protagonist, Travis McGee, expressed his ideas.
His novel Condominium, published in 1977, described the disastrous effects of storms in Florida. The novel became popular and topped the New York Times best-seller list for 27 weeks.

In 1985, he wrote the final novel in the Travis McGee series, titled The Lonely Silver Rain. The novel was also nominated for the ‘Best Novel’ Anthony Award.
He wrote ‘Barrier Island’ in 1986, one of his final works before passing away.

The 1957 psychological thriller ‘The Executioners is about a convicted rapist who swears revenge on the attorney who put him behind bars. The novel was converted into the film ‘Cape Fear’, which became a best-seller.

From 1964 through 1985, he authored the critically acclaimed ‘Travis McGee detective series, which won him the reputation as an indisputable thriller author. The 21 novels in this series have been translated into 44 languages and made into films.

In 1937, he wed Dorothy Prentiss, and the couple produced a son named John Prentiss.

On December 28, 1986, at the age of 70, he went to a hospital in Milwaukee, Wisconsin, where he died of a heart attack. He was interred in Milwaukee’s Holy Cross Cemetery.

70 million copies of his writings have been printed so far, preserving his legacy. Since 1978, his works have been the subject of conferences. His novels have been hailed as the greatest thrillers.

This American mystery writer frequently portrayed his antagonists as sexual psychopaths who patiently await their opportunity to prey on vulnerable ladies. The majority of this author’s novels revolve around drug smuggling.