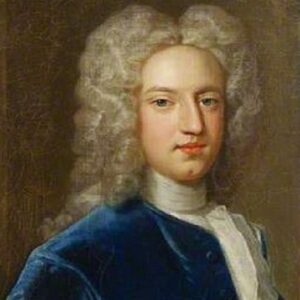 John Dryden was a great playwright, a great poet, a good translator, a good critic, and an excellent satirist. During his life, he wore many hats. He was a legendary figure of the seventeenth century. He is right up there with the best English poets and playwrights, like John Donne, John Milton, William Shakespeare, and Ben Johnson. As far as prose, literary criticism, and translation go, he didn’t have any peers who were as smart and skilled as he was. People say that “The Conquest of Granada” was the best heroic play of the century, “Marriage A-la-Mode” was the best tragicomedy, “All for Love” was the best tragedy of the Restoration, “Don Sebastian” was the best comitragedy, and “Amphitryon” was one of the best comedies. He had a unique way of writing that mostly used the patterns and rhythms of everyday speech. His works were so important during the Restoration Period that people in the literary world call it the “Age of Dryden.” Read the next few lines to learn more about his life and work.

John Dryden was the oldest of Erasmus Dryden and Mary Pickering’s fourteen children. He was born in the village church house of Aldwincle, Northamptonshire, near Thrapston.

Young Dryden spent most of his early years in the Northamptonshire village of Titchmarsh, where he got his first education. Later in 1644, he became a King’s Scholar at Westminster School, which was having trouble with religious and political issues at the time.

At Westminster, he learned how to use rhetoric and present both sides of an argument. This was a skill that stayed with him for the rest of his life and influenced much of what he wrote and thought after that.

While he was still at Westminster, he wrote his first published poem, an elegy called “Upon the Death of Lord Hastings.” It was published in 1649. The poem was an emotional story written in a royalist style about his schoolmate Henry, Lord Hastings, who died of smallpox.

When he was done with school, in 1650, he went to Cambridge to study at Trinity College. There, he started learning about the classics, rhetoric, and math. Four years later, he went to college and got a degree in arts with the best grades.

After his father died in June 1654, he took over some land that brought in some money, but not enough for him to live on. So, he moved to London to find work with John Thurloe, who was Cromwell’s Secretary of State.
When Lord Protector Cromwell died in 1658, he wrote a poem called “Heroique Stanzas” as a tribute to him. The poem was carefully written, and its emotional content was shown with care.

Two years later, he wrote a poem called “Astraea Redux” to celebrate the Restoration of the Monarchy and the happy return of Charles II. This poem was a true royalist panegyric. He made Charles II look like a king who brought back peace and order.

At the same time that the monarchy was set up, he became known as the best poet and critic of the time. He gave the new government his full support, loyalty, and dedication, which was clear when he published “To His Sacred Majesty: A Panegyric on His Coronation” and “To My Lord Chancellor” in 1662.

He started writing for publishers and the general public instead of for aristocrats and royalties when he was trying to find a patron. He began to write poems about things that happened in public.

In 1662, he became one of the first people to join the Royal Society. But after four years, the membership was taken away because the dues hadn’t been paid.
When Charles II became king, there was a rise in the number of people looking for entertainment and showbiz.

Because of the Puritans’ ban, the theaters had to close, but when they reopened, they were full of people.
He was soon writing scripts and plays for the theater. His first time at the same was for the play “A Wild Gallant,” which was a comedy of sorts. The play didn’t do very well and didn’t help his reputation at all.

After his first play didn’t do well, he wrote two more in 1664: “The Rival Ladies” and “The Indian Queen.” Both plays did about as well as the one before them and were not big hits.

At the same time, there was a plague in London, so the King’s Court moved to Oxford. This young playwright’s move paid off when, in 1665, he wrote a heroic play called “The Indian Emperor.” The people who saw the play liked it.

At first, he didn’t want to write plays for the stage, so he thought it was a waste of talent to do so for a “unworthy” audience. So, he turned to write poetry and essays to get some fame away from the stage.

In 1667, he wrote the poem “Annus Mirabilis.” It was based on the terrible events of 1666, like the Naval War and the Great Fire of London. The poem was very well received, and in 1668 and 1670, he was named Poet Laureate and Historiographer Royal. In the same year, the Archbishop of Canterbury gave him an MA.

He also kept writing essays, and in 1668, he published “Essay of Dramatic Poesy,” his first major critical work. After that was well-received, he wrote “A Defence of an Essay,” which was followed by “Essay of Heroic Plays.”

In addition to writing poems and essays, he kept writing plays, which were well received and came in many different styles. “Secret Love” was a comedy, but “Tyrannic Love” was a dramatic story about a hero. Starting in 1670, he wrote “The Conquest of Granada” in two parts and “Marriage a la Mode,” a comedy.

In 1674, he wrote a song called “The State of Innocence,” which was a musical version of Milton’s book “Paradise Lost.” It was a way to honor Milton. The play was never put on, though.

In 1676, he wrote “Aureng-Zebe,” which was his best heroic play. In the play’s prologue, he criticized the use of rhyme in serious plays. Then, in 1678, he wrote his masterpiece, “All for Love,” which was about Antony and Cleopatra.

Many people didn’t like his success and fame, so they made plans to hurt him. He was attacked in an alley near his home in Covent Garden. People think that John Wilmot was hired by Lord Rochester to do the attack.

Between 1678 and 1681, he wrote several plays, such as the prose comedy “Limberham,” an adaptation of “Troilus and Cressida,” and the play “Spanish Fair.” But none of them worked out, so he stopped trying to write plays and focused on satire instead.

Absalom and Achitophel, a political satire about Monmouth and Shaftesbury, came out in 1681. Even though it was his first attempt at satire, it went on to become one of the best English satires were ever written. The royalists and aristocrats both liked the work because it supported Charles II and attacked the Whigs.

The next year, he worked with Nahum Tate on a follow-up to his first satirical work, called Second Part of Absalom and Achitophel. In the same year, he wrote a piece called “The Medal” in which he criticized people who supported Shaftesbury.

In addition to writing satire, he became interested in theology, and his first work in this genre was called “Religio Laici.” The work, called “A Layman’s Faith” in English, argued that Christianity is better than Deism.
The poems “Threnodia Augustalis,” “To the Pious Memory… of Mrs. Anne Killigrew,” and “A Song for Saint Cecilia’s Day” are all from his later years.

After the Revolution of 1688, William III took his place on the throne. After this happened, things went very badly for him. Not only did he lose his laureateship, but his old enemy Shadwell took it over.

He made a living in his later years by translating works by Horace, Juvenal, Ovid, Lucretius, and Theocritus. His job was to make sure that everyone could read and understand classic English literature. His most ambitious translation project was “The Works of Virgil,” which came out in 1697, and “Fables Ancient and Modern,” which came out in 1700.

He got married to Lady Elizabeth, who was the sister of Sir Robert Howard, a royalist. The couple was lucky enough to have three sons.
On May 12, 1700, he took his last breath. He was first buried in St. Anne’s Cemetery, but ten days later, he was moved to Westminster Abbey.

During the Restoration Period, when he was Poet Laureate, he was the most important writer.