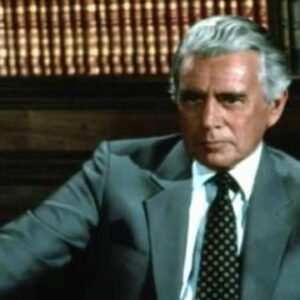 American actor John Forsythe was well-known for his performances on stage, in movies, and on television. In addition, he was a producer, theatre instructor, narrator, and philanthropist. He is best known for playing the lead in the television soap opera “Dynasty,” for which he garnered multiple Golden Globe nominations and two awards. He also made numerous appearances as a guest on chat and entertainment shows over the course of his career. Additionally, he participated as a panelist on other game shows. He was more interested in sports as a young guy than he was in show business. He started acting, nonetheless, at his father’s advice. He had a little part in the military movie “Destination Tokyo,” which was his first credit on a major motion picture. Other notable roles he has had in movies include the lead role in the murder movie “The Captive City.” He had a long life and a successful career that lasted for more than six decades. In addition to acting, he had a wide range of hobbies. He was a thoroughbred racehorse breeder and owner. He also served on the Hollywood Park Racetrack’s board of directors. Due to pneumonia, he died at the age of 92.

On January 29, 1918, in Penns Grove, New Jersey, Jacob Lincoln Freund, the future John Forsythe, was born. Blanche Forsythe and Samuel Jeremiah Freund were his parents. He was raised in New York and graduated from Abraham Lincoln High School before enrolling in classes at the University of North Carolina.

The career of John Forsythe

On his father’s advice, John Forsythe started his acting career. His on-screen debut was in the 1943 war drama “Destination Tokyo,” which earned him his first credit. He participated in World War II for a while simultaneously serving in the military. In the drama “Winged Victory,” which was based on the US Army Air Corps, he made his acting comeback.

In the 1952 crime movie “The Captive City,” he played the main character. Robert Wise was the film’s director. He starred in the comedy movie “It Happens Every Thursday” the following year. He also starred in The Glass Web (1953), The Trouble With Harry (1955), The Ambassador’s Daughter (1956), and Dubrowsky during the following few years (1959).

He played a big part in the Charlie’s Angels criminal drama television series. It ran for five seasons, from 1976 to 1981. Despite the show’s enormous success with the audience, critics criticized it for being superficial and gave it poor ratings.

He portrayed the main character on the television series “Dynasty” from 1981 to 1989. The performance for which he received the Golden Globe Award may also be regarded as his most important to date.

He made appearances on shows like “The Colbys,” “Dynasty: The Reunion,” “The Powers That Be,” and “People’s Century” in his later television career. We Wish You a Merry Christmas (1999), Charlie’s Angels (2000), and Charlie’s Angels: Full Throttle is some of his most recent motion pictures (2003).

One of John Forsythe’s earliest films was 1953’s “Escape from Fort Bravo.” William Holden, Eleanor Campbell, William Demarest, William Campbell, and Polly Bergen also acted in the John Sturges-directed movie. The movie did well financially, making around twice what it cost. The plot had a few soldiers breaking out of a prison camp with the aid of Carla Forester, a lovely woman.

The most significant TV role played by Forsythe was in the American soap opera “Dynasty.” The Carringtons, a wealthy family residing in Denver, Colorado, were the focus of Irving J. Moore’s film. The main character, an oil tycoon named Blake Carrington, was played by Forsythe. He finally won two Golden Globe Awards for the performance. Linda Evans, Joan Collins, and John James are some of the other performers who played characters in the series. One of the twenty-four Emmy Awards for which the series was nominated was for best drama series.

His lead part in the 1988 holiday comedy movie “Scrooged” was another significant contribution to Forsythe’s career. In addition to Bill Murray, Karen Allen, Bobcat Goldthwait, and Carol Kane, the movie was directed by Richard Donner. The movie did well financially, making almost twice as much money. A bitter and self-centered TV executive in the novel is visited by ghosts who help him rediscover his holiday spirit.

John Forsythe received six Golden Globe nominations for his outstanding work on the television drama “Dynasty.” He received two victories in the “Best Performance by an Actor in a TV Series” category (1983 and 1984). For his role on the show, he was also nominated for three Emmys.

He also received two TV Land Awards, a Soap Opera Digest Award, and the Golden Apple Award in 1984. His Hollywood Walk of Fame star dates back to 1960 television.

Parker Worthington, a John Forsythe actress, had a child in 1939. They separated soon after. After that, in 1943, he married the actress Julie Warren. Their two daughters were. In 1994, Warren passed away. In 2002, he wed Nicole Carter once more.

He was given the diagnosis with colorectal cancer in 2006, but after therapy, the disease entered remission. He went away on April 1st, 2010, from pneumonia.