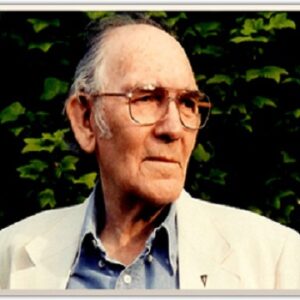 John Gardner, the author of the fictional character ‘Boysie Oakes’, is famed for his spy and thriller novels. People remember him as a writer who maintained Ian Fleming’s ‘James Bond’ series. Gardner was a prolific writer who was recognized as one of the greatest writers in the espionage genre. In addition to the suspense and severity of his novels, his writings are noted for their light humorous appeal. Less ‘filmable’ than the original James Bond series, his books are action-packed and have all the ingredients needed to make a film. Gardner’s attitude and writing style are very different from Ian Fleming’s. Critics claim Gardner wrote in a unique style, not to distinguish himself from Fleming, but to express his own vision of ‘James Bond’. Despite the comparisons between the original ‘Bond’ novels and his sequels, Gardner’s works have had an impact on the literary world. Read on to learn more.

His parents were Cyril Gardner and Lena Henderson, from a Northumberland suburb. His family moved to Wantage in 1933 and he went to King Alfred’s School. He joined the Home Guard at 13 and was recruited into the Royal Navy Fleet Air Arm at 16. He afterward joined 42 Commando Royal Marines. After the war, he studied theology at St John’s College, Cambridge.

He became an Anglican priest in 1953, but was excommunicated in 1958 for his lack of faith and devotion.
He was a theatrical critic for the Stratford-upon-Avon Herald and published his autobiography, ‘Spin the Bottle,’ in 1964.

John Gardner finished and published his novel ‘The Liquidator’, in which he created the spy ‘Boysie Oakes’. The book was well-received and became a film.
Following his initial success, Glidrose Publications asked him to write the ‘James Bond’ sequel in 1979.
Between 1981 and 1996 he wrote 14 novels. The novels were commercially successful despite mixed critical reviews.
‘Licence Renewed’ came first, followed by ‘For Special Services’ in 1982.

In 1986, he wrote ‘Nobody Lives for Ever’, the fifth James Bond novel. Critics said it was better than his previous works, and the best of his five novels up to that point.
The 1988 novel ‘Scorpius’ was likewise warmly praised. A year later, ‘Win, Lose or Die’ was panned by most critics.

He published ‘License to Kill’ in 1989 and ‘Brokenclaw’ in 1990, the tenth novel in the series.
John Gardner published ‘The Man from Barbarossa’ in 1991, followed by ‘Death Is Forever’ the following year.
‘COLD’ was Gardner’s sixteenth and final James Bond novel, retitled ‘Cold Fall’ in the US. He stopped writing after this book came out because he was diagnosed with oesophageal cancer.

In 2000, he returned to writing with ‘Day of Absolution’. ‘No Human Enemy’ was his last ‘Detective Sergeant Suzie Mountford’ novel.

Gardner’s first work, ‘The Liquidator,’ was a thriller. The ‘New York Times Book Review’ gave the book excellent marks.
John Gardner is famous for his sixteen ‘James Bond’ novels. The best books are ‘Nobody Lives Forever’ and ‘Scorpius’.

His novels ‘The Liquidator’, ‘The Dancing Dodo’, ‘The Nostradamus Traitor’, and ‘The Garden of Weapons’ all won the Crime Writers’ Association’s ‘Gold Dagger Award’ for best crime fiction.

His children were Simon and Alexis from his 1952 marriage to Margaret Mercer. His second daughter was from a long-term connection with Susan Wright.
In 1989, while in America, he was afflicted with cancer, which left him impoverished.
When his wife died unexpectedly the next year, he temporarily stopped writing.

John Gardner had prostate cancer, but six months later he was diagnosed with oesophageal cancer. On August 3, 2007, at the age of 80, he passed away.

Before becoming a prominent British writer, he worked as a stage magician before turning to writing.