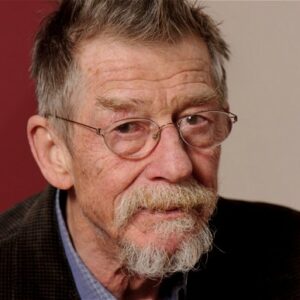 John Hurt was a gifted English actor who starred in some of the most memorable films and television programmes in the British entertainment business. Hurt rose to popularity as a supporting actor in ‘A Man for All Seasons,’ and has had a career spanning more than six decades. Though many people think of Hurt as a kid genius, it’s startling to learn that he wasn’t allowed to watch movies or pursue acting as a vocation as a child. Hurt, on the other hand, was led to his passion by fate, and he made the most of it. Hurt rose to prominence as Quentin Crisp in the TV series ‘The Naked Civil Servant.’ He received a lot of appreciation for his portrayal of Quentin Crisp. Hurt made his film debut in Alan Parker’s American-British prison drama ‘Midnight Express’ in 1978. He played a tortured Turkish prison inmate who befriends Brad Davis in the film. Both commercially and critically, the film received a lot of praise. Apart from an Academy Award nomination, it also won him his first BAFTA and Golden Globe nominations. Hurt would go on to provide some amazing performances in the decades that followed. He did voice work for television shows and films in addition to performing.

John Hurt was born in Chesterfield, Derbyshire, on January 22, 1940, to Phyllis and Arnould Herbert Hurt. His mother was a trained actor and engineer, while his father was a mathematician who later became a Church of England preacher. He even served as the Vicar of Sunderland’s Shirebrook and St John’s parishes.
Hurt’s family relocated to South Derbyshire when he was five years old, and his father became the pastor of St. Stephen’s Church in Woodville. Hurt was raised in a strict household as a child. He wasn’t allowed to watch movies or mingle with the neighborhood children, so he led a solitary existence. While attending the Anglican St Michael’s Preparatory School in Otford, Kent, he was bitten by the acting bug.

Hurt’s first stage appearance was as a girl in the school play of ‘The Bluebird.’ His family relocated to Grimsby, Lincolnshire, when he was 12 years old. Hurt enrolled at Lincoln School as a boarder there.
Despite Hurt’s desire to pursue acting professionally in his later years, his parents were opposed to the concept and suggested that he become an art teacher instead. He joined in the Grimsby Art School to study art when he was 17 years old.

Hurt obtained a scholarship to study for a diploma in arts at Saint Martin’s School of Art in London in 1959. Hurt turned to his first love, acting, when he was unable to obtain another scholarship. Hurt was awarded a scholarship to the Royal Academy of Dramatic Arts in 1960. (RADA). He spent two years there preparing to be an actor.

In 1962, Hurt made his stage debut in the mainstream play ‘Infanticide in the House of Fred Ginger.’ In the same year, he made his film debut in the ill-fated ‘The Wild and Willing’ in a supporting part.
Hurt’s spirit was not dampened by his dismissal, and he went on to play roles in a variety of plays, including ‘Inadmissible Evidence,’ ‘Little Malcolm and His Struggle Against the Eunuchs,’ and so on.

Hurt had his first major part as Richard Rich in the film ‘A Man for All Seasons’ in 1966. He received tremendous acclaim for the film. He then appeared in a variety of theater productions, including ‘Macbeth,’ ‘Man and Superman,’ ‘The Caretaker,’ ‘The Dumb Waiter,’ and ‘Travesties.’

In 1971, he played Timothy Evans in the film ’10 Rillington Place.’ His character was hung for the murders committed by his landlord, John Christie, in the film. His outstanding performance as Evans won him a BAFTA nomination for Best Supporting Actor.

Despite the fact that Hurt had made a reputation for himself in both stage and film, his potential remained untapped. His entire talent as an actor was only realized when he moved to the tiny screen. He was able to showcase his whole spectrum of acting abilities as well as his enormity as a performer on camera.
Hurt makes it big with the television play ‘The Naked Civil Servant’ in 1975. He received tremendous recognition for his portrayal of Quentin Crisp, a troubled gay writer and raconteur. He won an Emmy and a British Academy TV Award for his bold and unashamed portrayal of the flamboyant and controversial gent. Hurt’s powerful performance in the play made his role one that people would remember for years.

Crisp’s masterful performance earned him acclaim in both television and film. He was given huge roles in films and television after his phenomenal breakthrough. Hurt next appeared in the BBC drama serial ‘I, Claudius’ as Roman Emperor Caligula. He was fantastic as a disturbingly unstable, brutal, and crazy Roman ruler.
Hurt returned to the big screen in 1978 for the gripping thriller ‘Midnight Express,’ following his phenomenal success on television. He plays a tortured Turkish prison inmate who befriends Brad Davis in the film. He was nominated for an Academy Award, a Golden Globe, and a BAFTA Award for the elegance with which he played his character.

Hurt voiced two characters in 1978: Aragorn in ‘The Lord of the Rings’ and Hazel, the courageous rabbit leader of his warren in the film adaptation of ‘Watership Down.’ In the animated television series adaptation, he also played the main villain, General Woundwort.

Hurt concluded the 1970s decade with another big single, ‘Alien.’ In the film, he played Kane, the first victim and a crew member whose body is taken over by an extraterrestrial predator. In the same year, he played Raskolnikov in the BBC TV miniseries adaption of ‘Crime and Punishment,’ which aired on BBC in 1979.
Hurt kicked off the 1980s with the film ‘The Elephant Man,’ in which he portrayed John Merrick, a severely disturbed man. He received his second BAFTA award for the picture, as well as Academy and Golden Globe nominations.

Hurt appeared in a number of films during the 1980s, including ‘The Osterman Weekend,’ ‘King Lear,’ ‘Nineteen Eighty Four,’ ‘The Black Cauldron,’ and others. In Jim Henson’s TV series ‘The Story Teller,’ he even played an on-screen narrator.

Hurt had a minor role as ‘Bird’ O’Donnell in Jim Sheridan’s film ‘The Field’ beginning in 1990. His performance in the cinematic adaptation of George Orwell’s seminal classic earned him another BAFTA nomination. ‘Rob Roy,’ ‘Love and Death on Long Island,’ and ‘Contact’ are some of Hurt’s other notable films from the 1990s decade.
Hurt was also a part of the Harry Potter film series. In the first film in the Harry Potter series, he played the minor but vital role of Mr Ollivander, the wand merchant at Ollivander’s, to perfection. He returned for the fourth film in the series, ‘Harry Potter and the Goblet of Fire,’ as well as the final two films in the series, ‘Harry Potter and the Deathly Hallows, Parts 1 and 2’.

Hurt appeared in several films during the decade of 2000, including ‘Dogville,’ ‘Pride,’ ‘Valiant,’ ‘Manderlay,’ ‘Perfume: The Story of a Murderer,’ and others. He played Adam Sutler, the leader of the Norsefire fascist state, in the 2006 film ‘V For Vendetta.’

He played Harold Oxley in Steven Spielberg’s film ‘Indiana Jones and the Kingdom of the Crystal Skull’ in 2008. In the same year, some 33 years after the release of ‘The Naked Civil Servant,’ he played Quentin Crisp again in ‘An Englishman in New York.’ Crisp’s later years in New York were represented in the film.
Hurt played Big Brother in Paper Zoo Theatre Company’s production of George Orwell’s ‘Nineteen Eighty Four’ in 2009. He appeared in three films that year: ‘The Limits of Control,’ ‘New York, I Love You,’ and ’44 Inch Chest,’ the latter of which garnered him a nomination for Best Supporting Actor at the London Film Critics’ Circle Awards.
Hurt played Kingsley Bedford in ‘Jayne Mansfield’s Car’ in 2012. He narrated ‘Charlie Countryman,’ ‘More Than Honey,’ and Benjamin Britten – Peace and Conflict the following year. In ‘Only Lovers Left Alive,’ he played Marlowe, and in ‘Snowpiercer,’ he played Gilliam.

Hurt, along with Eddie Redmayne and Jamie Campbell Bower, provided the vocal for the primary antagonist Sailor John in the Thomas & Friends film ‘Sodor’s Legend of the Lost Treasure’ in 2015. He most recently appeared in three episodes of the 2013 teleseries ‘Doctor Who,’ titled ‘The Name of the Doctor,’ ‘The Night of the Doctor,’ and ‘The Day of the Doctor.’

He gave some outstanding performances for several television shows and films during the course of his five-decade career. His biggest work, however, was for the television show ‘The Naked Civil Servant,’ in which he played Quentin Crisp. Hurt received a lot of praise for his portrayal of the character. Hurt’s filmography includes ‘Midnight Express,’ ‘Alien,’ ‘The Elephant Man,’ and ‘Nineteen Eighty Four.’

Hurt won the Golden Globe and BAFTA Award for Best Supporting Actor for his performance in ‘Midnight Express’ in 1978. He was even nominated for an Academy Award for it.
Hurt won the BAFTA for Best Actor in a Leading Role for his performance in ‘The Elephant Man’ in 1980. He was nominated for an Oscar and a Golden Globe for his excellent performance in the part.
Hurt took home the prize for Outstanding British Contribution to Cinema at the 65th British Academy Film Awards.
Hurt was awarded the Commander of the Order of the British Empire in 2004.
He was named the first Chancellor of Norwich University of the Arts in 2012.
The Shakespeare Theatre Company gave him the Will Award in 2014.
He was knighted in the New Year Honours in 2015 for his unwavering dedication to the world of drama. In the same year, he attended an investiture ceremony at Windsor Castle, where Queen Elizabeth II congratulated him.

Hurt had four marriages over his life. In 1962, he married actress Annette Robertson for the first time. In 1964, the couple divorced.

In 1967, he began a relationship with Marie-Lise Volpeliere-Pierrot, a French model. Hurt and Pierrot had a great friendship for fifteen years. Pierrot was tragically killed in a car accident just before the couple was about to tie the knot.

Hurt married Donna Peacock, an American actress and an old acquaintance, in 1984. The couple relocated to Kenya, but separated in 1990, six years later. In the same year, he married Joan Dalton, an American production assistant. Alexander ‘Sasha’ John Vincent Hurt and Nicholas ‘Nick’ Hurt are his sons from his marriage. This marriage, too, was short-lived, and they divorced in 1996.

In 1996, he began a seven-year relationship with Sarah Owens, a Dublin-born broadcaster and writer. In 2005, he married Anwen Rees Meyers, an advertising film producer, for the fourth and final time.
Hurt revealed in June 2015 that he had been diagnosed with early-stage pancreatic cancer. Hurt announced in October 2016 that his cancer has gone into remission.
The death of John Hurt was reported on January 27, 2017. While the specific reason of his death has yet to be determined, it is thought that a relapse of pancreatic cancer was to blame.

Estimated Net Worth Of John Hurt

John Hurt was an English actor with a $30 million net worth. John Hurt was born in Chesterfield, Derbyshire, England on January 22, 1940. He grew up living across the street from a movie theater and was forbidden from going to the movies as a child. Hurt’s breakthrough performance came in the 1966 film “A Man for All Seasons.”